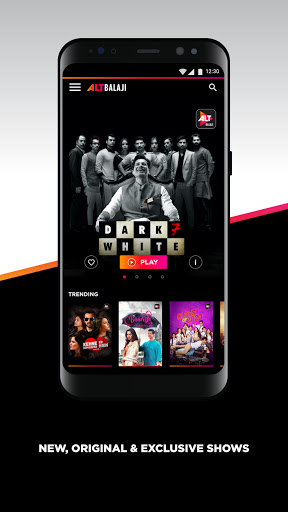 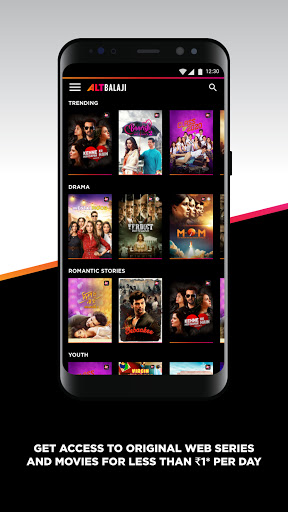 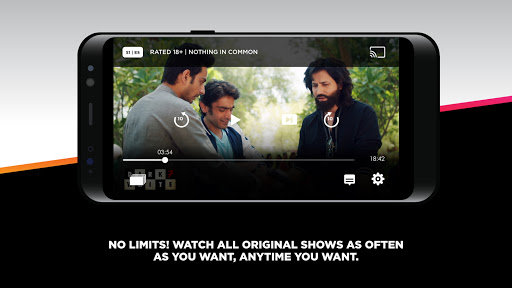 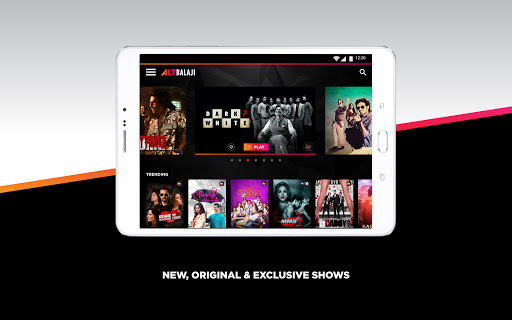 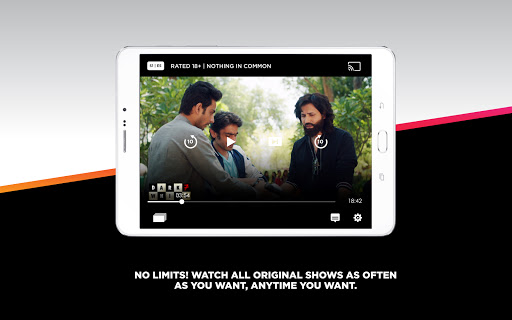 ALTBalaji is a subscription-based Video-on-Demand app that offers never seen before online web series written by acclaimed writers, starring popular celebrities, & directed by award-winning directors.
Our online subscription service is pocket-friendly & starts at just ₹100* for 3 months. Increase your duration of subscription & save more on 12 months subscription by just paying ₹300*. Watch your favourite episodes online right on your device in 80 paise per day.
Benefits of Subscription:
• Stream all episodes in HD without interruption
• Download your favourite shows & watch them offline.
• Get fresh & tailored content.
• No limits! Watch all shows
• Stream seamlessly on up to 5 devices simultaneously
New & Upcoming Web Series
• Bicchoo Ka Khel Web Series
Bicchoo Ka Khel is a crime-drama with a dash of quirkiness starring Divyenndu, Anshul Chauhan, Trishna Mukharjee, Mukul Chadda, Satyajit Sharma, Rajesh Sharma, Gagan Anand. Watch Bicchoo Ka Khel only on ALTBalaji.
• Dark 7 White
Dark 7 White is a youth oriented murder mystery with a quirky dark humour starring Sumeet Vyas, Nidhi Singh and Jatin Sarna. Watch Dark 7 White only on ALTBalaji.
• Mum Bhai Web Series
This is the story of the 90s Bombay when mafias used to rule the city of dreams, Bombay and extortion, drugs, kidnappings, and murders were the order of the day. Starring Sikandar Kher, Angad Bedi, and Sandeepa Dhar. Watch Mum Bhai only on ALTBalaji.
• Gandii Baat 5
Gandii Baat, the web series bigger than ever yet again draws the attention of the audience with its youth-centric plot in season 5. The brand-new season of Gandii Baat 5 will take the entire nation by storm with its super sensual performances and engaging young storyline. Watch Gandii Baat 5 only on ALTBalaji.
• Bebaakee
The show, Bebaakee is a story of two opposite characters, Kainaat (Shivjyoti Rajput) and Sufiyaan (Kushal Tandon). Irrespective of their contrasting lives, their mutual love for journalism brings them together. However, the story turns into a love triangle when Imtiaz’s (Karan Jotwani) enters in their lives. Watch Bebaakee webseries on ALTBalaji.
Best ALTBalaji Web Series
• X.X.X Web series
One of the hit web series of the adult genre has returned with another season. Each episode has an original story and an erotic theme of its own, giving the viewers something new to look forward to. All episodes of XXX season 2 now streaming on ALTBalaji
• Gandii Baat
Spice up your life. Experience some fun! When love and lust meet on Gandii Baat (Adult web series), they stir up sexual preferences and equations that are taboo, weird, exciting, and crazy, yet progressive at the same time in today's ever-changing society.
All seasons of Gandii Baat web series are now streaming only on ALTBalaji App.
• Code M
Military lawyer, Major Monica Mehra (Jennifer Winget), is roped in to solve, what seems like an open and shut case, of the death of an army officer, killed by militants in an encounter. The truth is far from what it appears to be. Will she crack the code? Watch Code M web series
You can watch some episodes of these shows for FREE, both on website & on the app.
Shows for Everyone
Our shows range from thriller, mystery & crime to drama, comedy, horror-comedy & romance. ALTBalaji has online web series for just about everyone.
Watch Top Movies on Mobile
Enjoy a curated set of Bollywood movies online featuring golden oldies to recent blockbusters. Watch top Bollywood movies online like Lootera, Shootout at Wadala, Ragini MMS 2 (starring Sunny Leone) other Bollywood movies.
Watch Comedy Shows & Stand-ups
We have some of the funniest comedy shows & stand-up comedy. ALTBalaji has created original & exclusive comedy show Boygiri to tickle your bone.
For any feedback or queries, please mail us: support@altbalaji.com
Terms of Use: https://www.altbalaji.com/termsofUse

Festive Greetings to everyone out there!
We’ve been striving hard to release a new version of the app amidst these festivities.
We’ve simplified and improved the way to contact our support teams. Your purchase history also looks better now. And as always, some nasty bugs are quashed!
Have any questions? Use the CONTACT US section within the app and drop a word. We are all ears!!