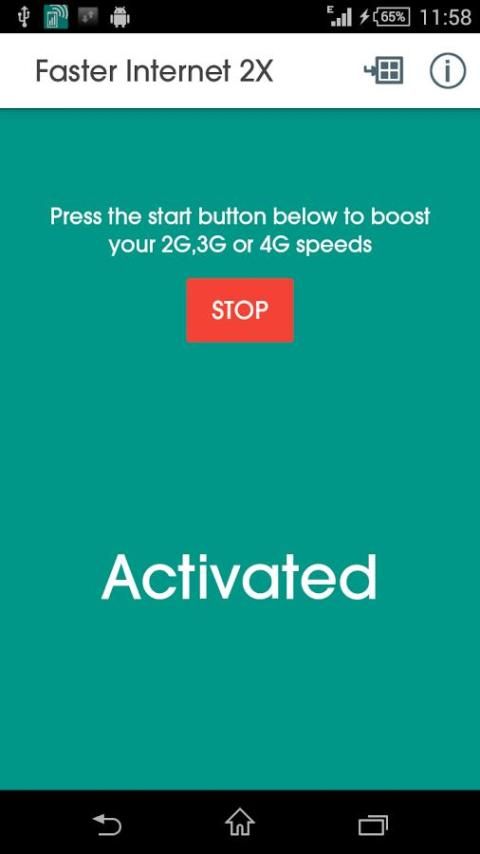 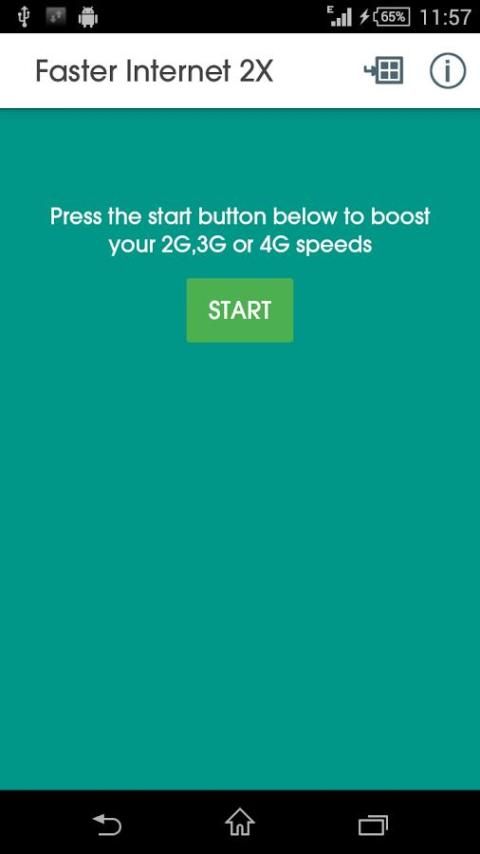 With the development of technology, more and more apps appeared in the mobile market. 20,000+ users downloaded Faster Internet 2X latest version on 9Apps for free every week! This makes the app feel more like a popular merchandise, which is very positive in my opinion. This hot app was released on 2015-01-13. Download and play this free app for android mobile phone now!
Faster Internet 2X
Still stuck with your old 2G,3G and 4G speeds. Race ahead with Faster Internet 2X.
Increase your internet speed upto 2 times its normal.
This app uses special scripts to boost your internet speed. It also improves signal reception
Works with both rooted as well as non-rooted phones. However, works best with rooted phones.
To know more about rooting, head over to -
http://forum.xda-developers.com/index.php
USER COMMENTS:
Great app This stuff works 2 thumbs up
Faster Internet It really help my phone Network
Awesome. Does what it says. I used speed test, got 500kb/s Used this app now I get 800kb/s.
Amazing! 2x is being modest! This app got my Galaxy Note 2 moving at 55Mbps! My phone is faster than my home computer on the Internet! My home moves connection is only 25Mbps
INFO ABOUT VIRUS - Some people have stated in comments that this app is a virus. This is because they use an antivirus app that identifies apps containing ads as virus apps. However, do not worry as I do not like to spread malware. This app only contains ads that you can dismiss if you want.
So if you see any negative comments about viruses just laugh it away :P