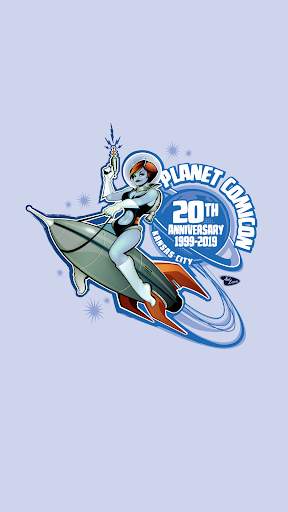 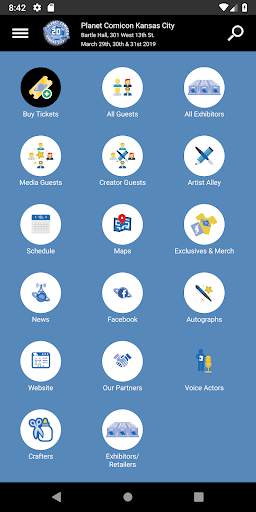 Founded in 1999, Planet Comicon Kansas City is celebrating its 20th anniversary as Kansas City’s largest and longest-running comic book convention and pop culture event. Not affiliated with any other event, Planet Comicon is locally owned and produced and is one of the region's largest events of its kind. It'll feature over eight football fields worth of celebrities, comics, artists, vendors, collectibles, merchandise, interactive exhibits, programming, and family-friendly fun. It's 20th anniversary event also includes a massive Esports tournament featuring $20,000 in prizes and games like Overwatch, Counter-Strike, League of Legends, and more.
PCKC is held at the Kansas City Convention Center’s Bartle Hall, located in the heart of Kansas City’s downtown entertainment district. This app is your personal digital guide to everything Planet Comicon Kansas City has to offer. Features include…
- Bios and panel schedules for all of our celebrity guests, comic creators, and visiting cosplayers.
- Our schedule for hundreds of hours of panel programming and presentations.There’s sure to be something for everyone.
- A full listing of our 2019 exhibitors, retailers, participating artists… over 200 in all!
- Maps of our show floor and panel rooms spanning over 450,000 square feet of comic and pop culture attractions.
- Info about the interactive features, exhibits, activities and family-friendly entertainment opportunities within our Planet Entertainment Zone (the PEZ).
- Autograph and photo op pricing and schedules.
- And MUCH MORE!
Planet Comicon is a three-day extravaganza attended by tens of thousands of fans from across the country. It features the best in comic book creators, cosplay, fantasy, sci fi, superhero television and film, and gaming. PCKC also boasts one of the largest cosplay displays in the country, with costume contests and showcases throughout the weekend.
For more information about the 20th Anniversary of Planet Comicon Kansas City, guest announcements and ticket details, visit planetcomicon.com.