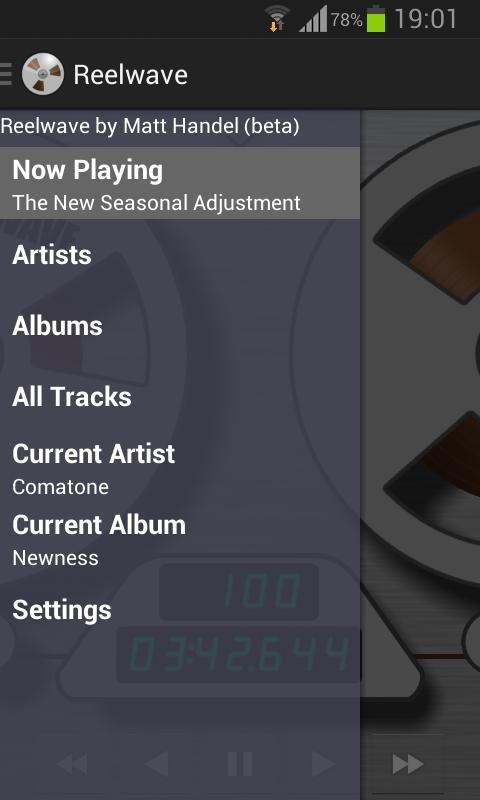 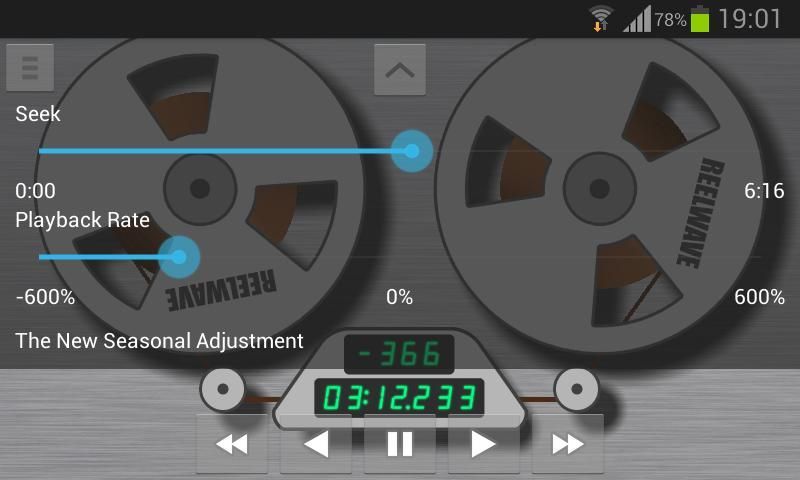 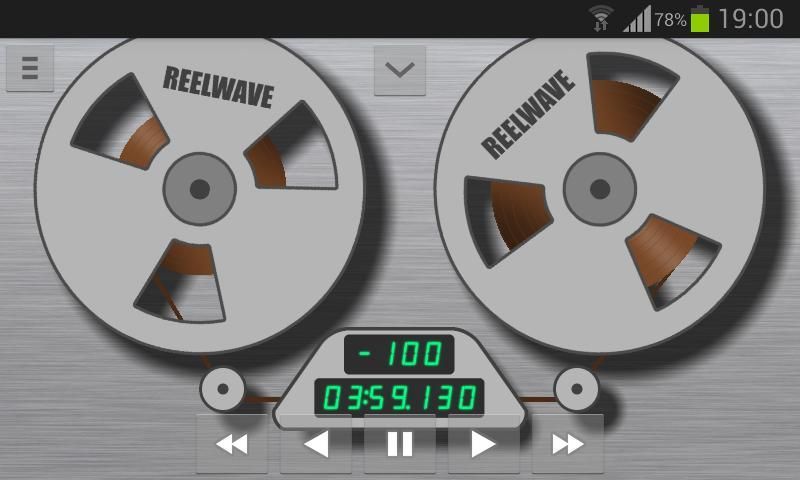 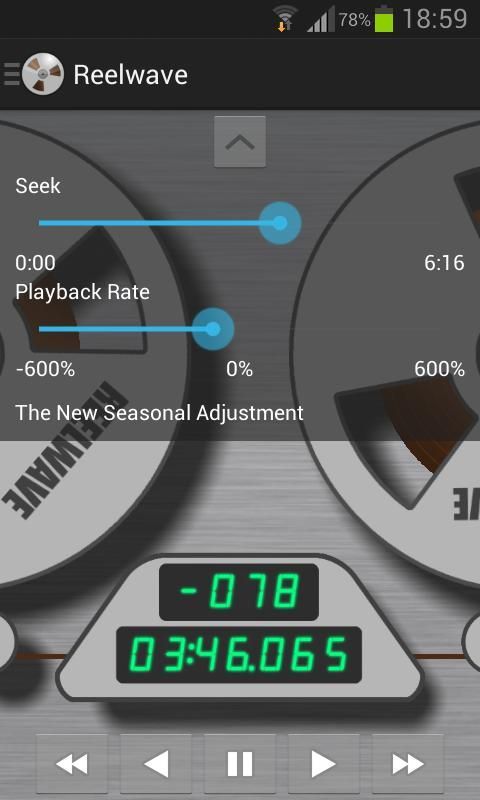 It can be said with certainty that 20,000+ users downloaded Reelwave Beta latest version on 9Apps for free every week! The world's most powerful app is here waiting for you. This hot app was released on 2016-05-23. Why not download and have a try?
DISCLAIMER - THIS IS AN EARLY BETA VERSION
Reelwave is an interactive audio player app that simulates a reel-to-reel tape player. It resamples audio in real time, allowing you to hear tracks from your music library played at any speed, both forwards and backwards. Reacts instantly and smoothly to playback commands.
With the playback control buttons at the bottom of the screen you can instantly reverse the play direction, and audibly fast forward or rewind as if there were actual audio tape passing through a tape player.
Tap the down-arrow at the top of the screen to access more controls including a seek bar and a play rate slider, which allows you to change the playback rate in real time, including negative rates (reverse playback).
The animated interface is also interactive - touch the screen to grab the reels as they're spinning and rotate them manually for some fun effects.
The application's options allow you to change the reaction time of the tape deck's virtual motor when changing the play rate silder or using the play, pause, fast forward and rewind buttons.
Reelwave lets you experience your music in a different and fun way!
**** PLEASE NOTE that this is an early BETA version and has a few known issues. It is likely that you'll experience the occasional bug or glitch. It would be greatly appreciated if you report any issues via email at
reelwaveapp@gmail.com
.