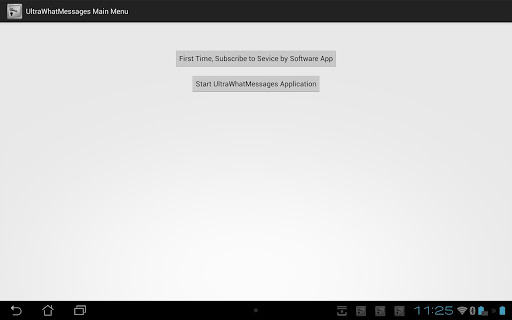 Recently, there was a widely publicised successful hacking to accounts on two well known networking and messenger software apps using known weaknesses and vulnerabilities of little known international network called SS7. The technique is very simple and very known to spies and hackers. The technique capitalizes on using mobile phone numbers for verification, and end-to-end encryption. Shortly after, there was a news report that the Electronic Military Intelligence of certain country have hacked the accounts for 15 millions users of one of those two well known messenger software app. The President of the company that developed the software app have denied the news. However, there was not any independent reports to confirm either side of the story.
The Whatsapp software app uses the above mentioned verification and encryption techniques. From the technical point of view, it is well known to the experts in the field that the above mentioned verification and encryption approaches leaves the users easy target and prey for spies and hackers.
This app provides a second completely independent layer of proven military/intelligence/security grade encryption (using AES-256) for messages sent on the Whatsapp app. If a spy or a hacker is successful in gaining access to the user's account, the spy/hacker will not to be to read the message because it is completely encrypted by independent key. This app will need the support our free app SecuredPGPWhatMessages to be installed on the device.
Whatsapp app will attach only multimedia file formats (6 different formats). As a result, it will not attach encrypted files. Therefore, this app will encrypt only messages for Whatsapp app. Users interested in attaching encrypted files should look at our other apps SecuredEmail and SecuredIM which can attach encrypted files of any format.
On some devices, this app can not launch the Whatsapp app. Therefore, this app will copy the encrypted message to the clipboard (i.e. buffer). The user can then paste the encrypted message into the space for the regular message, and then send it in a regular fashion to the contact who owns the encryption key used in encrypting the message.
This app is available for monthly subscription. The value of the monthly subscription depends on the location of the user. If the user tries to use the app without buying first the monthly subscription, the app will stop working or crash by design (depending on device and the version of the android).
Check our full line of serious secured apps for serious professionals:
- SecuredEmail for secured encrypted emails;
- SecuredIM for secured encrypted IM (Instant messages);
- SecuredMms for secured encryped MMS;
- SecuredVault for secured large data/info storage and transfer/sending;
- UltraTelegram for secured encrypted messages and attached files on Telegram app;
- UltraFacebookM for secured encrypted messages on Facebook;
- UltraWhatMessages for secured encrypted messages on Whatsapp;
- UltraViberM for secured encrypted messages on Viber;
- UltraAllo for secured encrypted messages on Allo app;
- UltraInstaMessages for secured encrypted messages on Instagram;
- UltraSkyMessages for secured encrypted messages on Skype.
We are introducing this app and many other similar apps as part of our long deep and strong passion and commitment to use technology to support and help democracy, freedom of expression, and human rights activists, opposition/supporters and general people against injustice and oppressive police/military/royal dictatorships, and highly corrupt regimes. We are not located in USA. Therefore, we are not under legal obligations to provide personal and private information about our users to spy/security agencies. It is our dream and goal to help to create a better and safer world for everyone.
(*) All tradenames mentioned above are owned by their respective companies.