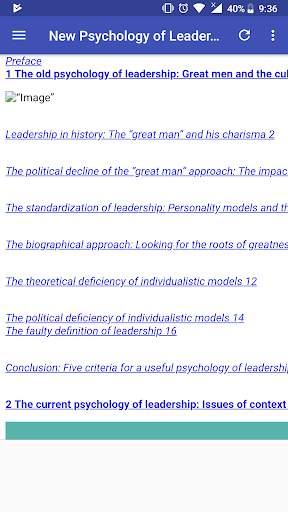 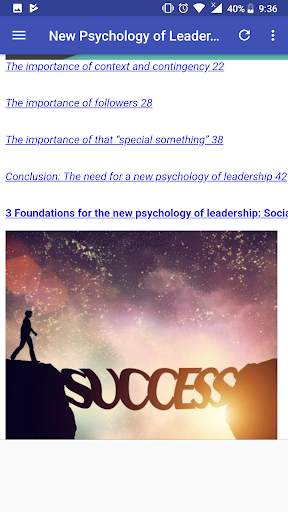 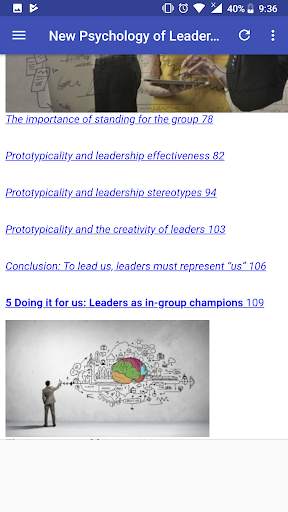 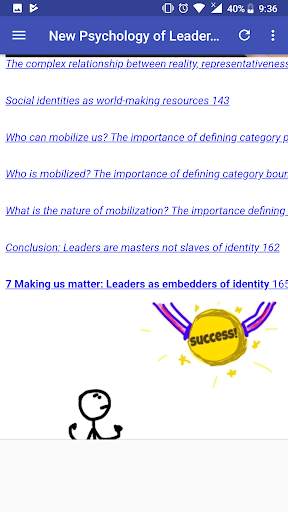 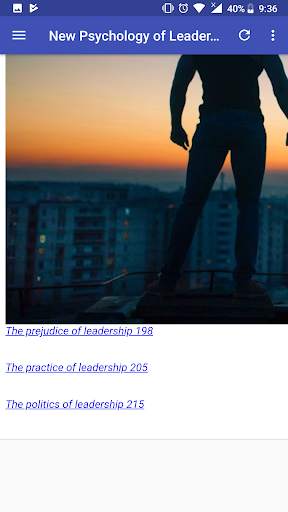 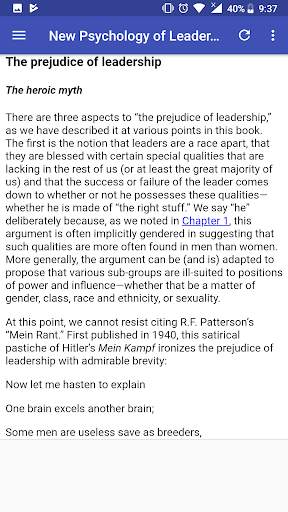 The leaders who work most effectively, it seems to me, never say “I”. And that’s not because they have trained themselves not to say “I”. They don’t think “I”. They think “team”. They understand their job to be to make the team function.… There is an identification (very often quite unconsciously) with the task and with the group.

The New Psychology of Leadership, raises three questions. What do we mean by leadership? What do we mean by the psychology of leadership? And what is new about our approach to the psychology of leadership? It is best to be clear about these matters before we start on the body of the book.
What is leadership?
Leadership, for us, is not simply about getting people to do things. It is about getting them to want to do things. Leadership, then, is about shaping beliefs, desires, and priorities. It is about achieving influence, not securing compliance. Leadership therefore needs to be distinguished from such things as management, decision-making, and authority. These are all important and they are all implicated in the leadership process. But, from our definition, good leadership is not determined by competent management, skilled decision-making, or accepted authority in and of themselves. The key reason for this is that these things do not necessarily involve winning the hearts and minds of others or harnessing their energies and passions. Leadership always does.
Even more, leadership is not about brute force, raw power, or “incentivization.” Indeed we suggest that such things are indicators and consequences of the failure of leadership. True, they can be used to affect the behavior of others. If you threaten dire punishment for disobedience and then instruct others to march off towards a particular destination, they will probably do so. Equally, if you offer them great inducements for obedience, they will
probably do the same. But in either of these cases it is most unlikely that they will be truly influenced in the sense that they come to see the mission as their own. If anything, the opposite will be true. That is, they are likely to reject the imposed mission precisely because they see it as externally imposed. So, take away the stick—or the carrot—and people are liable to stop marching, or even to march off in the opposite direction in order to assert their independence. Not only do you have to expend considerable resources in order to secure compliance, but, over time, you have to devote ever-increasing resources in order to maintain that compliance.
In contrast, if one can inspire people to want to travel in a given direction, then they will continue to act even in the absence of the leader. If one is seen as articulating what people want to do, then each act of persuasion increases the credibility of the leader and makes future persuasion both more likely and easier to achieve. In other words, instead of being self-depleting, true leadership is self-regenerating. And it is this remarkable—almost alchemic— quality that makes the topic of leadership so fascinating and so important.