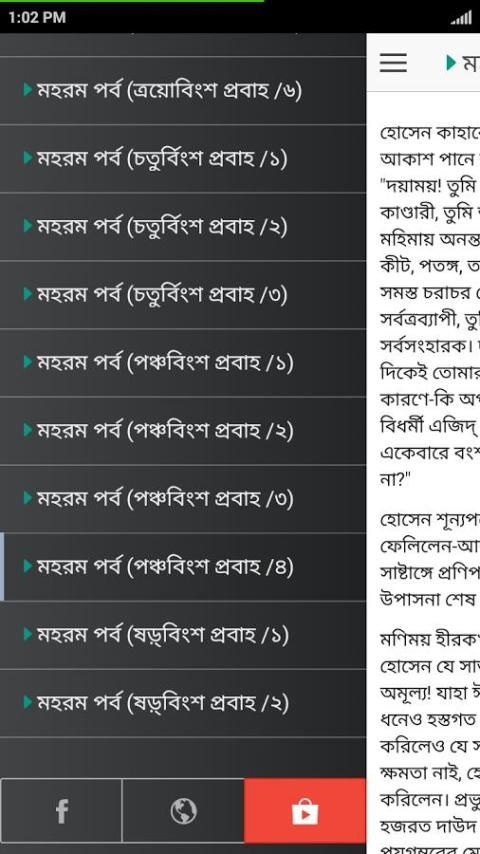 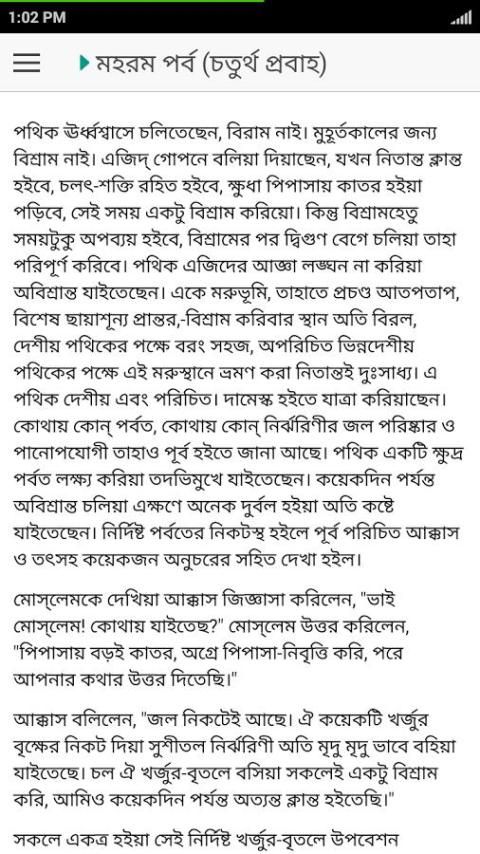 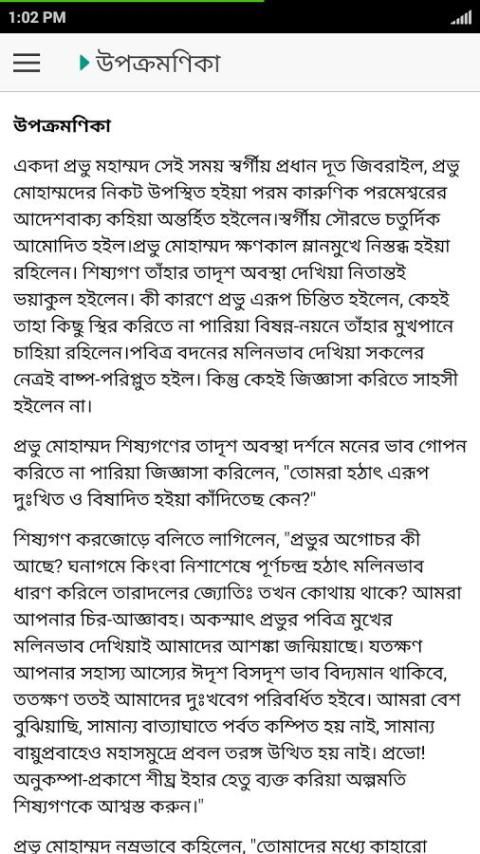 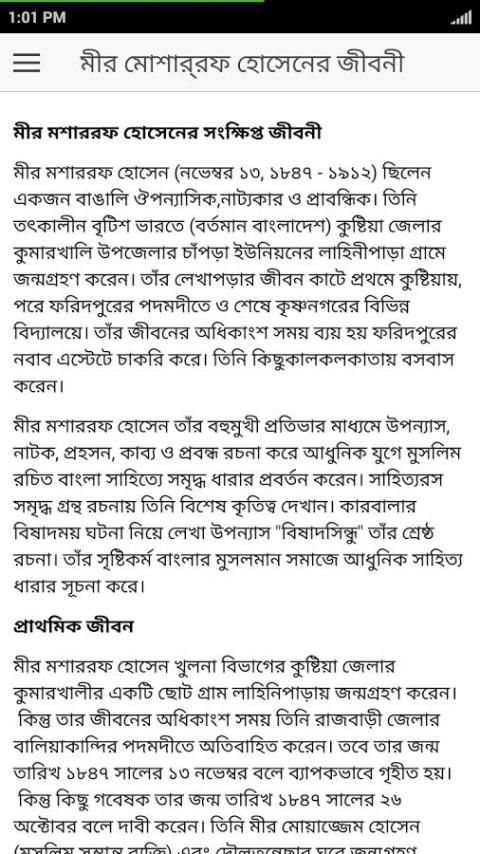 9Apps is your first choice to download apps. 20,000+ users downloaded বিষাদ সিন্ধু latest version on 9Apps for free every week! And it was enormous fun This hot app was released on 2016-10-12. I believe that if you are an android apps lover, you would not miss it.
Mir Mosharraf Hossain (1847-1911) grief-Sindhu (1891), a classic Bengali upanyasasahityera creation section. This novel is still speaking before more than satabarserao published a unique book could be considered to sahityapipasudera. Bengali literature in the history of the century-all exceeded the book's popularity, no doubt one of the gloom-Indus. Karbala on 61 Muharram in the Hijri months have been a painful grief-Sindhu novel based on the story. Whatever the source of the story, the truth of history, an epic bisalataya to shape the identity of the Mir Mosharraf Hossain suparisphuta exceptional silpacetanara. Converting the truth, the truth of the history of art, she has achieved fulfillment classics. In this novel, Mir Mosharraf Hossain, the resort's history have made the possibility of human-to-eternal sabdabhasya he is not a servant of history, art Bosch. Pumthisahityakendrika history Sindhu resorting grief has become the creator of human dignity and the possibility of exceptional talent, touch the sound-image.
Dramatic conflict, suddenness, grief-character internal conflicts and shelter sanlaparitira Sindh Chief silpabaisistya novel. For beauty, jealousy, drama, deep faith and religious values ​​of these trends characterized Mir Mosharraf Hossain basic-based strategies. The resort tendencies of Mir Mosharraf Hossain said the grief-Sindh's minor-key caritrarasi. Sindhu grief of it like the main character, he's the hero of this novel. Mosharraf Hossain manabanistha and literary preferences of the character at the center of it like-evolve.
Mir Mosharraf Hossain distinction as a novelist is that, despite the emergence of cultural musalimasamaja backward from the beginning of the creative literary humanists were able to associate itself with the fundamental trend. Grief-Sindh novel silpacaritrya review bisayasbatantrya and if this is really apparent to us. Grief-Indus, true sense, a distinct section Bengali novel, novel, unique and unsurpassed.