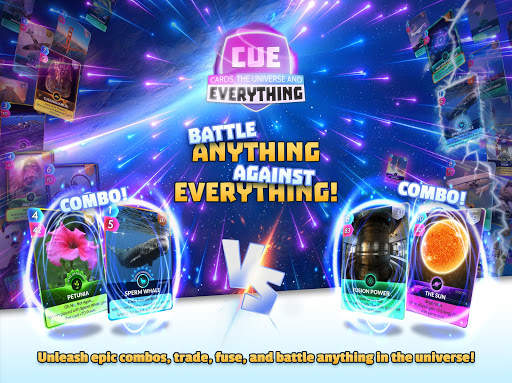 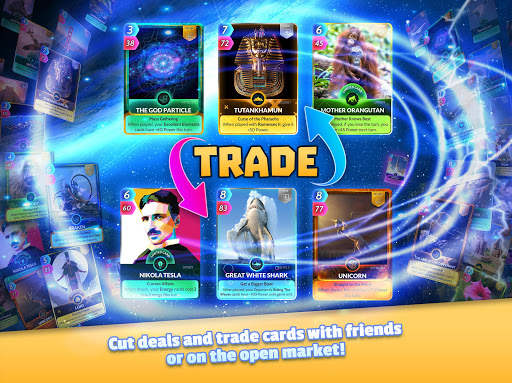 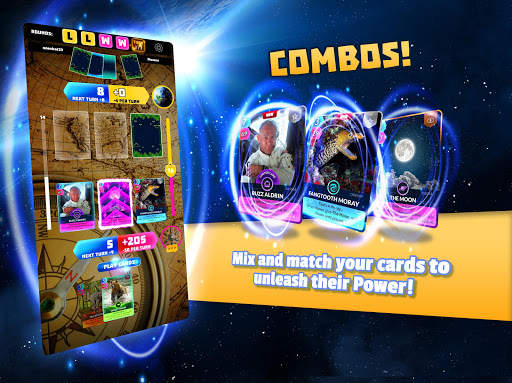 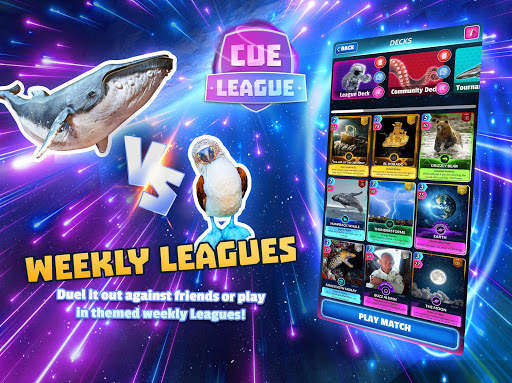 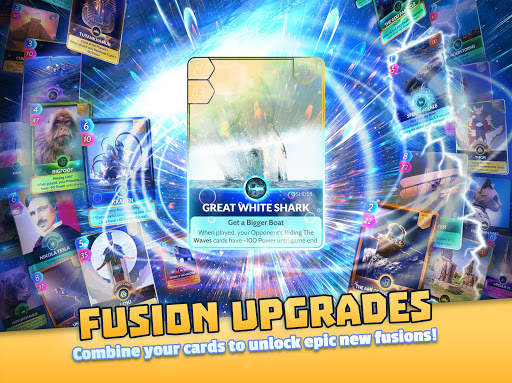 Hey CCG Fans! We have a question for you...
Ever wondered who would win in a fight between a quokka and Loki, god of mischief?
What about a baboon versus a tyrannosaurus?
Alexander the Great vs the Milky Way? (not the chocolate bar, that would be silly)
Then look no further!
Cards, the Universe and Everything (CUE) is a card-collecting game CCG, that allows you to battle, collect, stack and trade (TCG) all types of amazing, unusual, unique and powerful cards from across the universe.
If you love CCG games and you can’t get enough of TCG games and you are crazy for PvP games…. Then CUE cards will bring the challenge you are looking for. It combines all the features you love including FREE card trading, crafting and powerful combos.
CUE Cards is an entertaining escapade designed to scratch your curiosity itch: a cornucopia of miscellany and mash-up, featuring bears, space, dinosaurs, nebulae, Zeus, Samurai, the Sphinx, the Sun, Isaac Newton, elephants, volcanoes, kings and queens, calculus, sharks, and so much more.
**Knowledge is power! You’ll need curiosity, skill and top tactics when competing and battling against others across the globe as you battle it out in the CUE arenas. PvP at it’s best!
**Multidimensional cards. Collect a wide range of unique and fascinating CUE cards with digestible facts, general knowledge and trivia on almost any subject; science, space, palaeontology, history and many more! A card collecting game that’s addictive in all the right ways. Build your decks (dex) and strategy to battle it out against your opponents.
**Friends and Foes - PvP. Fight it out with friends (and enemies!) from across the globe in Weekly CUE Leagues. Collect trophies and climb the leaderboard to win big in-game prizes!
**Trade. Connect with your friends and trade cards for free in a safe game environment. Like you, we love TCG games - so we’ve made ours the best we could imagine.
**So. Much. Free. Stuff. Collect multiple FREE rewards every day to build your CUE card collection!
**Card Crafting. Fuse your duplicate cards together to create awesome powerful new cards and devastating combos!
Much like our universe, the CUE universe continues to expand over time adding more and more CUE Cards daily across culture, science, technology, engineering, maths, history, space, nature, magic, maths,
general knowledge and… well, pretty much...

- New in-game settings. Check out the new settings for hiding VFX and Ability pop-ups.
- Timed level-up offers. You can buy your skipped level-up offers from the home screen...for a limited time.
- Improved ad fill. Not getting an ad should now be a thing of the past. Or at least a less-frequent future.
- Fusion alert clearing. No more annoying red circle!
- As usual, we've fixed a big ol' bunch of bugs. Because we're very talented. Please ignore the fact the bugs were there in the first place.