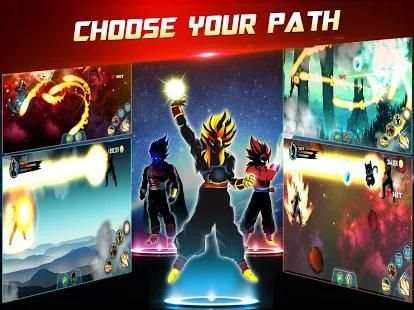 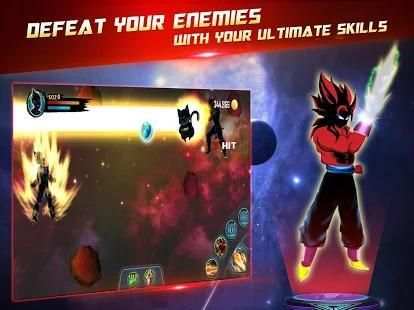 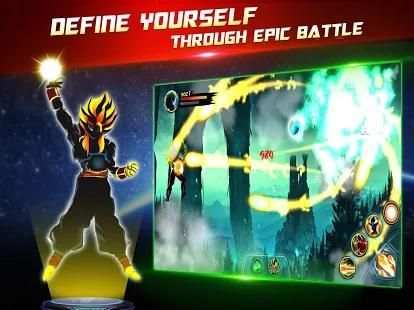 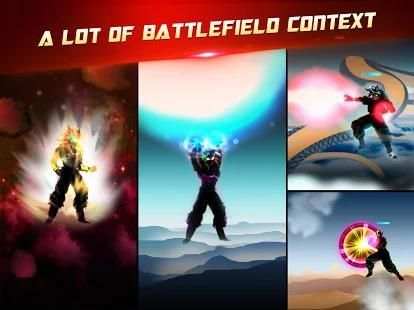 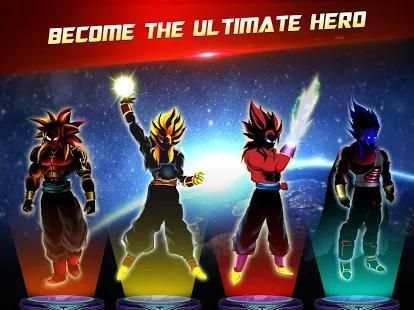 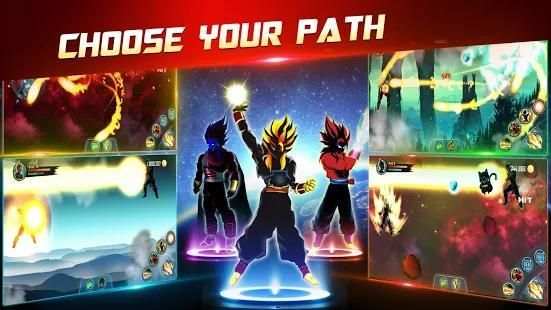 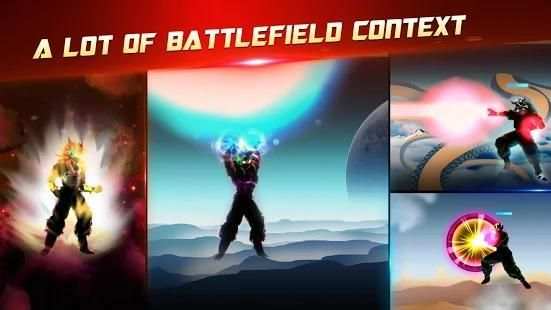 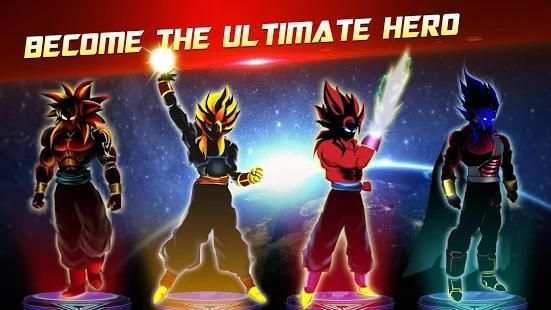 Millions of free Android apps are provide on 9apps. 20,000+ users downloaded Dragon Hero Battle 2 latest version on 9Apps for free every week! And now, this app adds more functions. This hot app was released on 2018-04-03. You’ll want to use it on your own phones after you know more.
Dragon Battle Legend: Super Hero Shadow Warriors officially debuted as a major event on the world and google play. The best combat action game of 2018 will bring player amazing experiences. You will transform into your own superheroes and fight for justice and peace on the planet.
Super Battle of God vs Devil base on Google Play has been return! Good games on mobile, smartphone and tablet. Offline games but also features online, multiplayer, leaderboard, challenge mission system.
You will transform into your character and adventure though many different planets, learn a lot of martial arts and also versus many legendary characters. The battles are extremely fierce and in order to win the player must have the proper tactics combined with the super saiyan skills.
You can play game everywhere, everytime,: you can play when cooking, in office, in the car or bus, plane, train, even when you watching football, anytime you want.
Game are made for everybody , all age , boy or girl, children or adult , men or women, under or over 18 age.
Dragon Battle Legend: Super Hero Shadow Warriors is not an online game so you can only play with the character of the machine
The best game ever for dragon battle legend fan with more than 80 saiyan forms.
The cool saiyan transform effect and many bosses what you will love the way to fight if you love for Dragon Battle Legend: Super Hero Shadow Warriors Fan FC and You like it.
Become super heroes and warriors of legend with full skill of a super hero special more than all on global.
In this game, you will in super hero role also superheroes and fight with big bosses, the most dangerous enemies in universe. Your enemies will upgrade their power each level, and … they will absolute make you hard to win.
Dragon Battle Legend: Super Hero Shadow Warriors is a fight game with dark characters, only 1, 2, 3 or 4 times you do not hit you will be defeated by your opponent.
The game is designed in the form of shadow and flexible movement, shadow fight battle of 2 dragon warriors in the world.
------------------ Character & Skill------------------
- The best skill of Goku : Kamehameha fighting
+ 20 Super sayan levels.(SSJ1,SSJ2,….SSJ20).
+ Normal skill : Little with kung fu "Kai" Energyball.
+ Intermediate skill: Great "Kai fighter" Energy ball from sky.
+ Ultimate skill: amazing Kame - blow enemy with "KAI" energy.
+ Melee skill : Perform spectacular martial arts - Combine shadow punch and shadow kick.
- Vegeta - Goku’s half brother - the person who protect the earth with Goku. His best skills is Galick Gun, Lucora Gun, Final Flash…
- The unique story for each character. Another characters will be appeared in the next updates
-----------------FEATURE-------------------
- Easy to play and control a to z
- 20 Super Hero ball Levels with amazing graphics shadow
- 80 levels / story with > 40 bosses.
- Many challenges each levels
- Many characters to collect and upgrade.
- Easily earn coin with watch reward video
- Use many skill to beat Boss, melee attack, air attack, ground attack.
- Use god beans to recover health and power.
- Use coins or watch video to re-spawn in current place.
- Watch video or use coins to avoid downgrade level.
- Watch video or use coins to spin lucky wheel.
- Watch video or use coins to buy god beans.
- Change main character to fight, unlock super sayan levels
- Easy control
- Share highscore in the facebook, twitter, instagram…
- Amazing 3D pseudo-graphics, great sound provide great gaming experience.
Dragon Battle Legend: Super Hero Shadow Warriors - The best action game with many legends. DON’T WAIT ! DOWNLOAD NOW!