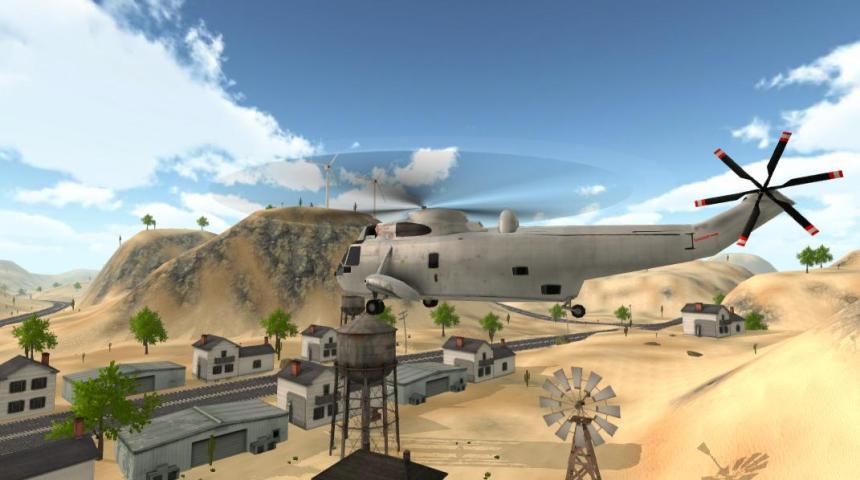 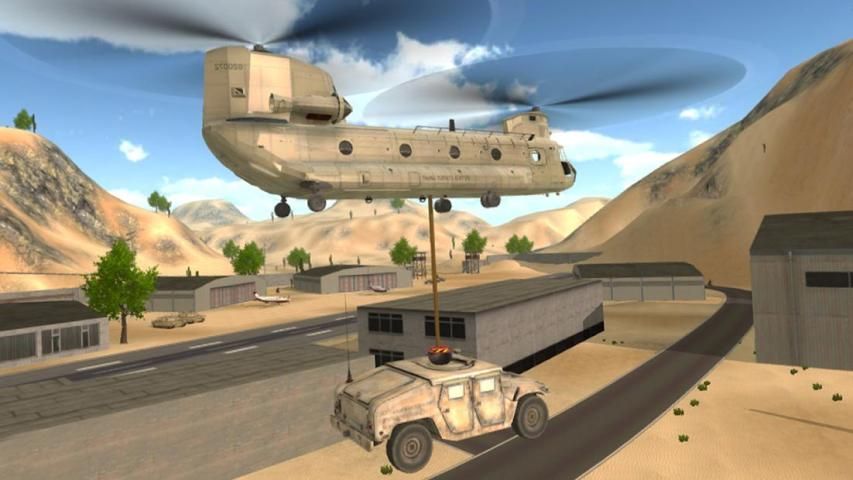 Find most popular android apps here！ 30,000+ users downloaded Helicopter Army Simulator latest version on 9Apps for free every week! Although you probably won't notice it at first. This hot app was released on 2018-12-01. You can free download it from 9Apps.
Help your fellow army soldiers and fly real military air force helicopters in a massive open desert environment ready to explore; more than 16 km² of area to fly around in!
Fly around and take part in unique top secret missions to unlock even more cool army helicopters and become a professional air force pilot in one of the best army helicopter simulator games.
!! Helicopter Army Simulator contains 20 military operations !!
Choose from a wide range of rescue, police helicopters and more! Fly in the cockpit of a hangar full of military copters like AH-64 Apache, Ch-47 Chinook or Mil Mi-8, and even more!
Help others in danger by being a part time Firefighter. Grab the flight stick to transport gallons water and extinguish village building fires.
Assist and transport army vehicles like tank helicopter, move objects with a super powerful electromagnet.
Or take blow up blockades in the road to escort Humvee convoys safely back to base with the Apache helicopter to fire target locking missiles.
Freely explore the huge desert to locate one of 20 helicopter flying missions, or fly around and do whatever you want. You have the choice to do whatever you want in one of the best open world army helicopter simulator flying games!
Use the game's helpful mini-map to assist you with missions spots, expand by tapping on it.
Explore from the sky above the huge desert offroad environment filled with lots of points of interest to discover.
Example of missions :
- Search and rescue: use your helicopter to rescue stranded soldiers
- Firefighter: collect water and extinguish the village building fires.
- Transport vehicles: transports tanks and Humvees with powerful electromagnets
- Blow up road blocks to protect travelling military convoys
- Get the ammunition cargo at the top of mountains
- Training your helicopter skills with flying courses
- Go through all the checkpoints as fast as possible
- Escort five star generals through the desert to their destinations
- Fire rockets to take out dangerous criminals in tanks
- Landing on a moving container ships
- Locate stolen cargo at night using night vision
Features :
- Huge desert open world environment
- Realistic helicopter flying simulation
- Realistic helicopter flight physics
- High quality military choppers, used in actual army tours
- Dynamic camera angles
- Easy to play flight controls, use touch and tilt controls!
You can adjust the quality button to play without lag.