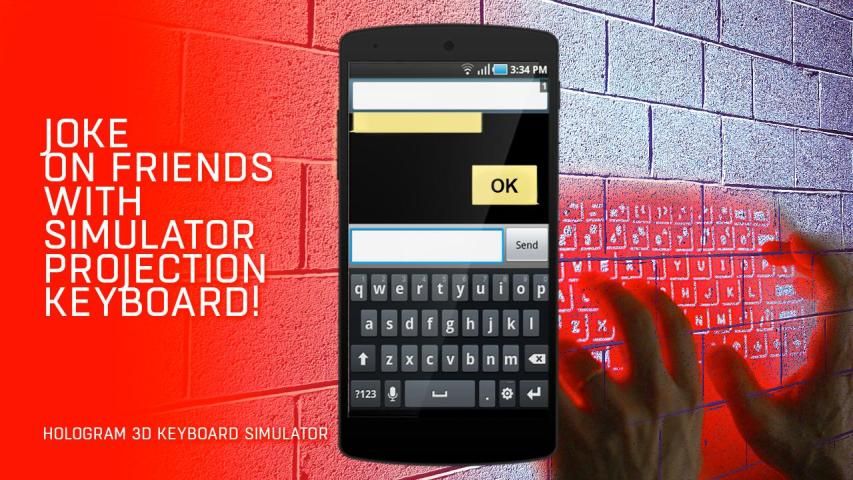 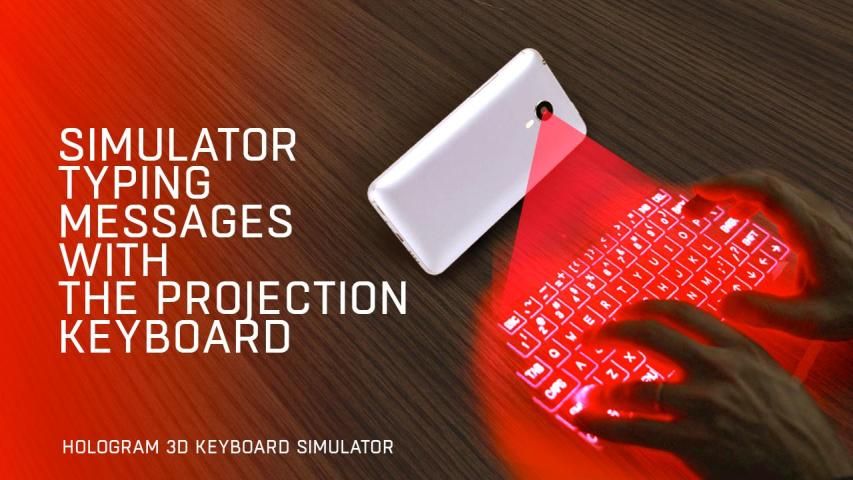 Hot applications make large number of downloads. 20,000+ users downloaded Hologram keyboard simulator latest version on 9Apps for free every week! Although you probably won't notice it at first. This hot app was released on 2017-09-16. And it takes your phone small room to run it.
Hologram keyboard - a simulator 3D laser projection using the camera and flash the phone! Make fun of friends by showing them the projection of the keyboard on the screen!
In the game on the phone screen appears the image of luminous laser keyboard, turn on the phones camera flash, flashlight, and it seems that the surface is shining 3D image computer keyboard!
Hologram 3D projection keyboard - just a joke! The camera phone can project images on any surface! Phone is not a device for generating laser keys for typing messages and - it is only a simulator, a joke!
Not far off is the day when the modern gadgets will be able to any projection of 3D images, and possibly committing 3D video calls, but so far we can only dream about