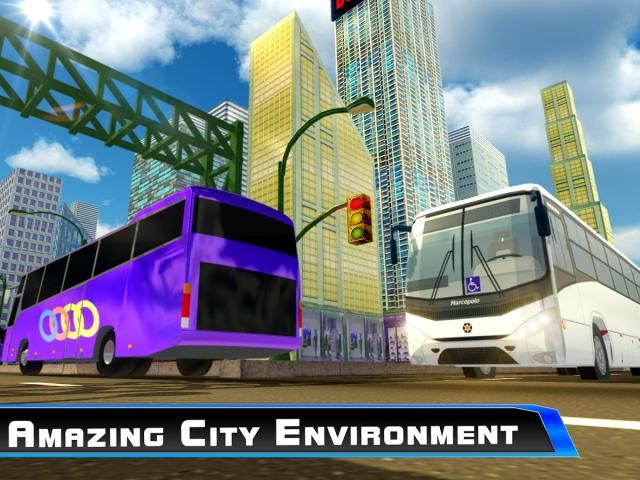 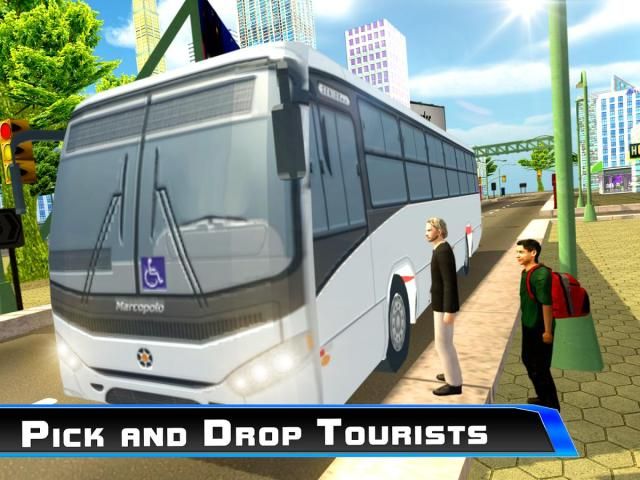 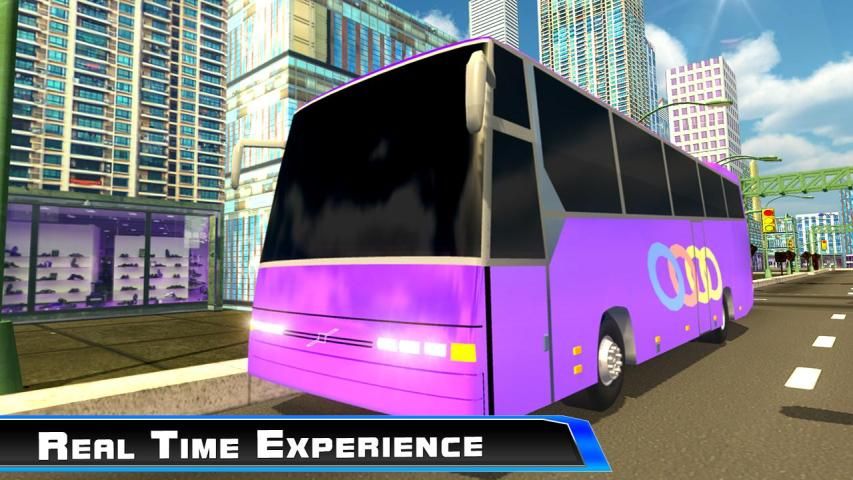 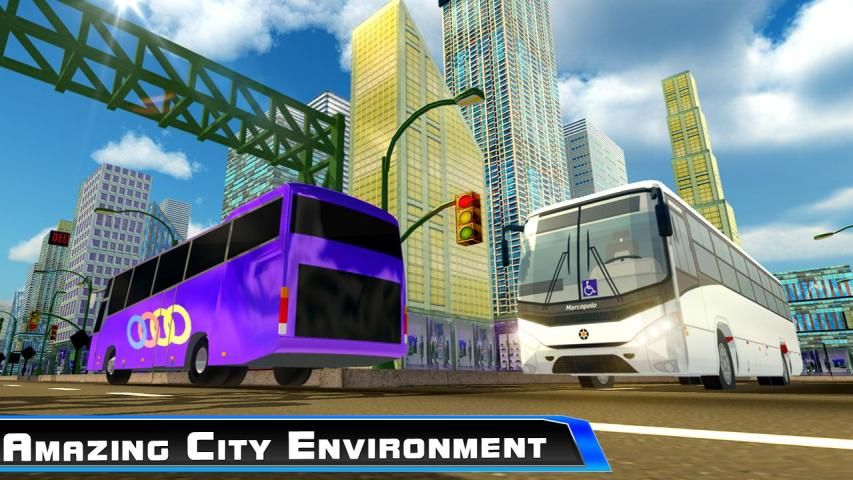 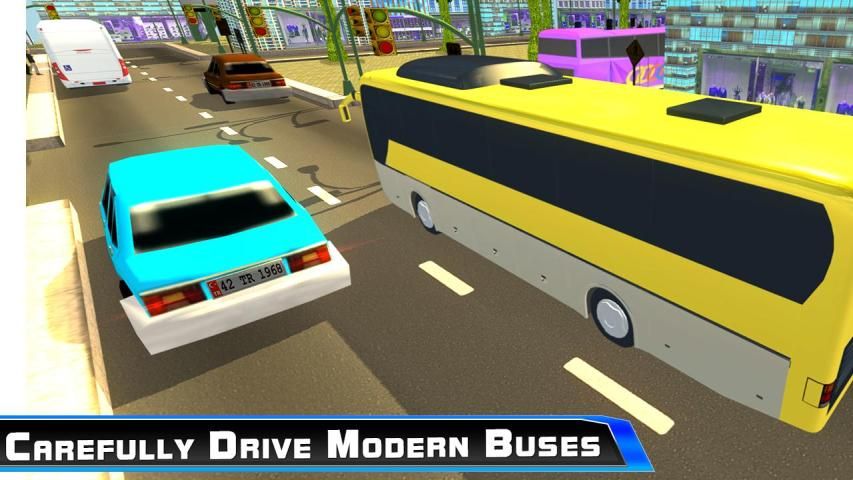 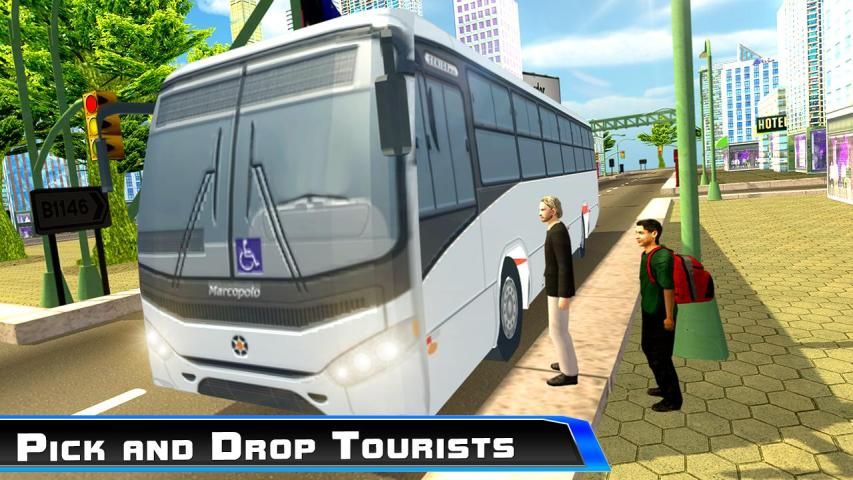 Believe it or not！ 20,000+ users downloaded Modern City Tousrist Bus 3D latest version on 9Apps for free every week! This is one of my favorite apps. This hot app was released on 2016-08-11. And it takes your phone small room to run it.
Play Modern City Tourist Bus Mania to feel the real thrill and adventure of tourist bus simulator games. This is the most realistic modern passenger transporter extreme sports. Pick up the tourists and drop off the passengers, rush to their destination. Be an extreme fast-paced driver and feel the real journey, be careful don not Crash the bus. Drive safe and race fast, avoid block roads, fulfill your duty as a ultimate transportation chauffeur bus driver for the tourists from mountain tops and hill stations. Especially this summer season, it’s going to be craziest traffic jam. Escape the street drivers traffic and racers. If you have ever experienced heavy duty vehicles and off-road bus driving, this one is going to be the most adventurous ride ever. Enjoy real-time physics, twisted turns tracks, crazy steering wheels, occasional steep hill climbing and breathtaking gameplay scenes with water, rocks and smooth roads in an urban metro city environment. Buckle up your seat belt and hit the roads. Follow traffic regulations or the cop will fine you. There are police cars, army truck, ambulance, excavator, forklift, motorbikes and deliver vans roaming around.
To pick a passenger, park your vehicle at an offroad parking spot. Be careful when you rush your tourist bus to the tourism spots. Avoid steep paths, over crowded places and off-road drive. Be the top driver and control your vehicle filled with passengers inside it. Enjoy hours of non-stop city racing pick and drop bus simulator. Show your skills and make sure that you drop the people safely at their destination.
Roam around the real 3d metro city during daylight in the most immersive and fun-filled simulator game ever with more public buses, cars, trucks, delivery vans, heavy duty vehicles, ambulances, taxis, pedestrians, motor bikes and much more. Be careful driver, do not fall or crash & burn your trucker transport. The missions get harder and more challenging as you progress.
Modern City Tourist Bus Features
• Smooth controls
• Intense challenging simulation missions
• Accelerate, apply brakes, move left and right
• Realistic weathers
• Large maps
• Different camera views
• Adventurous and thrilling ride
• High quality graphics and most realistic game play
Get onboard, buckle your seat belt and let the engines rolling. Keep an eye on the routes where your passengers are waiting to be picked up or dropped off. There many people are coming to your Midtown city to enjoy the tourism options here. Be the best driver to transport them wherever they want to go. Experience all the madness of bus driving simulator game. This furious bus driving and racing game gives you many hours of nonstop gaming fun fever. Each level has a unique challenge. Playing such speed driving games have never been this much fun. Drive safe till you finish the level. Precision driving is most important factor for finishing the awesome game levels. Enjoy ultimate adventures and forget mountain, hills and offroad tracks.