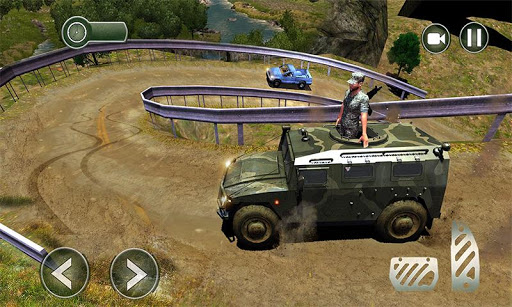 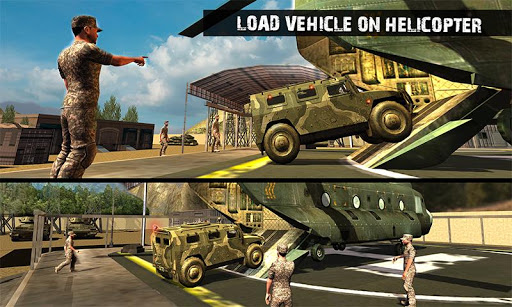 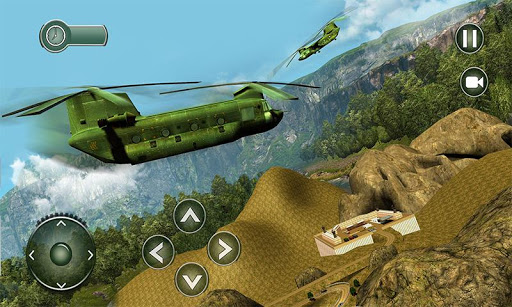 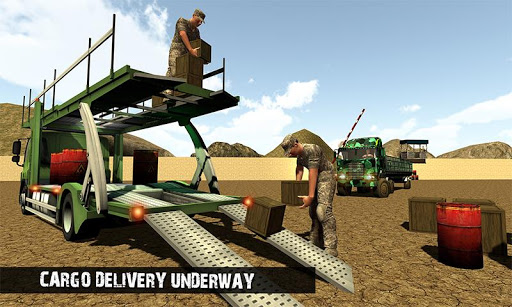 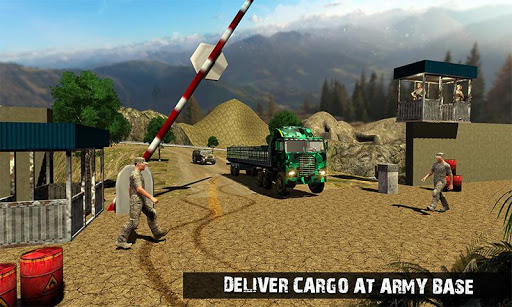 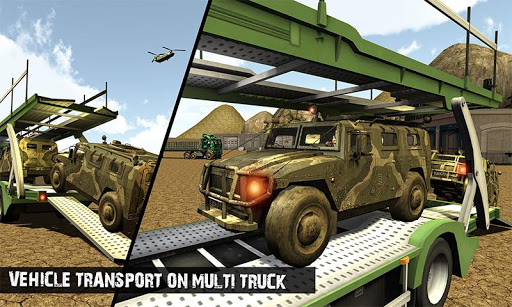 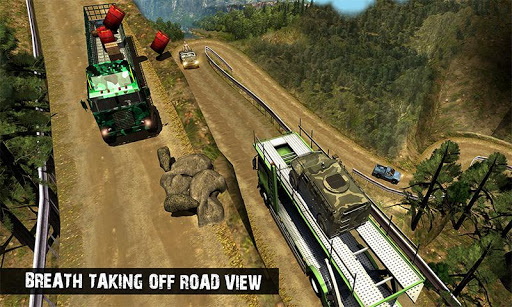 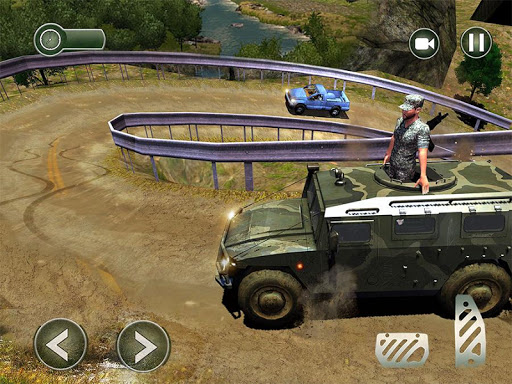 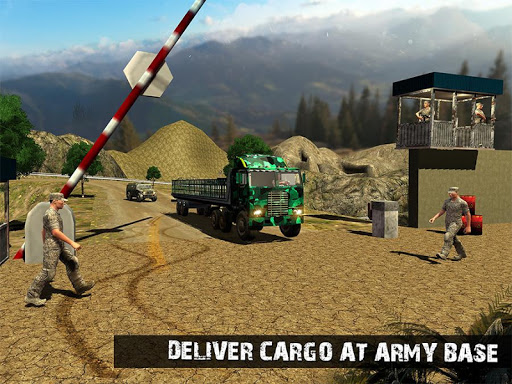 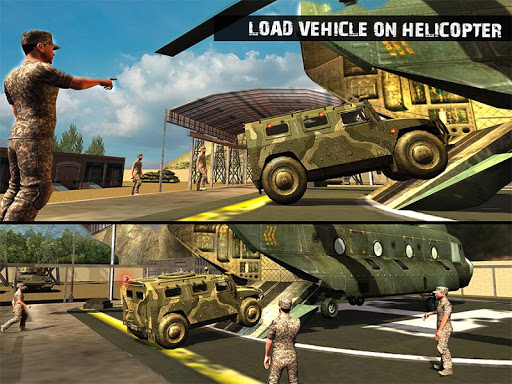 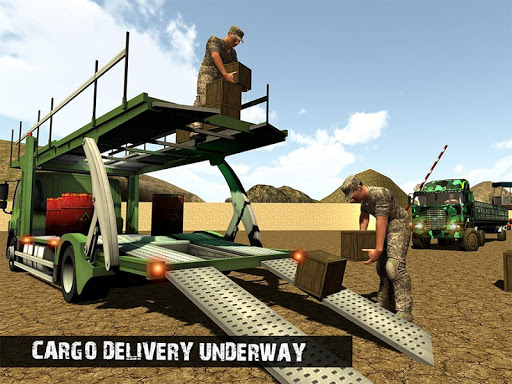 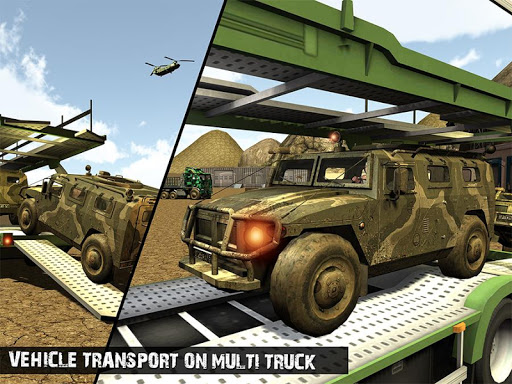 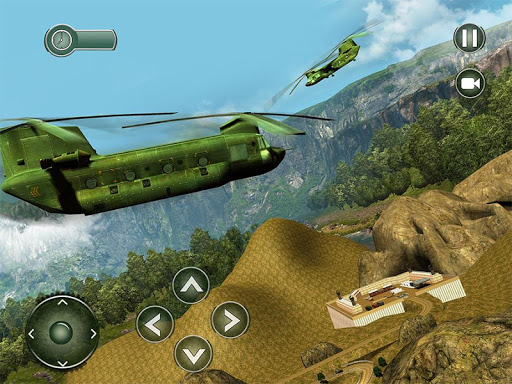 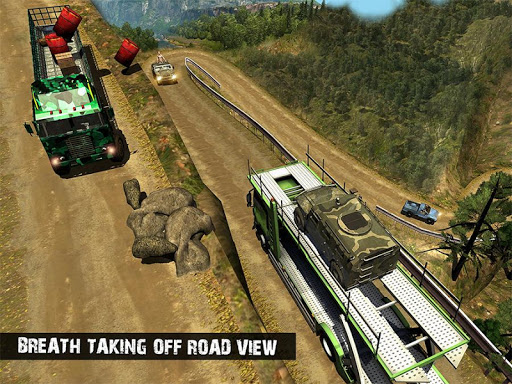 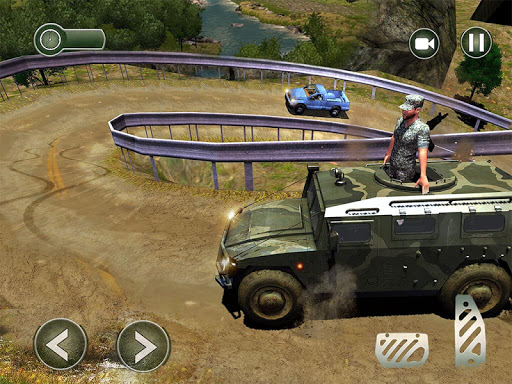 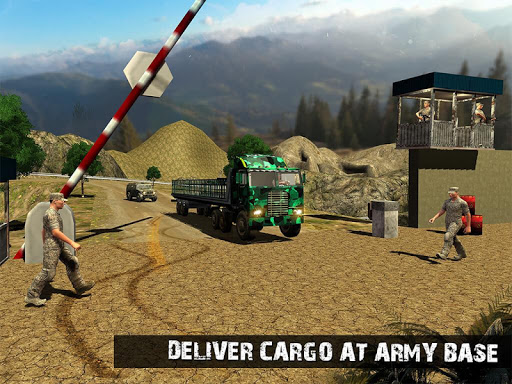 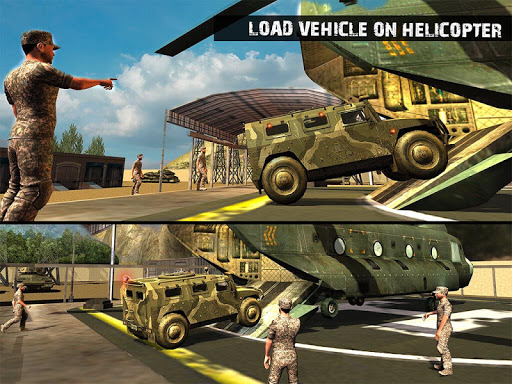 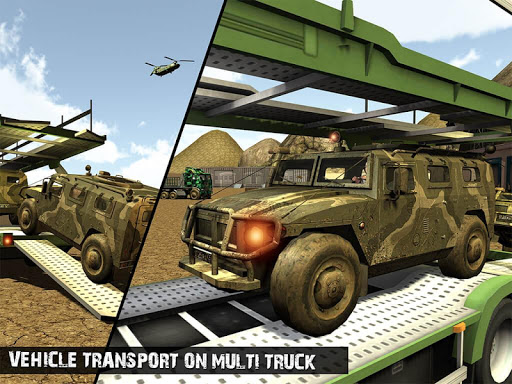 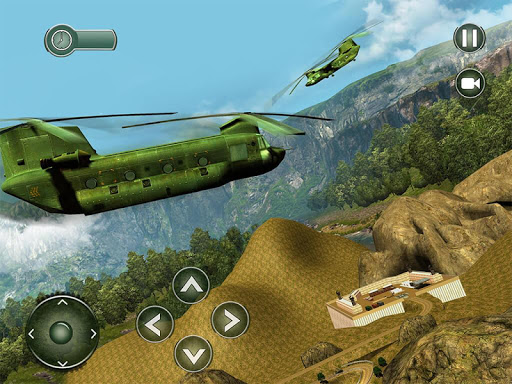 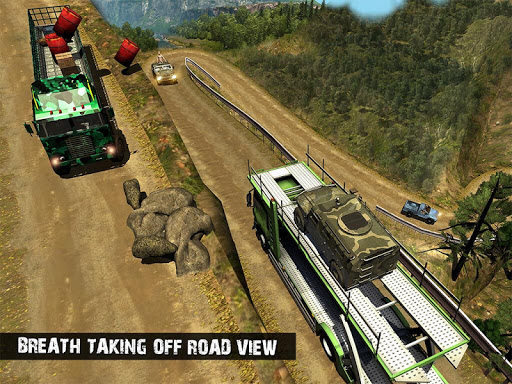 Get ready for the most thrilling offroad driving adventure sim in OffRoad US Army Transport Game of 2017 where you as a US army transporter is going to perform extreme hard tasks of transporting and driving US jeeps, truck, cargo etc. to the US military base by in multi trailer truck and in US Army helicopter. Perform your duty as an offroad army truck driver and transport cargo and jeeps on big trailer truck on rough and dangerous rugged offroad paths. Remember army life isn’t easy, there are extreme situations through which transport driver must go through. OffRoad US Army Transport has extreme dangerous sharp offroad turns, offroad adventure, driving and transport missions. There is an amazing army helicopter that you will fly high in the air as US flying pilot to transport cargo and jeeps to army heroes.
OffRoad US Army Transport gives you this amazing chance of becoming a pro offroad transport hero of US army by driving and transporting army cargo and vehicles on uneven rugged offroad terrain in hill city. Enjoy deadly hill offroad duty and transport cargo, jeeps and vehicles undamaged to the army heroes base. It’s a high time to check your driving and transporting skills. There are jeeps, cargo and army relief that you need to load on heavy multi truck and transport them safely within the given time allotted. So fasten your seat belt for real challenge and become real transport legend hero of 2017. As a flying airplane pilot take goods, cargo and jeeps on helicopter. Have a bird eye view of offroad hill station while flying helicopter high in the sky.
Most thrilling offroad transport adventure on hill city offroad terrain is waiting for you. Load jeeps, cargo goods and relief on multi trailer truck and in helicopter and transport them safely to military base. Be the most responsible transport driver of US army and give your best in this military transportation sim of 2017. So let's drive jeeps, trucks and fly helicopter for transportation purpose and simulate your driving skills. OffRoad US Army Transport has multiple transport, driving and flying helicopter missions all filled with thrill and adventure. All you need to do is show your furious offroad driving skills over dangerous hills and mountains rugged and rough paths. Let’s be ready for an extreme adventure in OffRoad US Army Transport.
Features:
• Thrilling Offroad Transport and Driving Sim of 2017
• Enjoy Helicopter Flying as Pro Army Pilot
• Variety of Transport Missions in this Offroad Adventure
• Dangerous Offroad Turns, Jeeps, Truck, Helicopter and Much More
• Beautiful 3d Graphics and Engaging Sound Effects