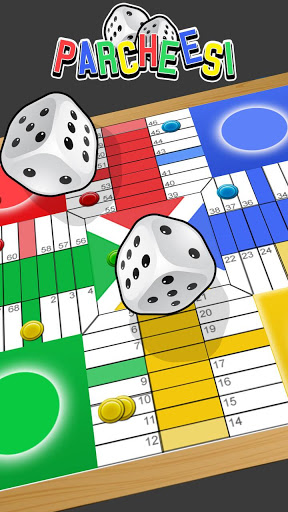 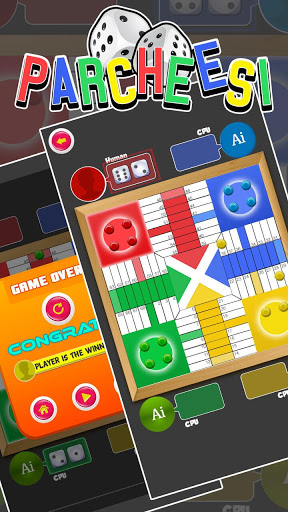 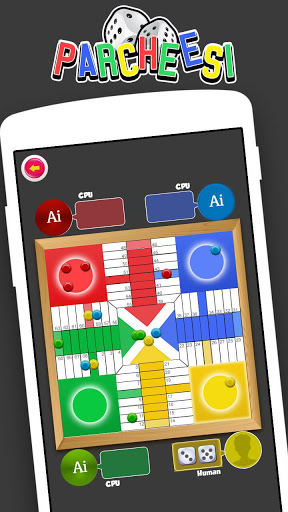 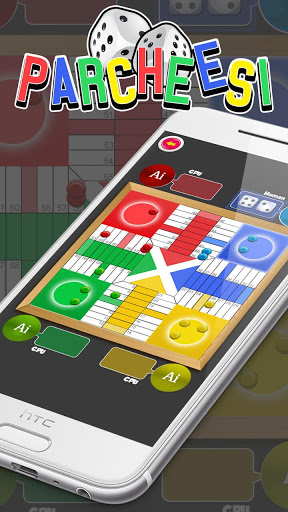 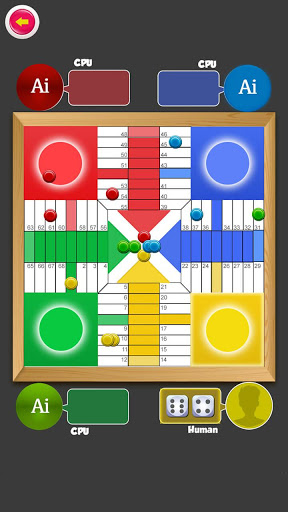 Parcheesi is a brand name American adaptation of the Indian cross and circle board game Pachisi.
Rules and Gameplay:
A player rolls the dice and must use the top die pip values shown to move their pawns around the board in one of the following ways:
Only pawns not in the nest may move forward on the board.
Pawns may only leave the nest with a roll of a five on a single die or the sum of the dice. A double five can be used to move two pawns out from the nest simultaneously.
In the case of a non-doubles roll, a player may move one or two pawns, either one pawn by each of the numbers on the two dice or one pawn by the total. If no move is possible, the turn is forfeited.
When moving a single pawn the total of two dice the turn is taken in increments, allowing pawns to be captured along the way. For example, if a double two is rolled and an opponent's piece lies on a cream space two spaces in front of the piece you wish to move the full four, you would move the pawn two, and then two again, allowing the opponent's pawn to be captured.
All die rolls must be taken and may not be voluntarily forfeited by a player.
If either of two rolls must be forfeited, the player must forfeit the lower number.
All die moves must be taken before the application of any extra rewards for sending an opponent to their nest or moving a piece to its home position.
With a roll of doubles, the player makes four moves, one for each of the numbers on top of the two dice and one for each of the numbers on the bottoms. The player may distribute these four moves among one, two, three, or four pawns. Note that the sum of numbers on the opposite sides of a die is always seven, so with doubles, there are a total of fourteen spaces to move. This can only be done if all four pawns are out of the nest.
When the player rolls doubles, the player rolls again after moving.
When a pawn ends its move on the same space as an opponent's pawn, the opponent's pawn is sent back to its nest.
A pawn may not be placed on a safe space if it is occupied by an opponent's pawn. The exception is the safe space used when a pawn leaves its nest a single pawn occupying such a safe space is sent back to its nest when an opponent's piece leaves the nest and occupies the space.
Blockade:
A blockade is formed when two pawns of a single-player occupy the same space. No pawn of any player may move through a blockade, including pawns of the blockade owner. Blockade pawns may not be moved forward together with the roll of a double. Another player's pawn cannot land in a space occupied by a blockade, even to leave its nest. Local rules may limit the number of turns that a blockade can stay in place.
A pawn is not required to enter the home row and can pass the row and start another circuit of the board voluntarily or as the result of the requirement of the use of the total die roll.
A turn ends when the next player rolls the dice with the consent of the current player. Any rewards not taken are lost.
Rewards of extra moves:
The reward for sending an opponent's pawn to the nest is a free move of twenty spaces that may not be split between pawns.
The reward for landing a pawn in the home space is a free move to ten spaces that may not be split between pawns.
Winning the game:
Moving all four pawns to the home position wins the game.
Pawns may only be moved to the home position with an exact application of the total roll, the value on a single die, or the complete application of a reward.
It is totally FREE to play, Single 2, 3 or 4 offline multiplayer Parchis board games.