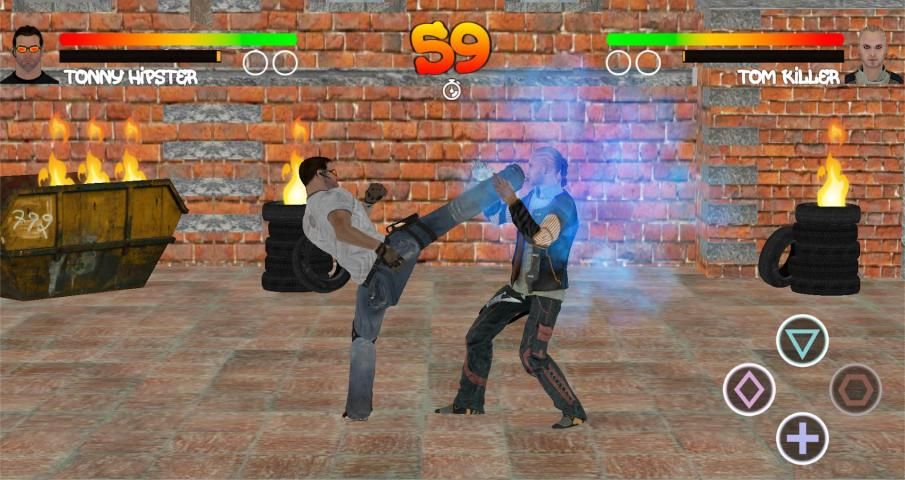 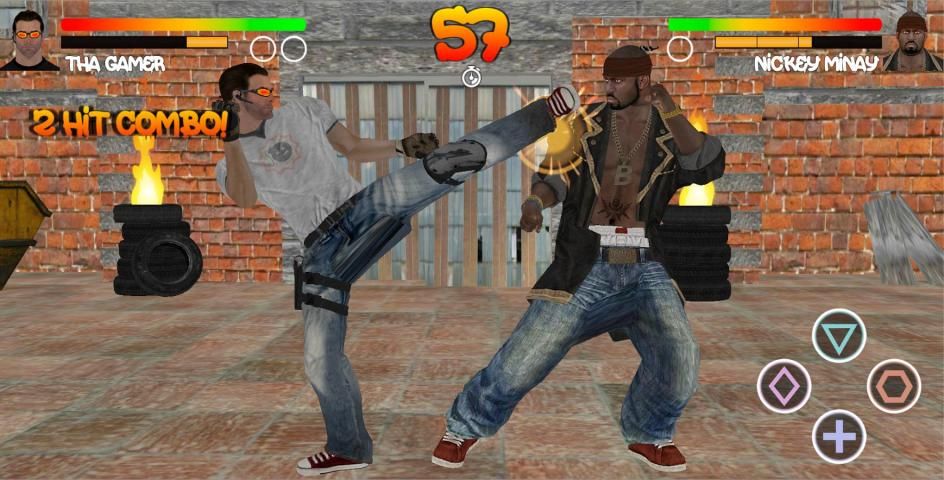 All high quality mobile apps are available for free download. 20,000+ users downloaded Thug Gangster Fight latest version on 9Apps for free every week! The app has do enough to distinguish itself from its predecessor. This hot app was released on 2017-04-14. Be sure that you check your current app before you start a run.
Thug Gangster Fight:
Can you imagine all the stars of thug gangster in a death match? All bullies have conflicts between them and can now fight to maintain control and respect in the neighborhood.
Choose your favorite rapper and fight against every thug star gnagster to get the throne of the Ghetto.
Street gangs are ready to observe the most controversial fights. Guns and pistols are not allowed so it will be a battle of punches and kicks. Hooligans boys and girls matonas are also in the game to fight the best known thugs of the world. These assassins in the world and the darkest areas are prepared to fight in the ghetto.
Multiple combos to defeat your enemy, vital waves, martial arts, karate, kick boxing, kong fu, thousands of tricks and combinations of kicks, punch, air strikes, multiple kicks, infinity punch, air strikes and many knockouts more to discover .
You have until 3 rounds to defeat your enemy,
the more you hit your opponent the easier it will launch magic. Each thug gangster has its specific magic so choose all the characters.
These are the famous rappers fighters available:

TOM KILLER It is well known in the trap because he knows from bricks and Karate.
BARLEY NIGGA chef was long ago and now has a super fast arm movements through its handling of the knife.
JESSICA HEAT pretty girl, which freezes with its beautiful look and you destroy kicks and head butts.
KRIS CUCUMBER thin with countless tattoos for every victory he got in the ring Chico.
ANNA LOCK Maton Golden Age of war, with slow movements but a bulky body.
WALTER BLACK Conflicts with its first client as a hit man, make him a beast and only thinks about fighting.
TONNY HIPSTER New to the game of thug gangster, is known for its movement drill.
JOANNA HASH music went from being mercenary, but has a powerful punch that scares any bully.
None of the characters mentioned exists in reality, they are just fiction.