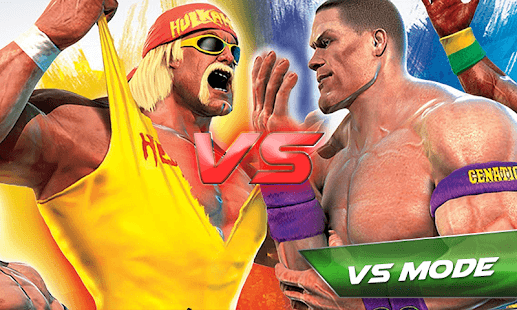 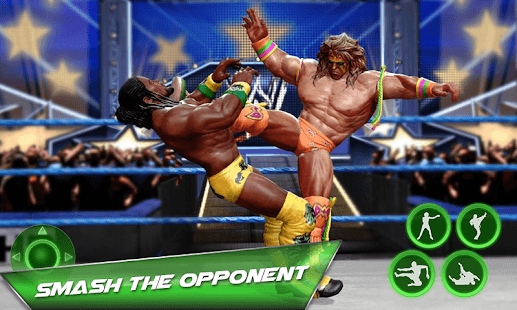 Welcome to the wwe superstars in a star-studded arena where they will compete one on one and show their wrestling skills to the utmost limits. A new and fast paced wwe game that will give you real feeling of pure and thrilling adrenaline.

A non-stop fighting action for wwe lovers and wrestling lovers. Start a power row with wwe legends and wwe superstars to the extreme fighting level where return is not possible at all.

There is one roster which belongs to you and there is your opponent’s roster therefore, the victory will belong to the one who would fight like a real pro.

A real superstar starts from very beginning but with right pace, patience, vigor and improved fighting skills, he rises to the occasion and become a real wwe champion.

The ring is one that belongs to the champion. He prepares all his life to become the ring master in which he can fight anyone and beat anyone. With the passage of time and right amount of training, he rises up and become real wwe champion.

So, don’t sit back and start a wwe world revolution by acquiring right fighting skills in the arena and get a name for yourself as the most feared wwe fighter of all time with hundreds of wwe titles behind his legacy.