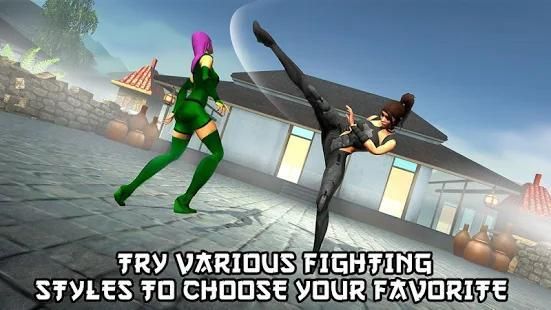 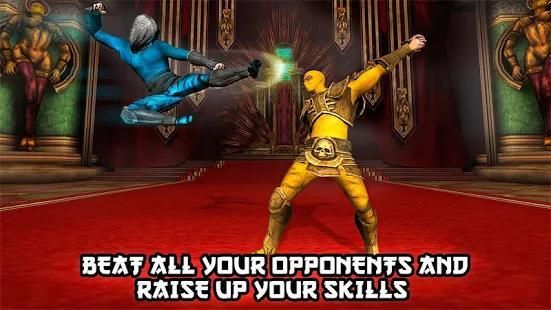 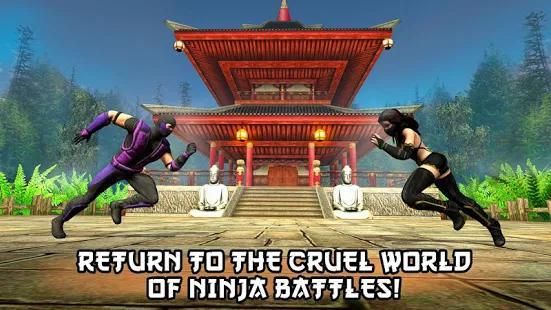 Try Ninja Kung Fu Fighting 3D 2 – second part of ultimate action fighting game! Join the war of clans as a ninja killing every assassin he meets!
War of clans continues! Enter the world of Japanese ninja and overcome all your rivals - dead or alive! Stop the armies of Demon Samurai! Beat all the opponents and prove your worth as a Master Ninja playing amazing Ninja Kung Fu Fighting 3D – 2!
Explore different locations and use different fighting styles including Taekwondo, Muay Thai, Kung Fu, Boxing and other and enjoy being a real Japanese assassin! Lead your clan to the victory and bring death to all your enemies!
Check story mode – survive at the series of dangerous fights against dangerous opponents, achieve the top and kill the Demon Samurai! Or try survival mode – fight against enemies and survive on the ring as long as you can! Upgrade your power, speed, and accuracy or unlock new strikes and fighting styles getting points for each kill!
Ninja Kung Fu Fighting 3D – 2 features:
Sequel of an ultimate action fighting game in Japanese style
Even more various strikes and fighting styles to try then in the first game - Taekwondo, Muay Thai, Kung Fu, Boxing and other
Powerful enemies to fight against which use different fighting techniques and Martial Arts styles
Upgrade your Japanese assassin’s skills - power, speed and accuracy and try new strikes to overcome rivals
Story mode and survival mode – beat and kill your enemies to win the War of Clans or just survive on the ring as long as you can
Become the strongest fighter on the earth playing Ninja Kung Fu Fighting 3D action game! Explore different locations fighting for your life and survive on the ring leaving your opponent no chance to stay alive! Earn points for each killed enemy, fight against powerful rivals and up level your boxing skills to the top level! Prove your worth as the powerful Master Ninja with Ninja Kung Fu Fighting 3D – 2!
Your use of Ninja Kung Fu Fighting 3D – 2 is free of charge in exchange for safely using some of your device's resources (WiFi and very limited cellular data), and only when you are not using your device. You may turn this off from the settings menu. Please see our TOS for further information: http://kukuwe4kafm.wixsite.com/triggerteam/single-post/2017/09/08/TRIGGER-TEAM-PRIVACY-POLICY