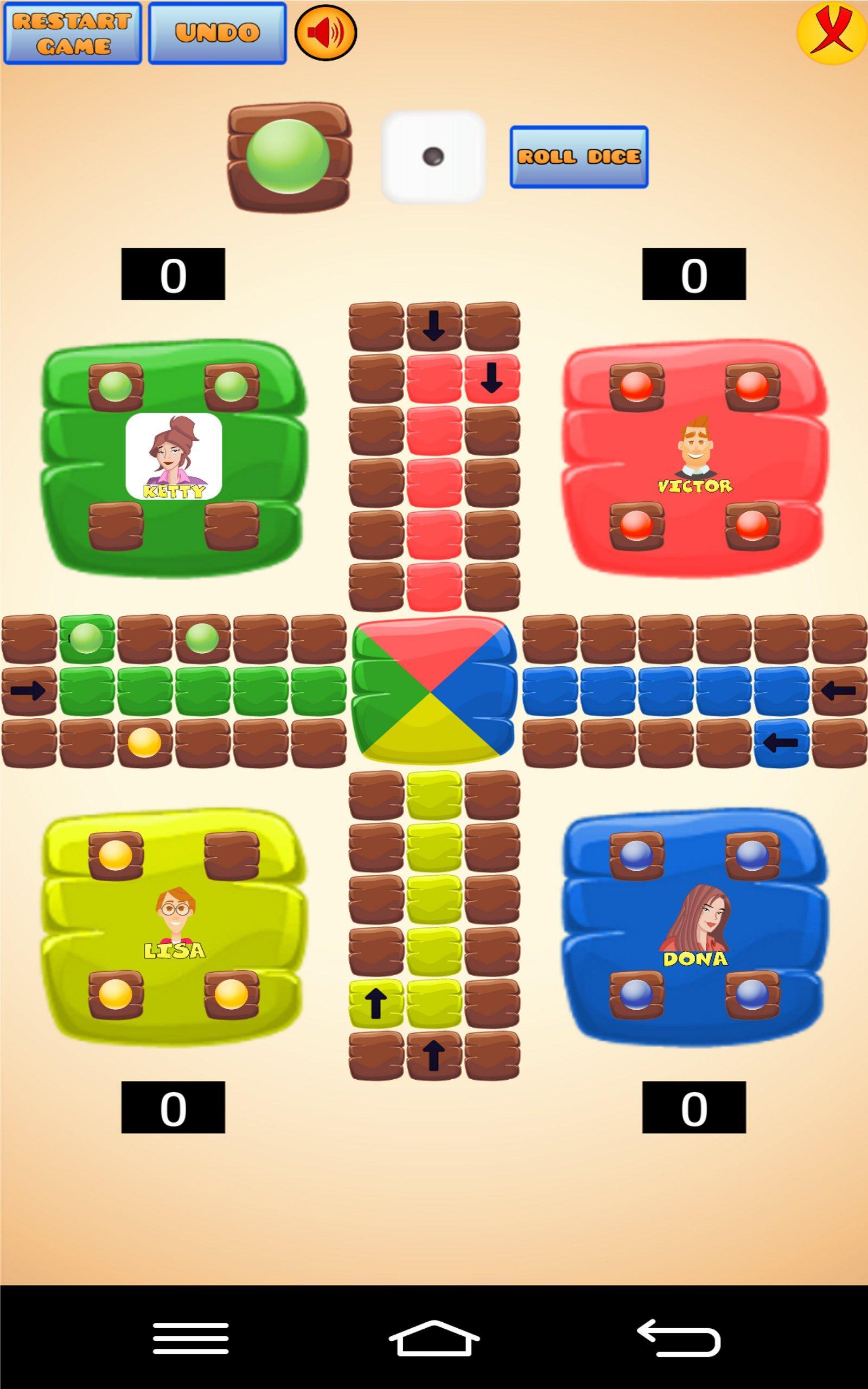 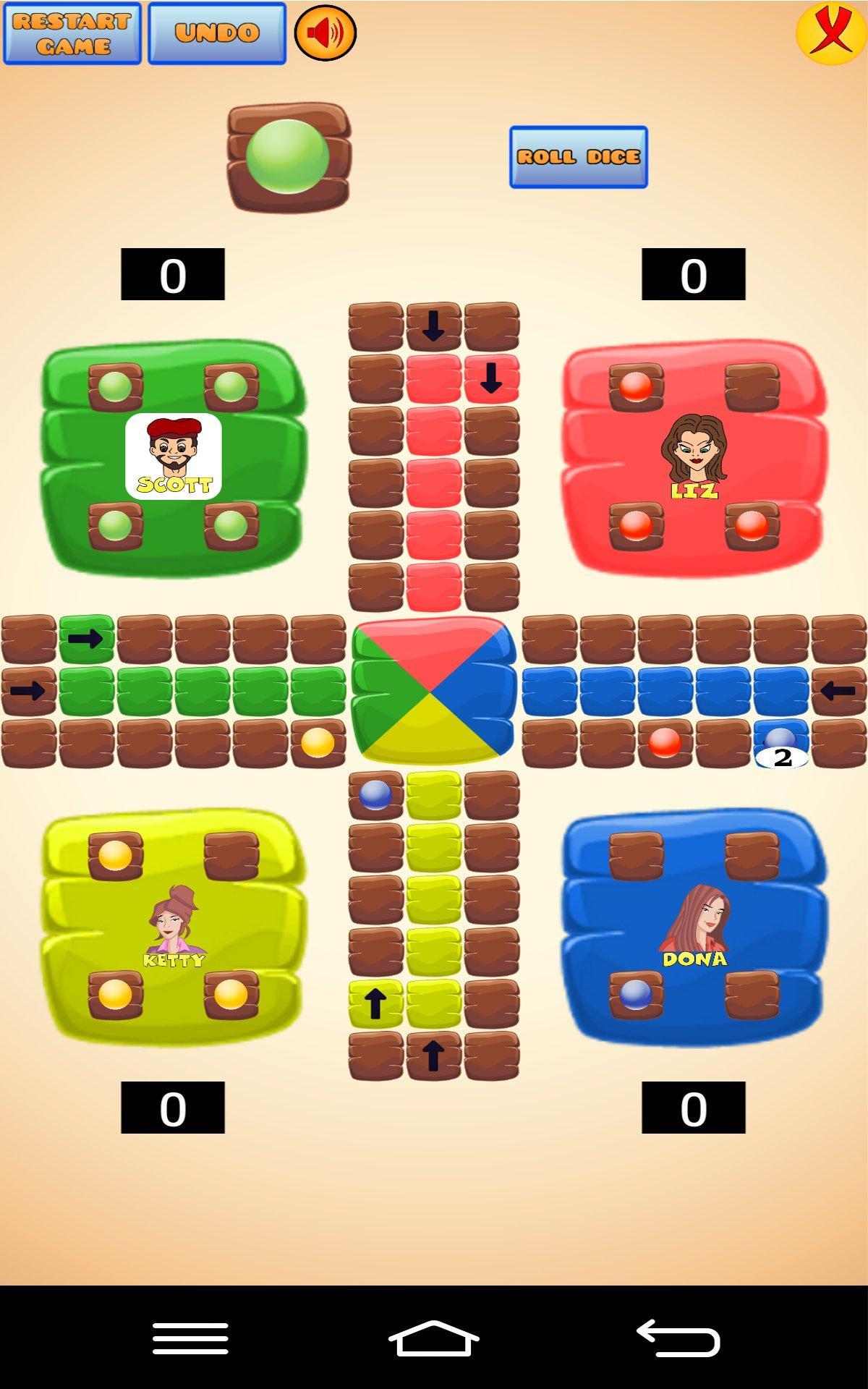 Ludo is a board game for 2 to 4 players, Players take turns rolling a die and moving their game pieces around the board. The game ends when a player has moved all of his pieces into the home triangle.
Features in game:
- Great opponent Artificial Intelligence.
- Great graphics
- Free, Play as much as you want
- Specifically optimized for Phones and Tablets
- Works offline and without network, no need of
wifi.
- Undo button
- Fun, excitement and entertainment!
- Auto save game
- Smooth game play.
Each player takes turns rolling the die. In order to move a playing piece from the starting place, a six must be rolled. If a player fails to roll a six, the turn passes to the next player. If a player rolls a six, a playing piece can be removed from the starting place and placed into the playing field. Rolling a six also earns the player an extra turn.
Once a playing piece has been removed from the starting place and added to the playing field, it becomes an active piece. When a player rolls the die, the number dictates how many spaces an active piece may be moved. If the player rolls a six, another playing piece can be added to the playing field, or an active piece may be moved ahead six spaces.
If a player's active piece lands on a space occupied by an opponent's active pawn, then the opponent's pawn is returned to the starting place. Players cannot place more than one active piece on the same space. The exact number of spaces between an active piece and the home square determines the value that have to be rolled to move the pawn onto the square.