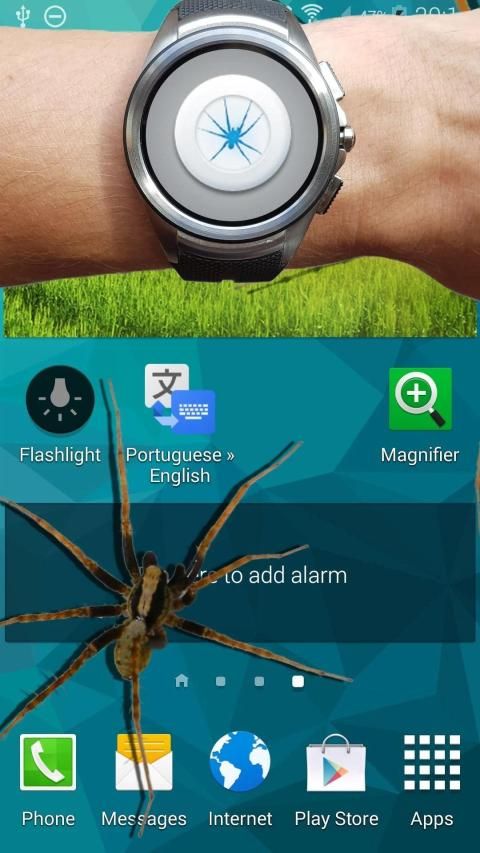 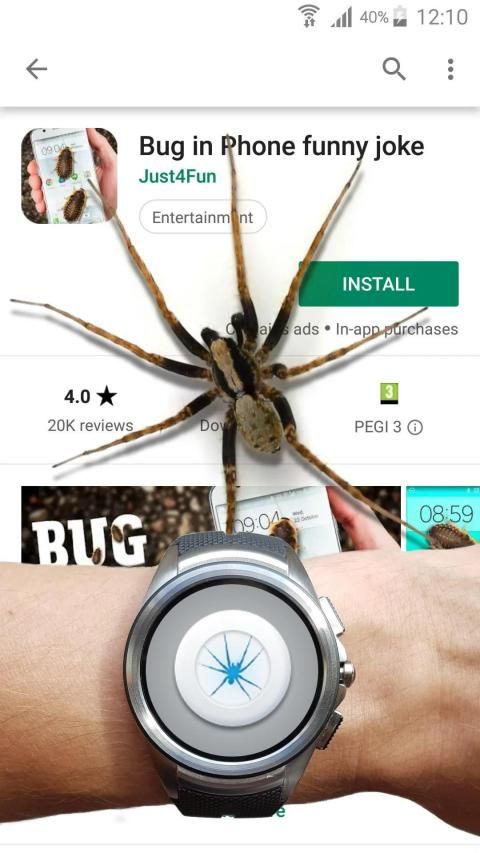 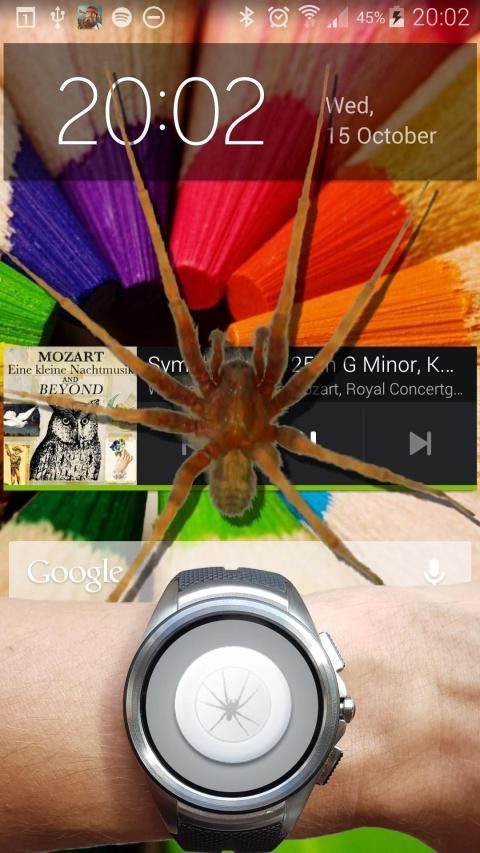 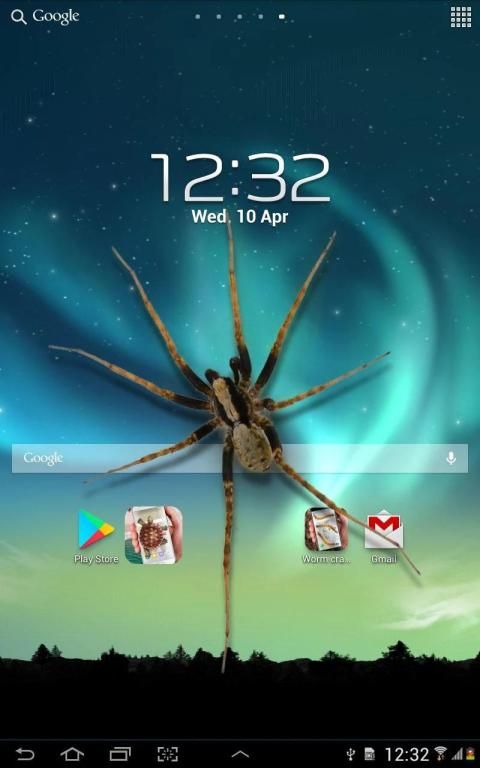 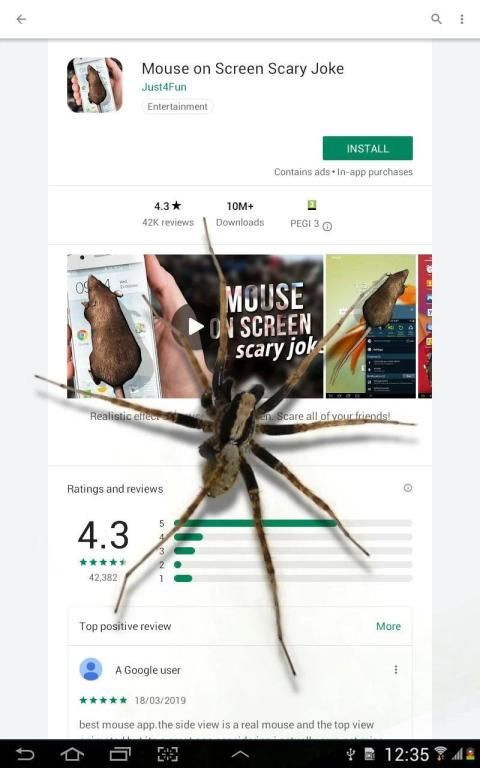 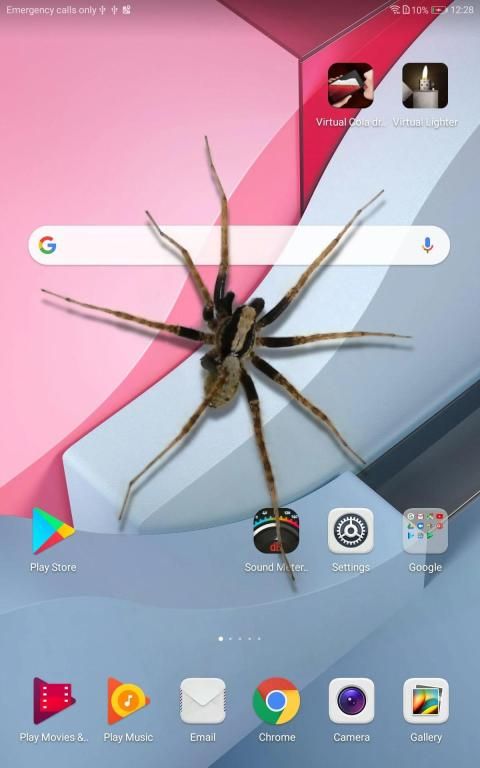 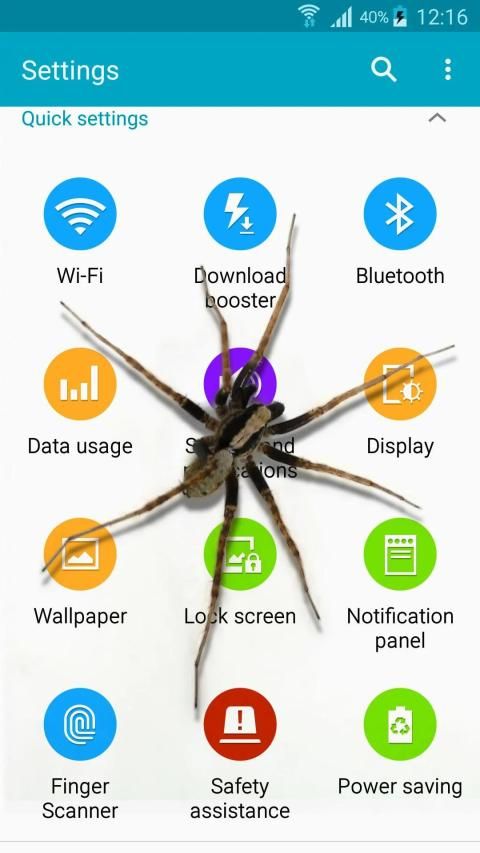 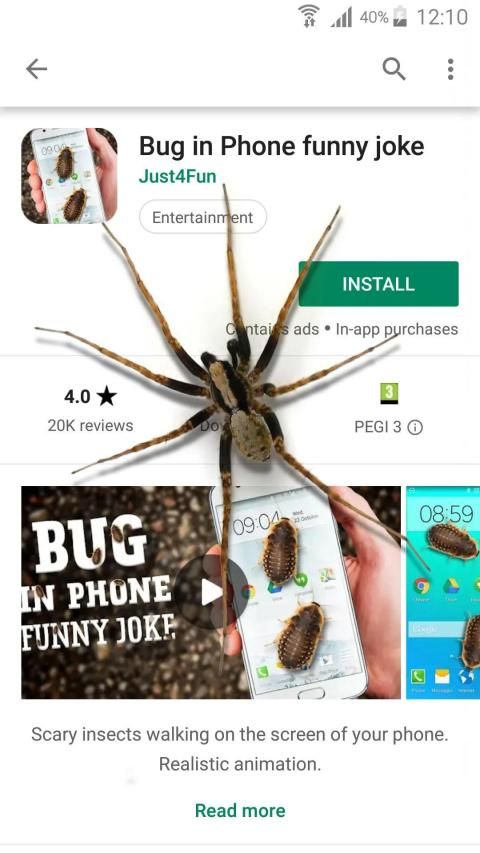 There you can get the android apps APK installed on your device. 30,000+ users downloaded Spider in Phone Funny Joke latest version on 9Apps for free every week! It has been a popular app for a long time. This hot app was released on 2019-12-27. However, has been a fashionable app for a long time.
Throw an animated spider on the screen of your phone. Application "Spider in phone funny joke" will display a photorealistic animation of spiders in motion on the screen. You will think that real spiders are walking on your phone. Animation presents two species of spiders: "Tegenaria domestica" and "Wolf spider", which will move around the whole screen. Meanwhile you can normally use your phone: play games, read emails, browse the Internet. Other running applications will not stop the spider APP. They will always be on the top.
Remember: you can remove the application from the screen any time you want by pressing the icon of application with the inscription: "Remove spiders" in notification bar.
This application is perfect to scare your friends who suffer from arachnophobia. You can also try it out on friends who aren't afraid of spiders - maybe you will manage to cheat and scare also them.
Additionally, to make it easy to cheat your friends, we give you possibility to perset the time after which awful spiders will appear on the screen and possibility to set a transparent icon of removing spiders in notification bar. Both options will increase the joke’s chance of success.
How can you make a joke?
Borrow your friend’s phone for a moment. Install "Spider in phone funny joke", set for the spiders to appear after 5 seconds, press "Show the spider" and give the phone back to your friend. Tell him to check e.g. the weather forecast in his phone. An ugly spider will appear on the screen of his phone after 5 seconds. Your friend may believe that a real spider is walking on his phone. He may be really scared.
Main features of "Spider in phone funny joke":
- realistic and smooth animation of spiders.
- choice of time after which spiders will appear on the screen.
- transparent icon for removing spiders in notification bar.
- phone can be used while spiders are on screen
WearOS: this app is also available for WearOS devices. WearOS app is not a standalone app. To work correctly it needs phone app. Using your watch you can trigger the spider animation on your phone. Just press button on your smartwatch and spider will appear on your phone app.