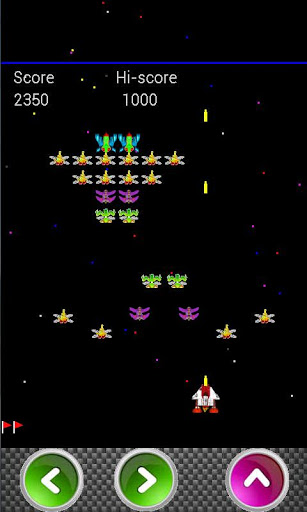 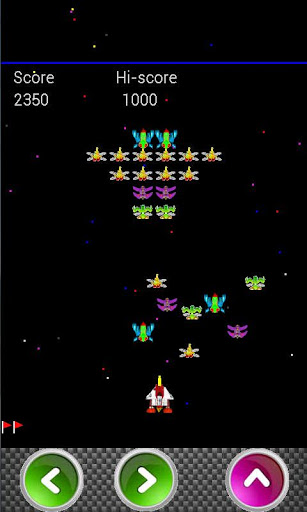 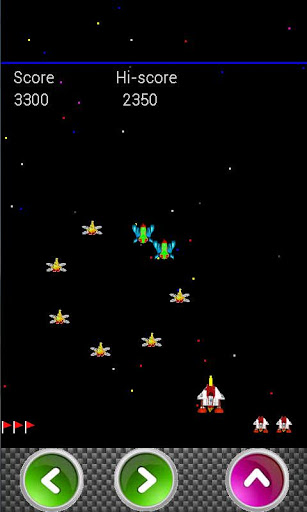 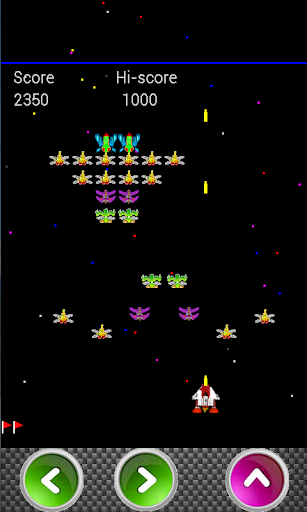 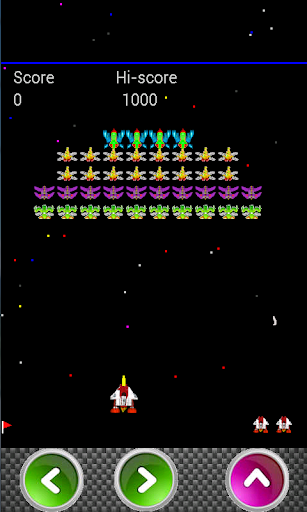 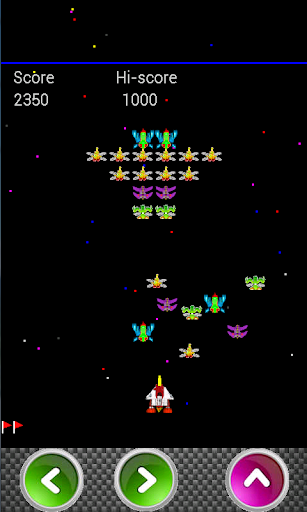 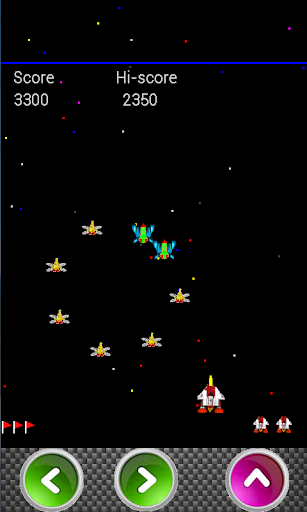 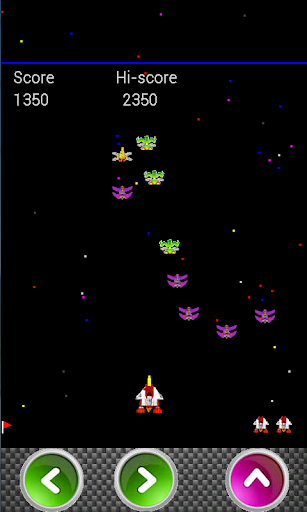 Alien Swarm
The aliens are invading again, swarming around in dazzling attack patterns.
You task is simple, blow'em all to bits!
Can you defeat wave after wave of dazzling alien invaders to save the galaxy. Blast the invaders as they spin and whirl through space in this old school arcade space shooter.
After 4 fantastic waves you'll get a bonus round, score lots of points to insure you get that next free life.
Your ship is equipped with a mega powered blaster, you have unlimited fire power, but you can bank on the fact that the aliens do as well!
From the golden era of video games we bring you this retro classic, you'll need all your skill, fast finger dexterity, and perhaps just a little luck to defeat these little monsters from outer space.
You don't need to mortgage the house to play this game, its Free
so download it now and help defend the galaxy from this band of invading aliens know as Alien Swarm.
To control your space shooter, pop into the settings screen and choose from tilt action, on screen tv buttons, or classic arcade joystick. Stay calm, don't panic, keep your hair on and you may just survive.
Another fabulous shoot'em up from our retro arcade game series, its an audio visual feast - get it now.