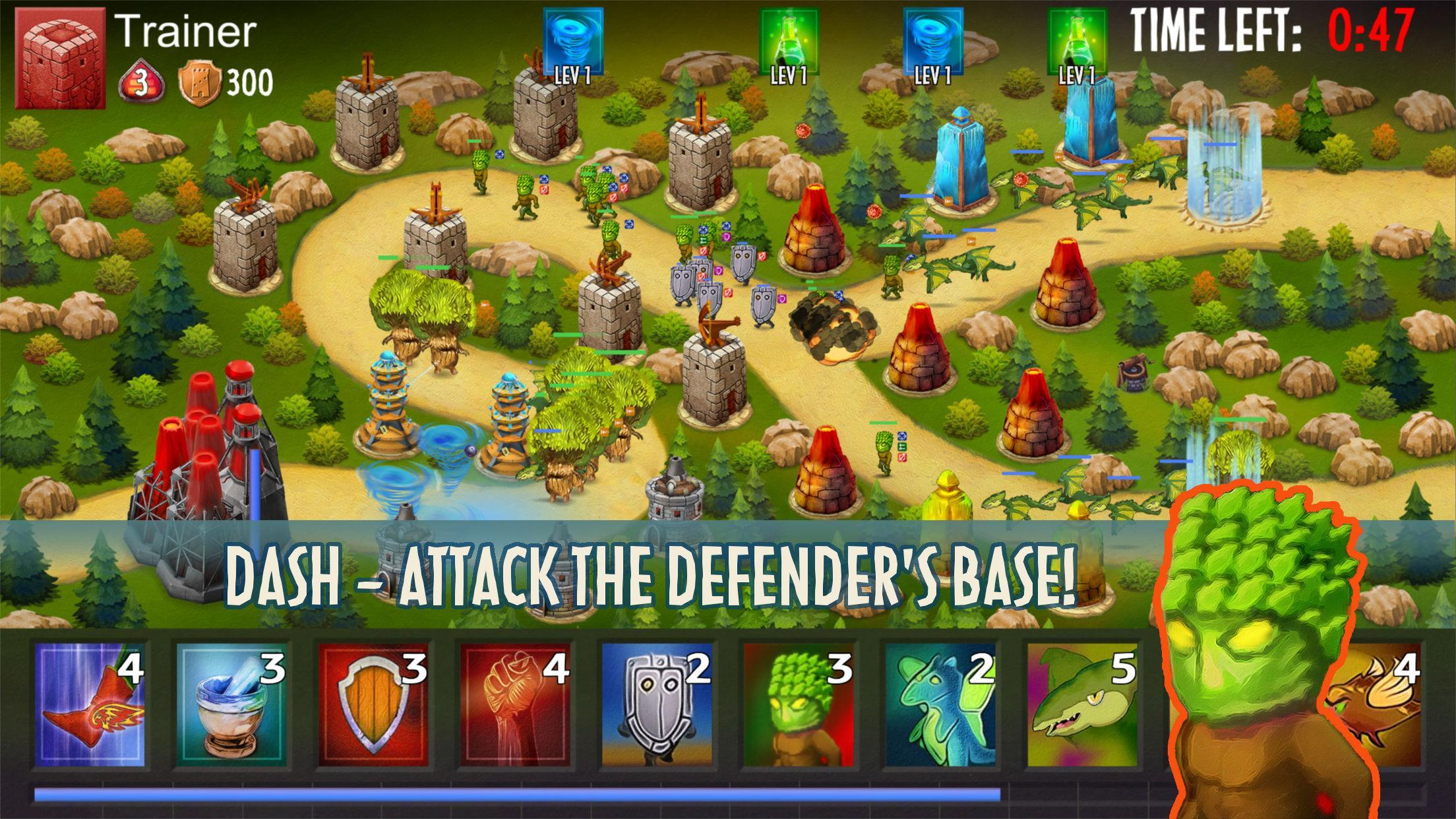 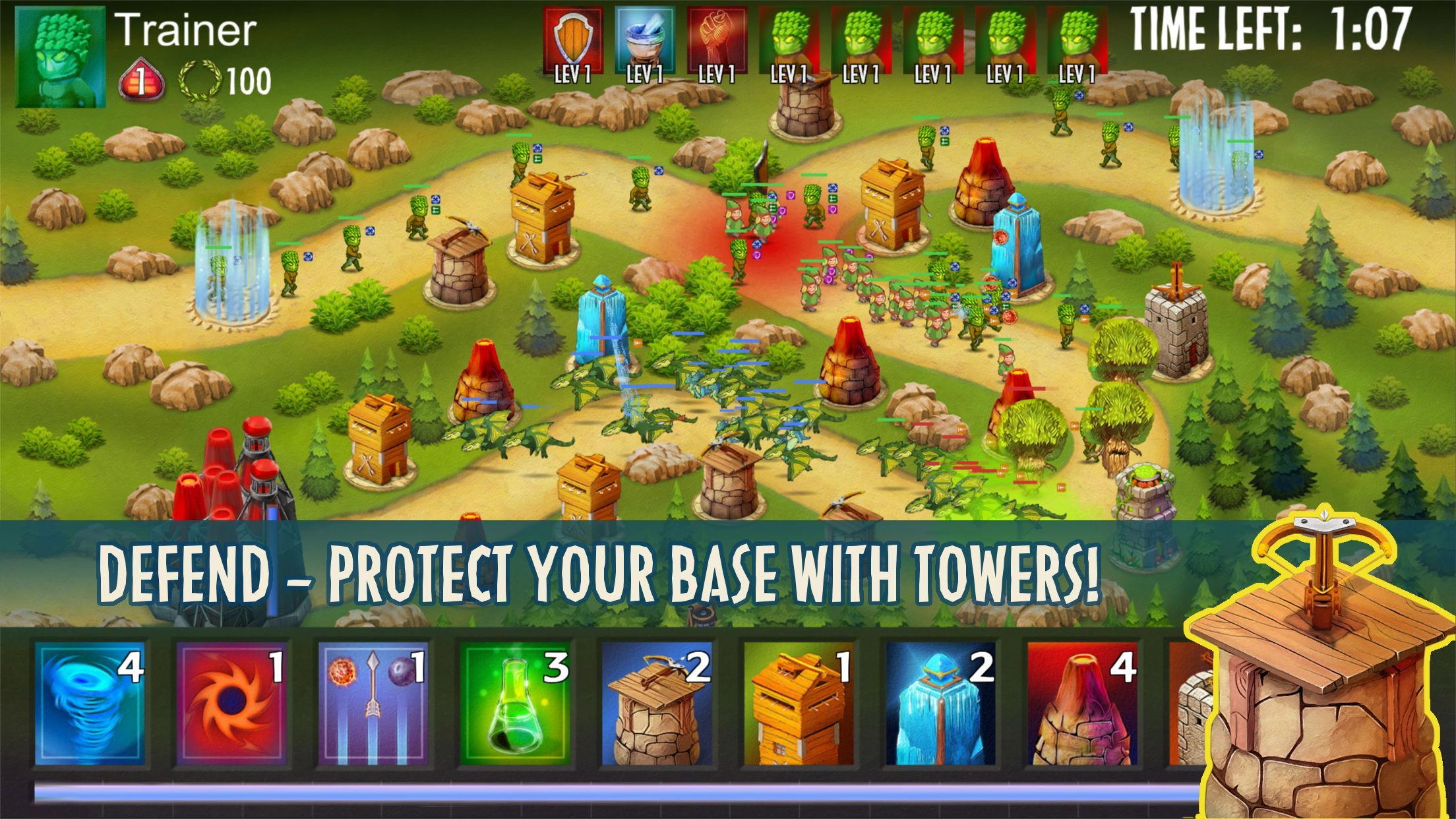 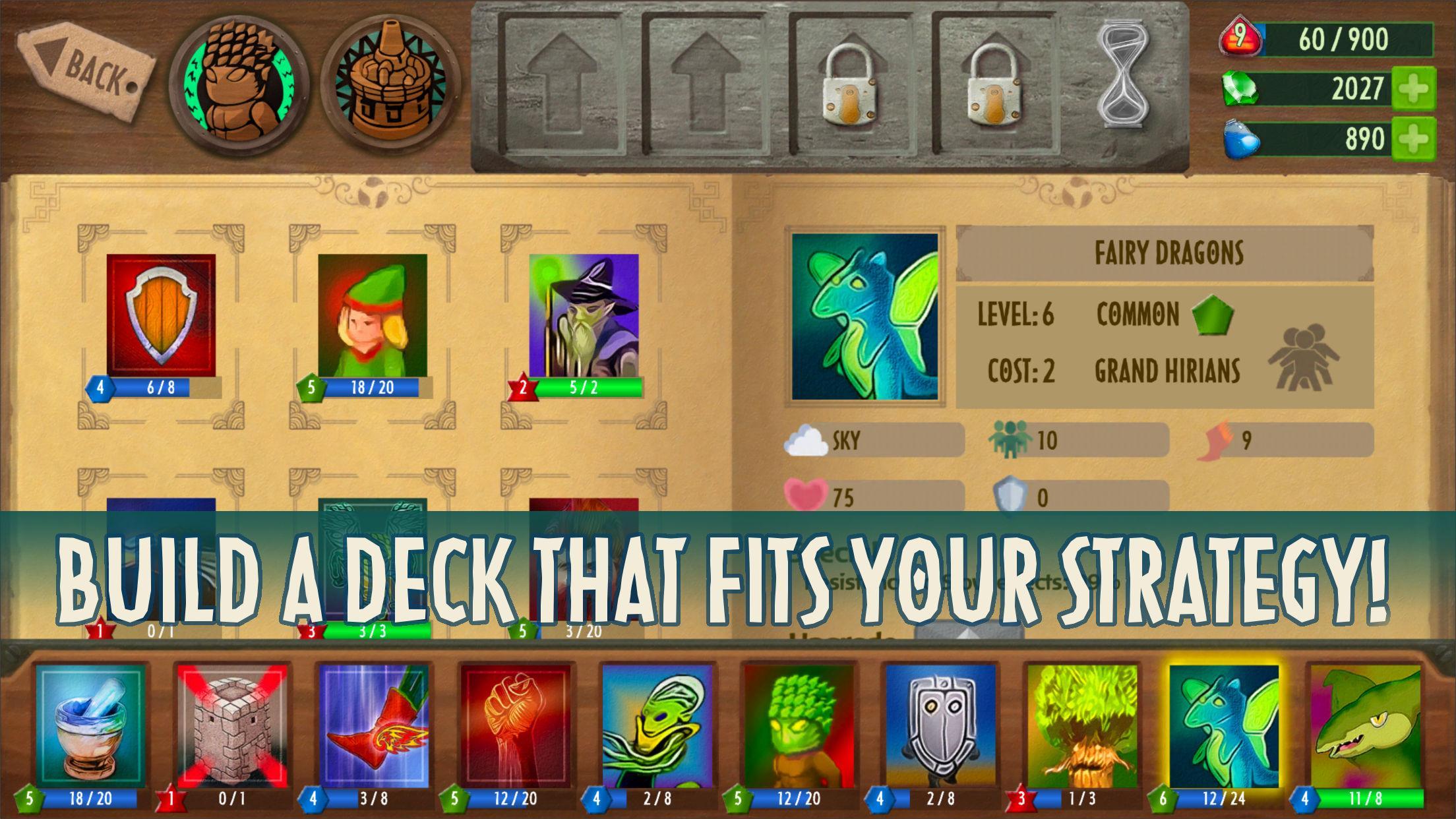 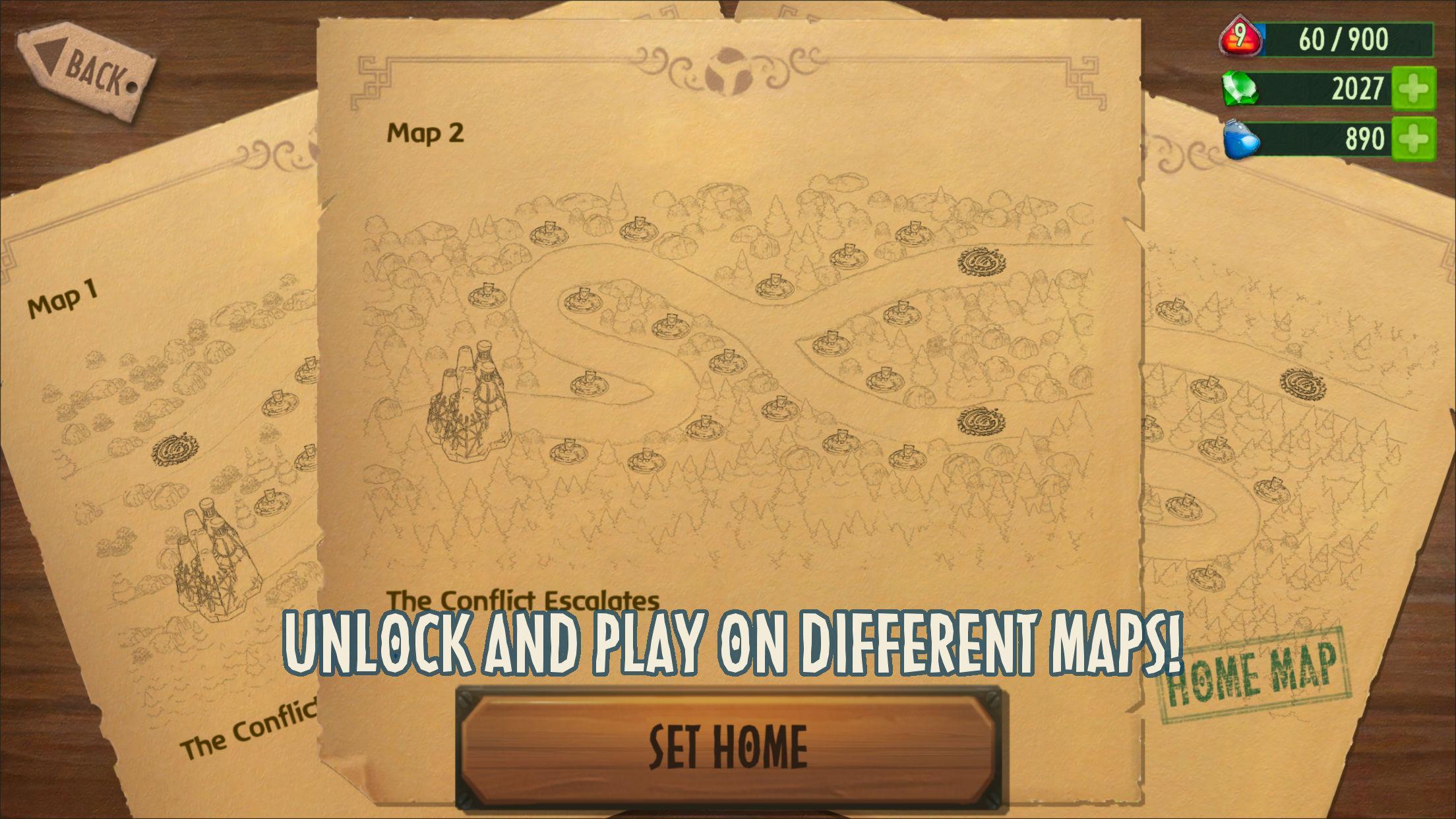 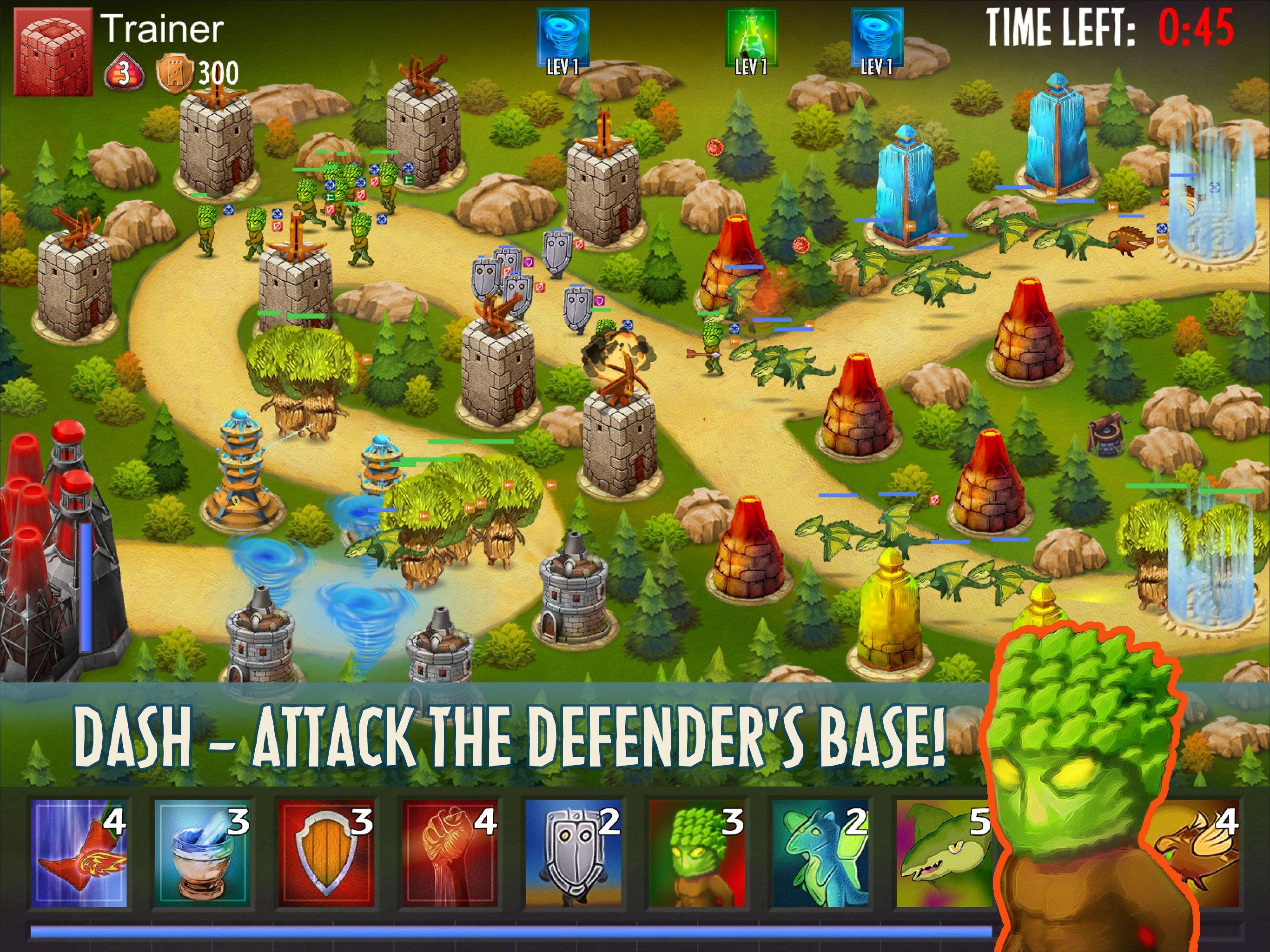 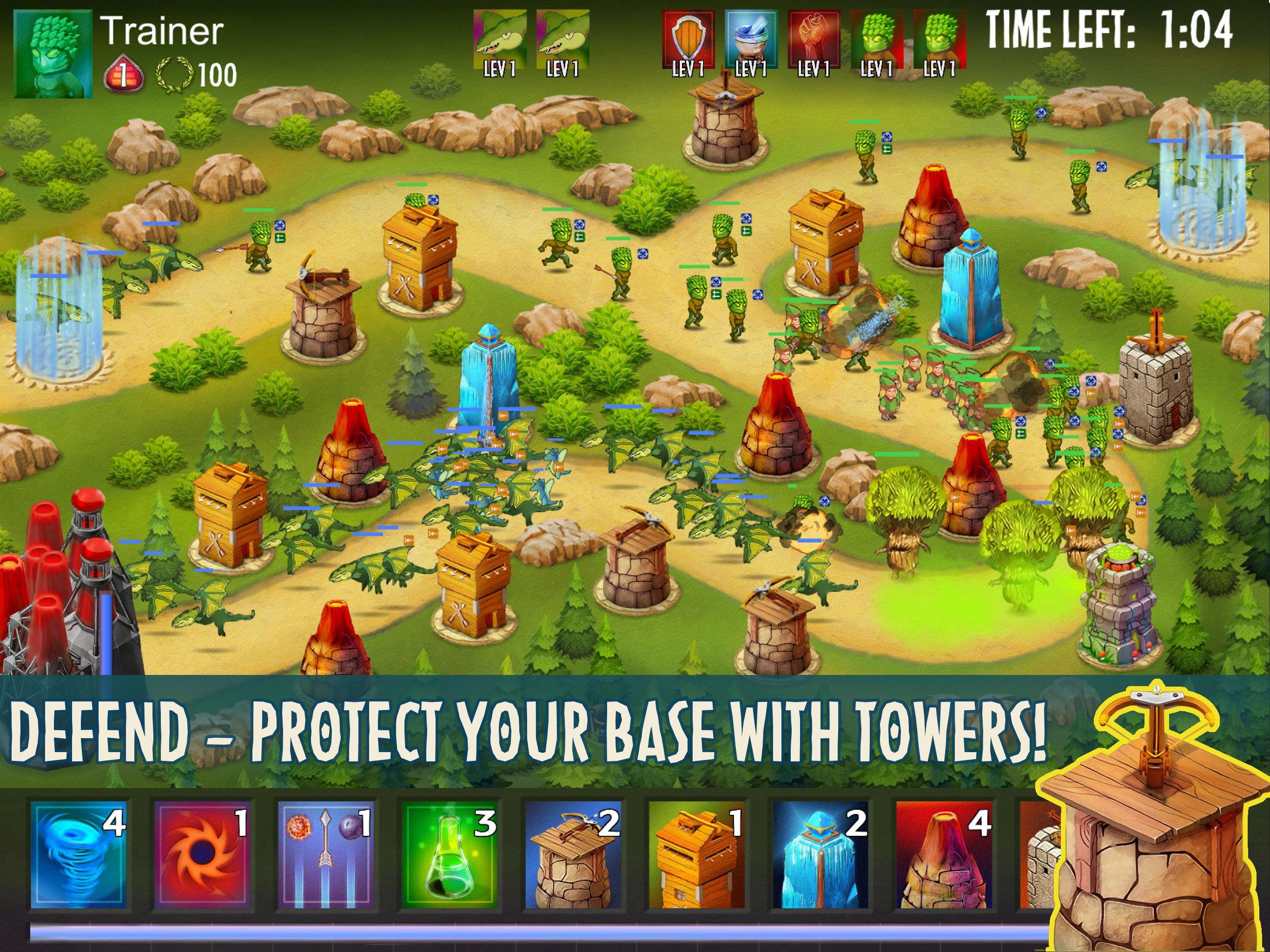 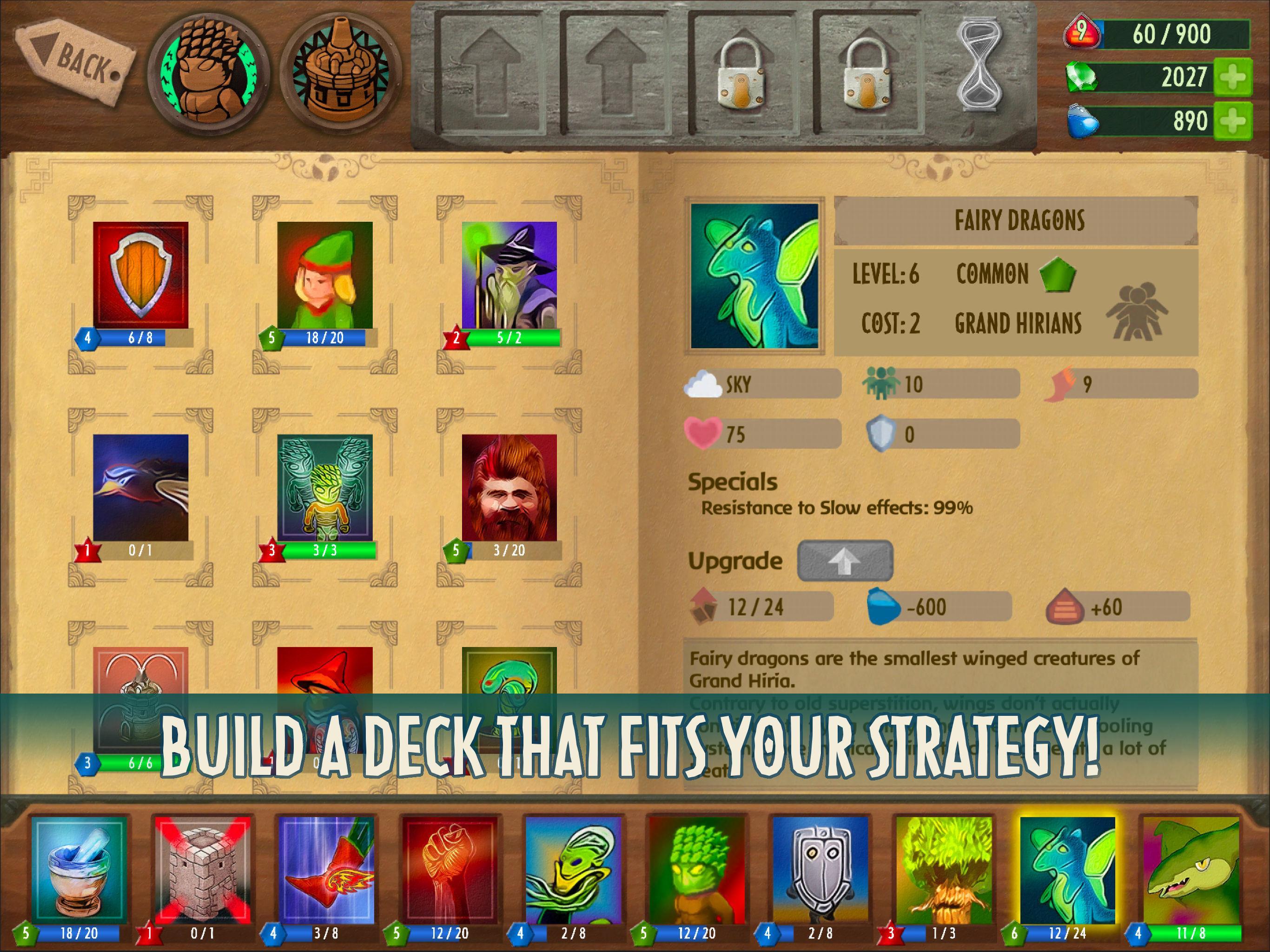 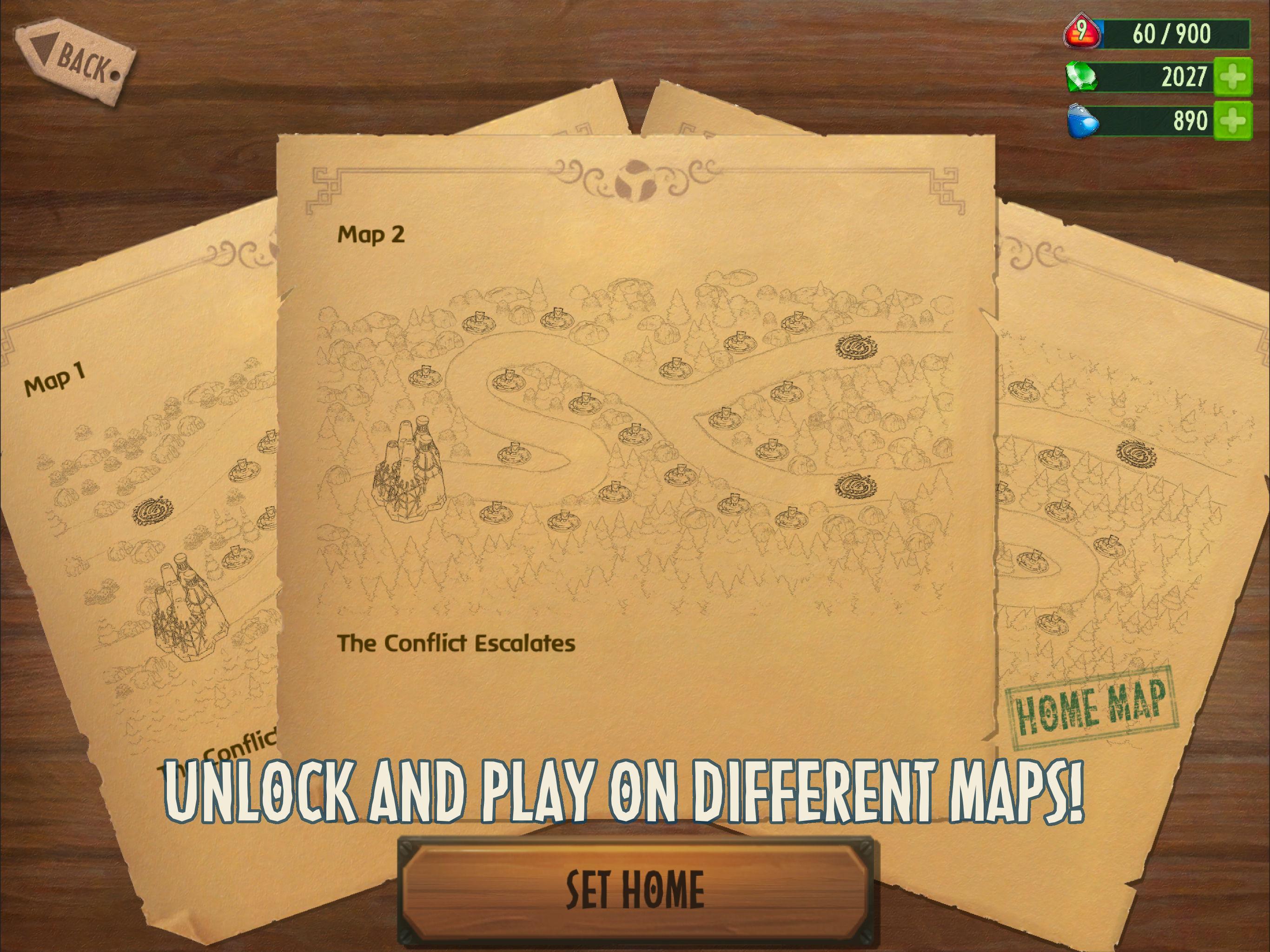 Quotes from game sites:
"Dash or defend is an original app that gives you two games all in one" - AppsZoom
"The originality of Dash or Defend is that in it you can play for both sides - both for attackers, and for erecting towers and fortifications. This opportunity promises players a truly fascinating gameplay, diverse and non-standard." - AppTime
Dash or Defend is a new Real-Time Strategy game in a fantasy setting, featuring two
opposing sides. It is also a two-in-one Tower Defense *and* Tower Attack game!
When playing as Dash, you send your minions against the Tower base. As Defend,
you must stop the minions from reaching it. Victories allow you to unlock new towers,
minions and spells, so you can develop new strategies for both sides.
Battle against online opponents in fast, 5-minute games. Play random opponents or challenge your friends.
Alternate which side you play to have even more fun, while becoming better at predicting and defeating your opponents' strategies!
Key Features:
- Play two sides, with 100% different cards and win conditions.
- Multiplayer PvP. Duel real players in real-time. Challenge your friends or face unknown opponents.
- Discover what it's like to play the reverse side of Tower Defense.
- Unlock and upgrade towers, units and spells as you battle your way up the ranks.
- No pay to win. Cards can't be purchased - only collected through winning battles. (Plus, there are freebies!)
- Fine-tune your battle decks to fit your strategies perfectly.
- Each game only takes 5 minutes or less.
- Tap-Dash! A fun mini-game in the Flappy Bird tradition is included, to entertain you while you wait for your next opponent to press their "Battle" button.
Note: You need an internet connection to play Dash or Defend.

Daily Missions and Treasure Hunting:
- Unlock up to 7 treasure chests every day, by completing missions in the game.
- Returning several days in a row makes it easier to find high-level treasure.
- Improving your player level will help you discover valuable chests quicker.
The main objective remains: build the best decks you can and outsmart your opponents!
1.4.1:
Fixes to an annoying bug with the treasure map view, and some sync issues.