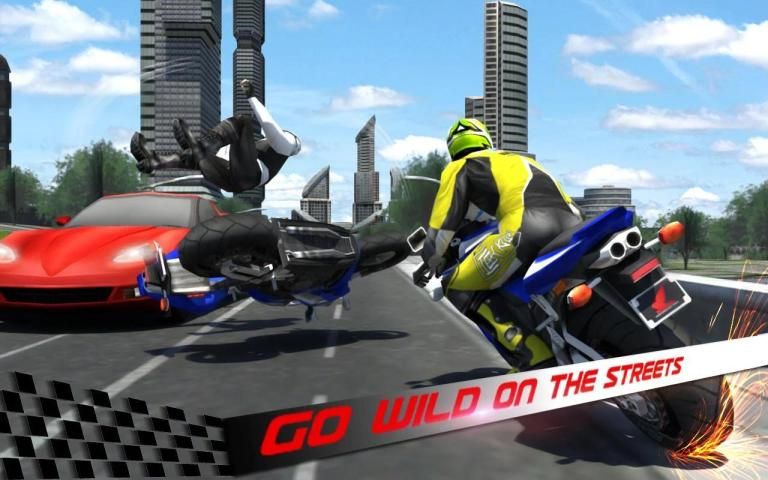 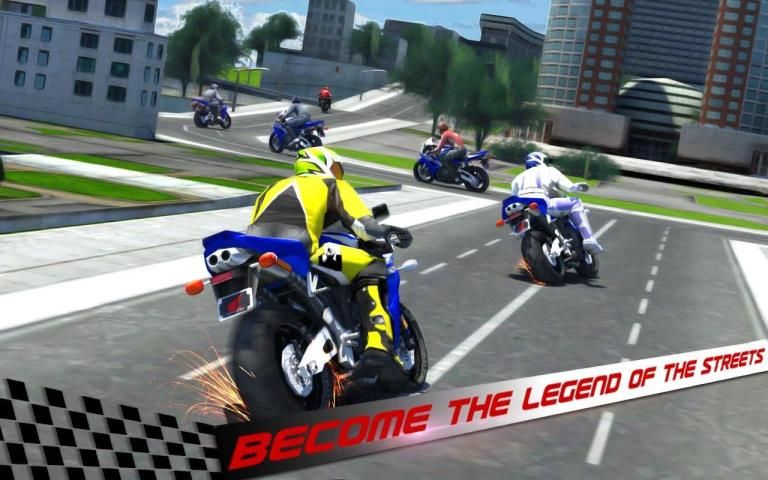 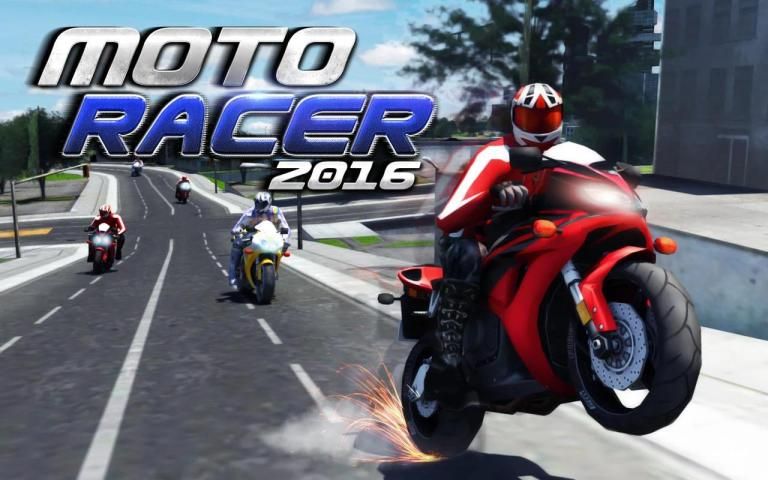 Some India application are update now! 20,000+ users downloaded Moto Racer 2016 latest version on 9Apps for free every week! This is a wonderful app which is unique in android apps. This hot app was released on 2017-09-18. You’ll want to use it on your own phones after you know more.
Moto Racer 2017 HD
Real life super fast moto bike racing experience on the roads full on traffic & cars right in the palm of your hand is out with this new 2017 super motor bikes racing action game!
All the bikers and fast paced furious racers get ready to test your driving, drag, drift, racing, fighting & stunts skills against the most dangerous & brutal bike drivers & racers around as here you would be on the highway, the most brutal road with heavy vehicle traffic & cars driving on really fast speed. Drive, race & fight around the city to prove that you are the best driver & racer. The whole city & its roads are waiting for you to prove that your are the only racing champion & the hero to all the fast racers. Be ready to take on you rival racers & opponent riders with weapons & guns like stick bats, chains, hand to hand combat & rockets because it’s not just a race it’s the survival of the fittest.
Your furious driving skills & the urge to kill the rival bikers will drive you through this traffic filled highway road and make you the hero & champion winner. You would bet in here and chase your dreams. You have plenty of super fast modified heavy bikes to choose from and get on the road to race through traffic, overtaking cars & performing stunts like a true champion hero. You have the nos boost installed on your customized super fast modified sports heavy motor bikes to catch up with your opponents & then leave them behind. Use your stick bat, chain or missile ot shoot down & kill your rivals or kick them to throw them off their bikes. It’s a hardcore race a game of life and death while you accelerate. This game is full of thrill & action to satisfy you adrenaline.
Win as many races as you can to unlock & upgrade your moto bikes. Stunts are grand and thrilling & the whole city want to see them on the roads. Race & fly! Kill the enemy and win the bet. Be the hero champion, Good Luck!
***Features***
- Easy to Use
- Multiple motor cycles.
- Multiple environments. Locked and unlocked environments.
- Flexible controls
- Multiple game modes
- one way and two ways traffic modes
- flexible and comfortable usage and gears through which you can control it easily
- Nice and clear stylized graphics
- Tilt/buttons control
- Use Nitro to beat opponent
- Real life traffic racer
- Moving and static obstacles
- Collect Cash
- Store to buy bikes
- Endless Run (infinite run)
Follow us at facebook to be aware of best android games: https://www.facebook.com/topactiongames2015
Follow us at twitter: https://twitter.com/TAG2015_STUDIOS
PS. We work hard to ensure that our games run properly on every major android phone and tablet. If however you encounter any issue which doesn't let you enjoy our games, please report it to topactiongames2015@gmail.com
Regards
TAG 2015 TEAM