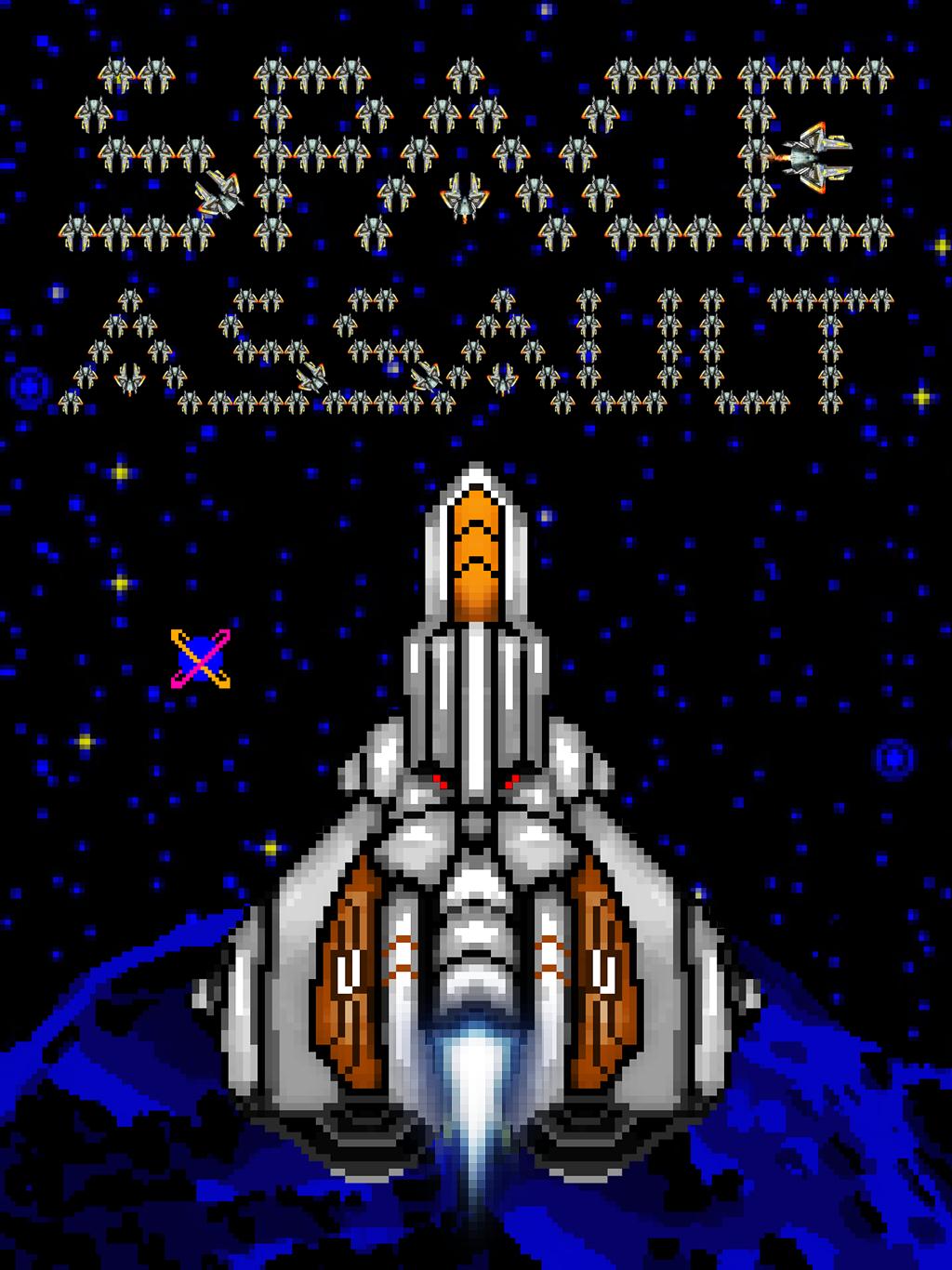 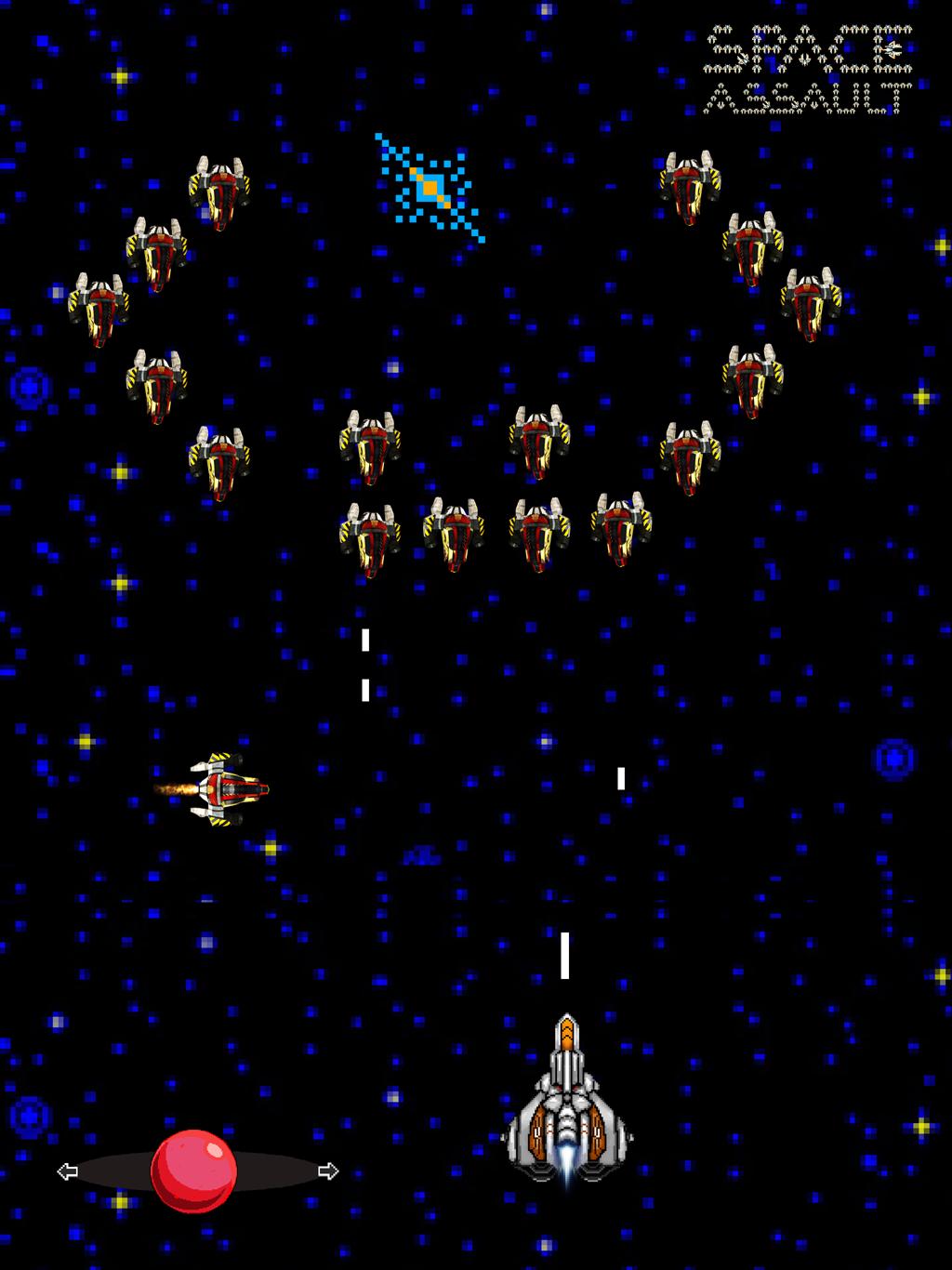 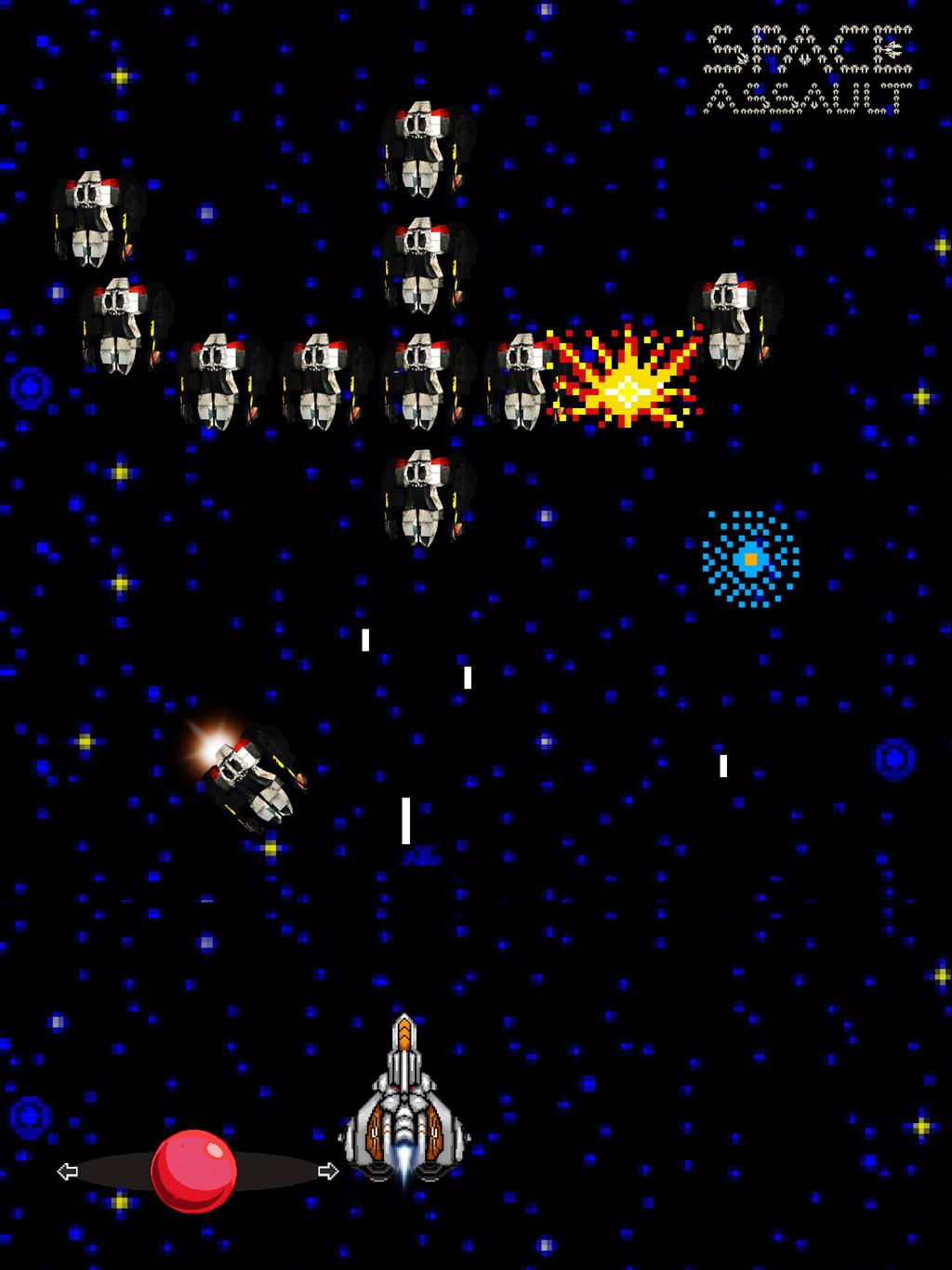 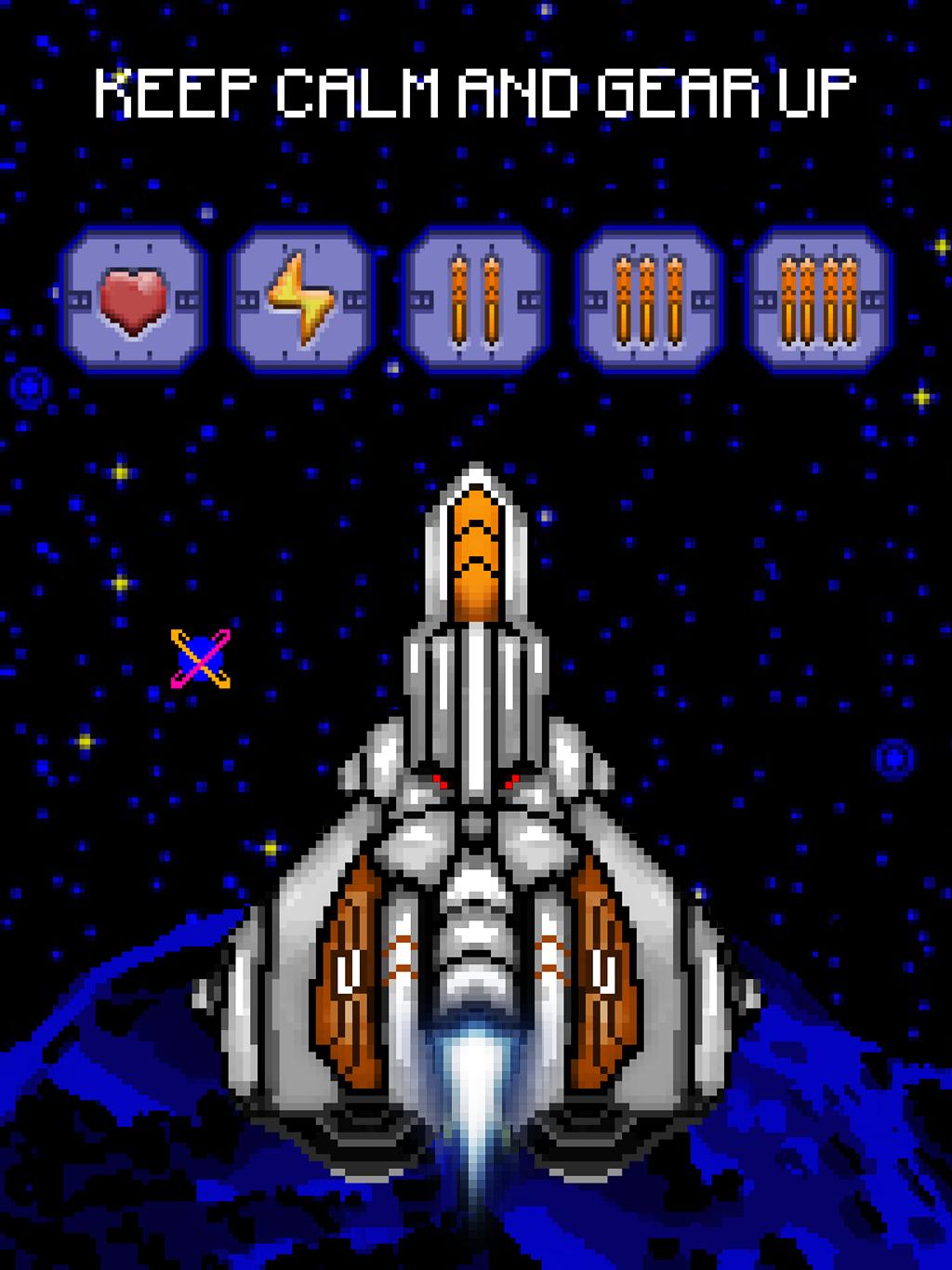 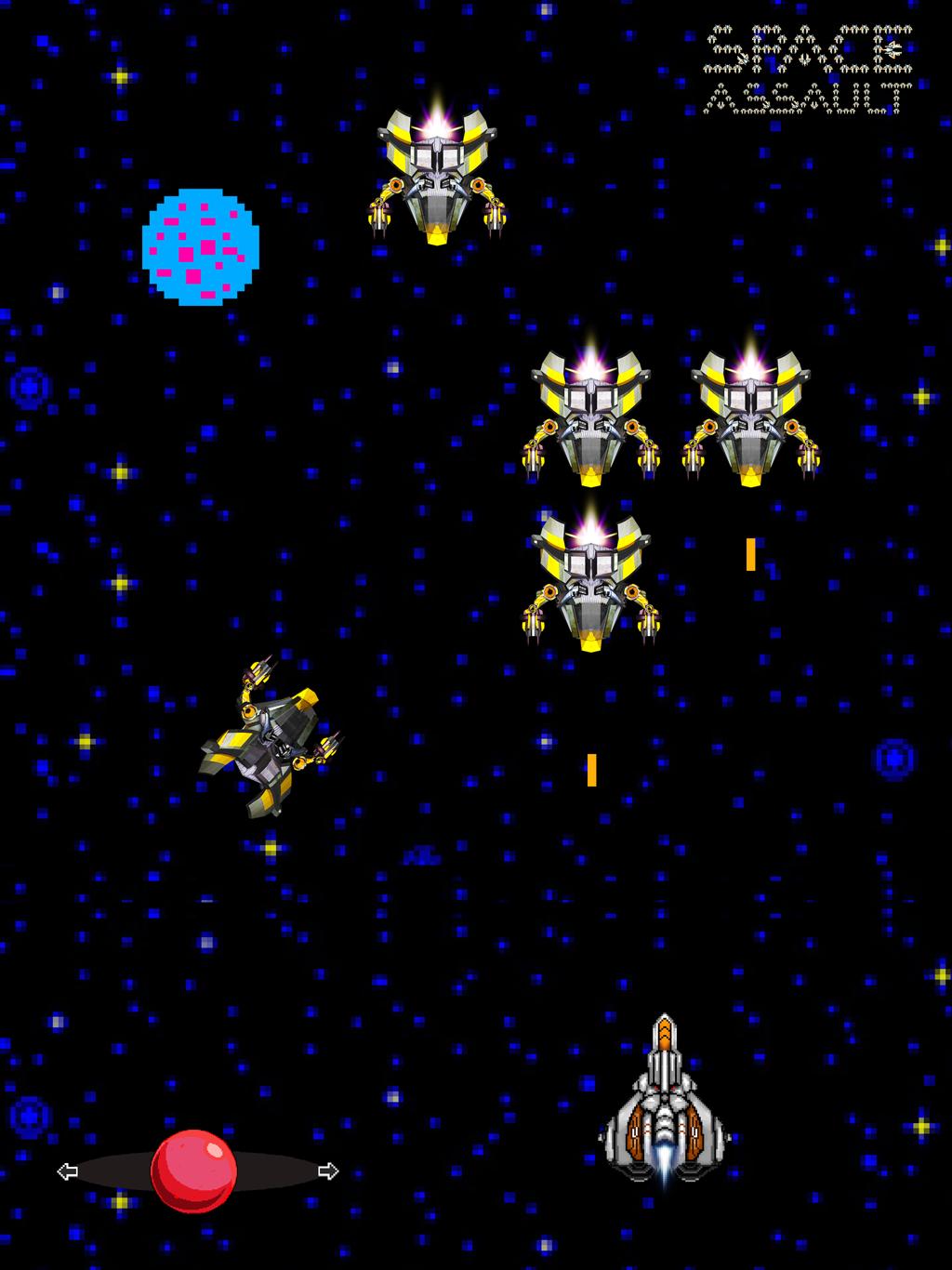 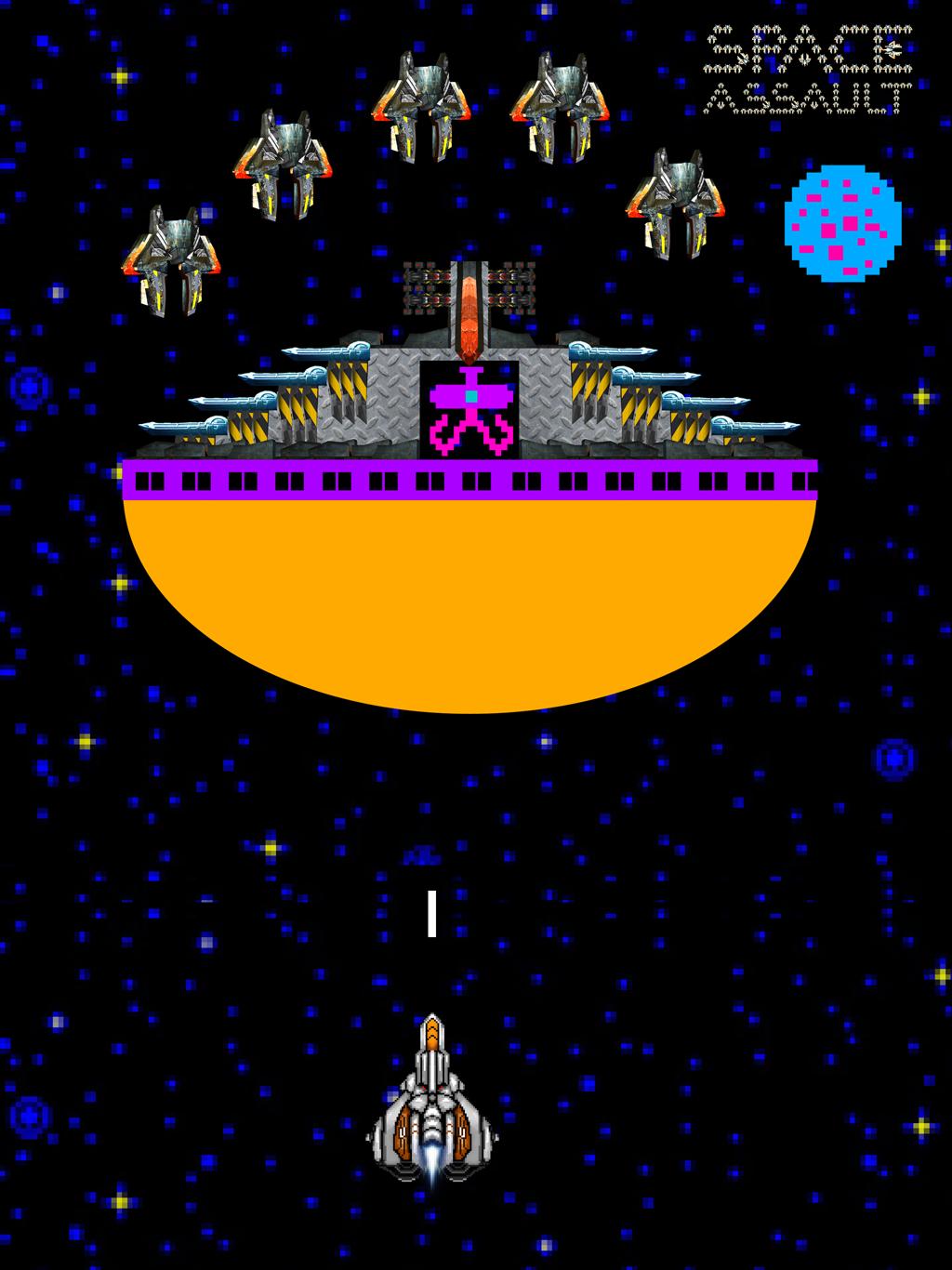 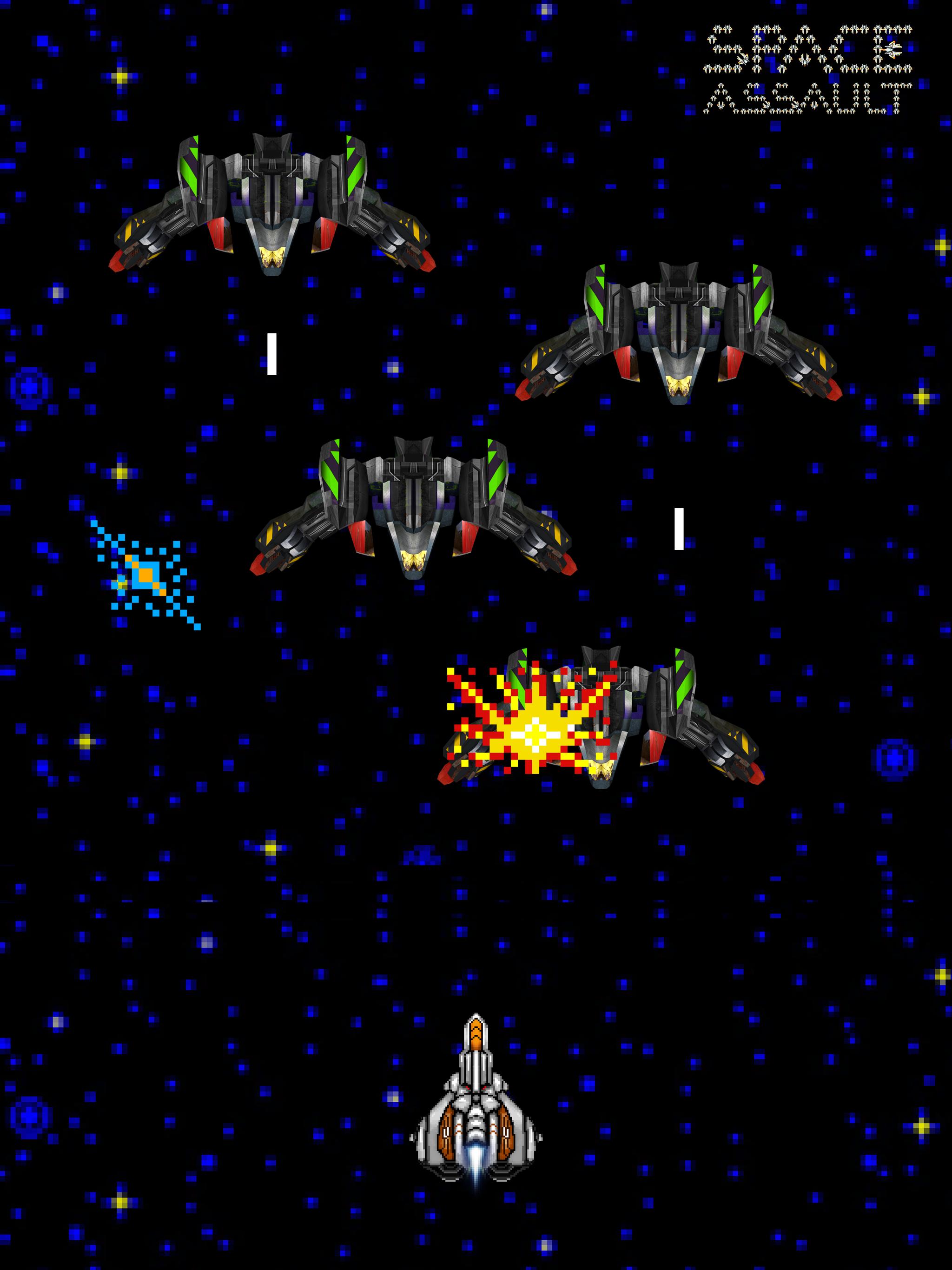 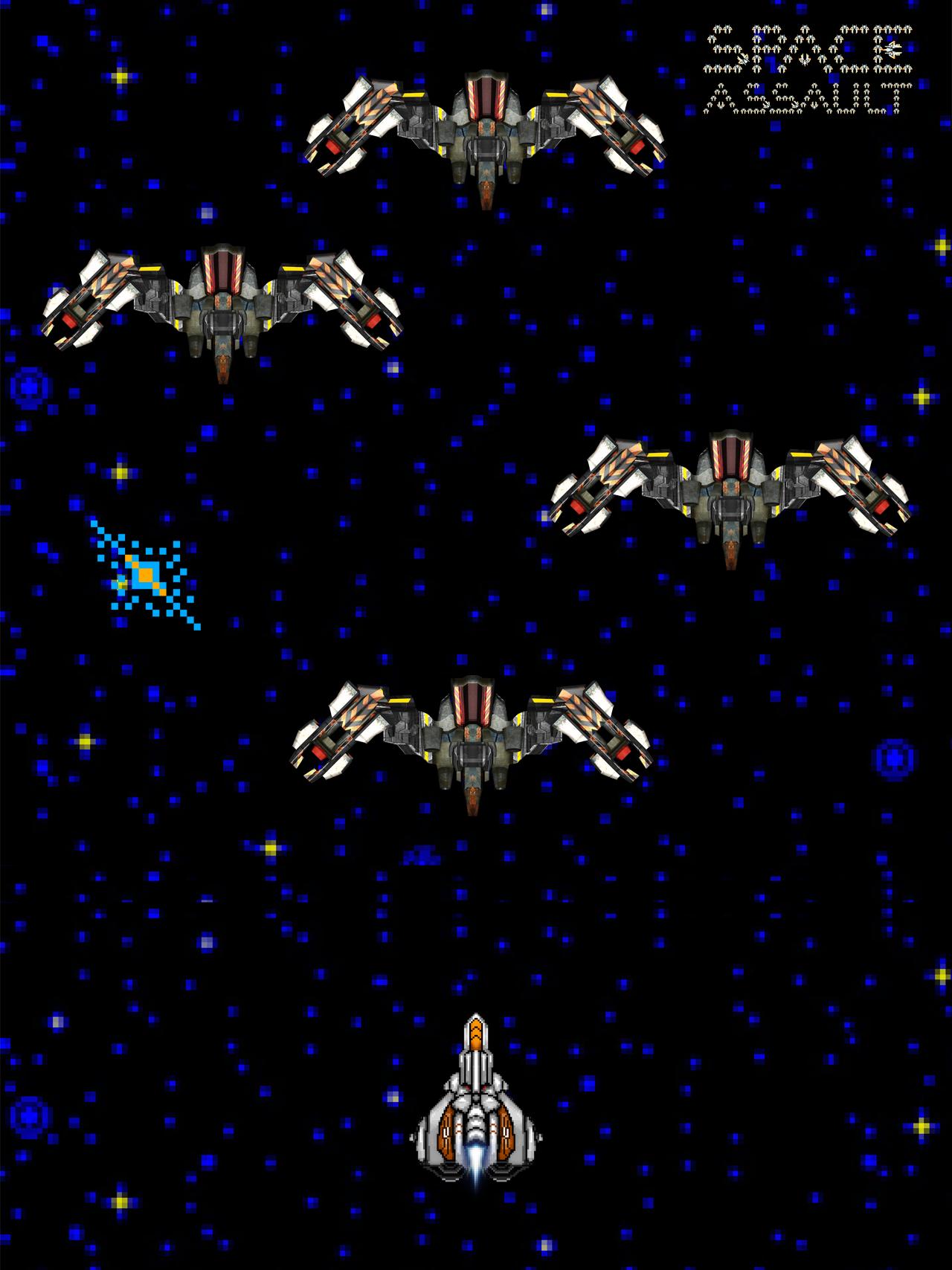 Space Assault is a galaxy Shoot`em Up similar to Galaga or Space Invaders. Best of space games. Aboard your spacecraft, you will have to get rid of a large number on enemies while dodging their attacks in this space shooter game.
There are five basic stages to each round of play. After a melodious introduction, the first stage begins with a wave of sixteen enemies attacking the spaceship. They drop missiles and dive at the spaceship, in an effort to destroy it.
The spaceship maneuvers left and right, evading the missiles and aliens, and fires rockets, attempting to destroy the opponents.
The spaceship can utilize the "Force Field" as a means of protection from the missiles and enemies, and can destroy the opponents by colliding with them while in the Force Field. The Force Field only lasts a few seconds and then cannot be used for approximately five seconds afterward.
The third stage begins with a wave of eight "Eggs" that are transformed into big spacecraft aliens that attack the spaceship. These aliens can be destroyed by rocket fire from the spaceship. If the rocket hits the alien on center, the alien is destroyed. If the rocket hits the alien to the left or right of center, only that wing of the alien is destroyed. The wing will regenerate itself in a short time.
The fifth stage is the attack of the spacefortress, which sends down waves of small ships to attack the spaceship, in addition to direct missile fire from the spacefortress. Spaceship rocket fire can penetrate and break down the protective barrier shielding the space creature in the spacefortress.
Good aim and timing are critical to high scoring in this space game.