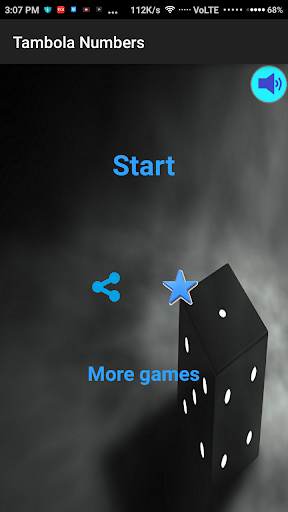 This Application work as Caller in Tambola/Housie/Bingo Game . Generate random numbers. Tambola or Housie or Bingo is played with Numbers (1-90) being called out by 1 person/caller and players striking out those Numbers on their Tickets.
How To Play?
1) The Caller needs to generate a random number if Number matches in below numbers ,number color green to indicate numbers.
2) If a number called by Caller exists on a player’s ticket, then the player has to strike it.
3) Once a particular Winning point is achieved by a player, he has to claim for it immediately.
4) Caller has to verify the winning by matching the struck numbers on the ticket with the called out
numbers. Caller then declares if the winning has been successfully claimed. If not, the winning point
is still available to be claimed.
5) Game ends when all the Tickets are successfully CLAIMED.
Our Application has List option, where user can check list of numbers in the order of calling. This is useful for checking numbers on Tambola or Housie or Bingo Tickets.
Its a fair play game. Must for kitty parties for playing Tambola or .Housie or Bingo. No chance of cheating by anyone.
Lets play !!!!!