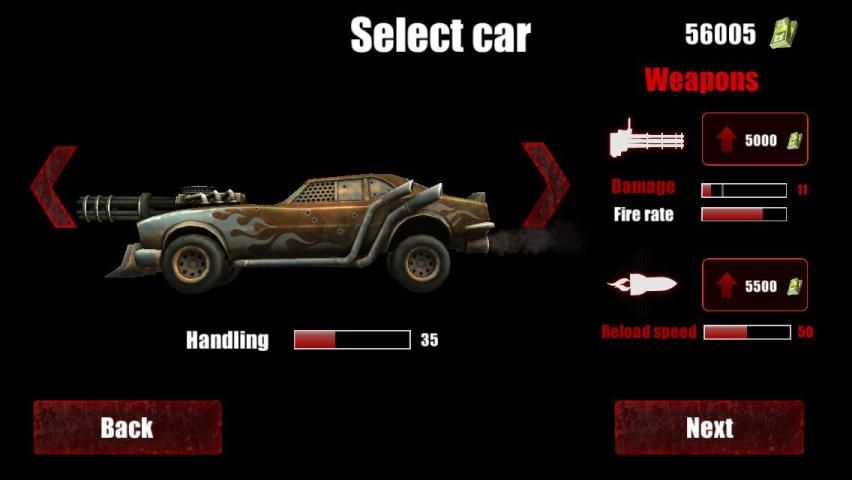 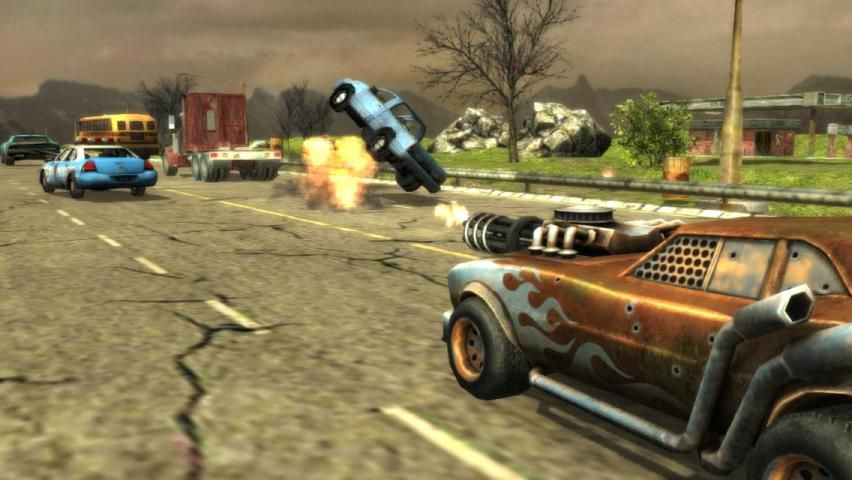 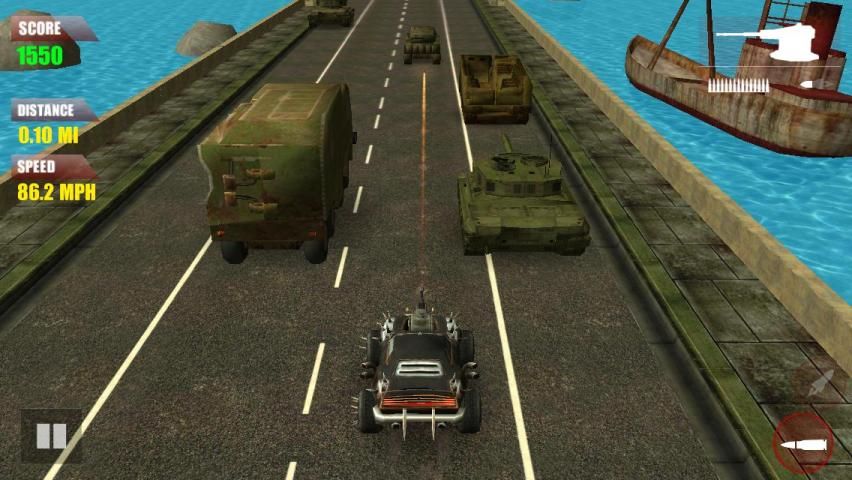 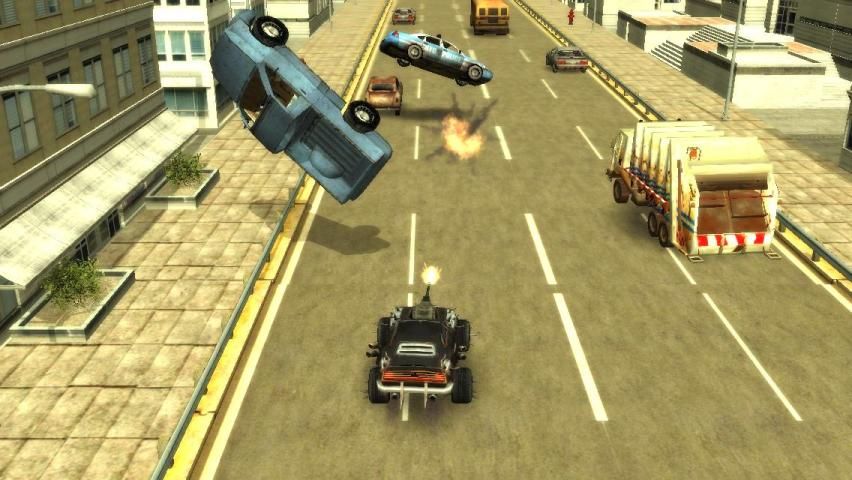 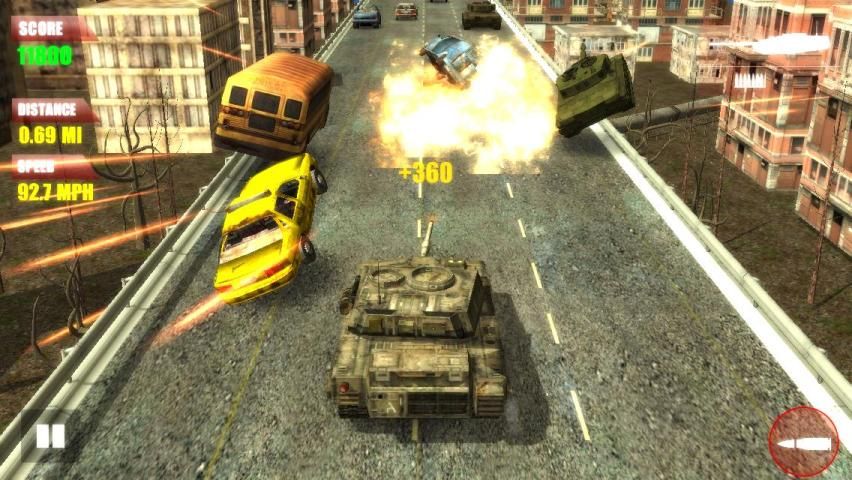 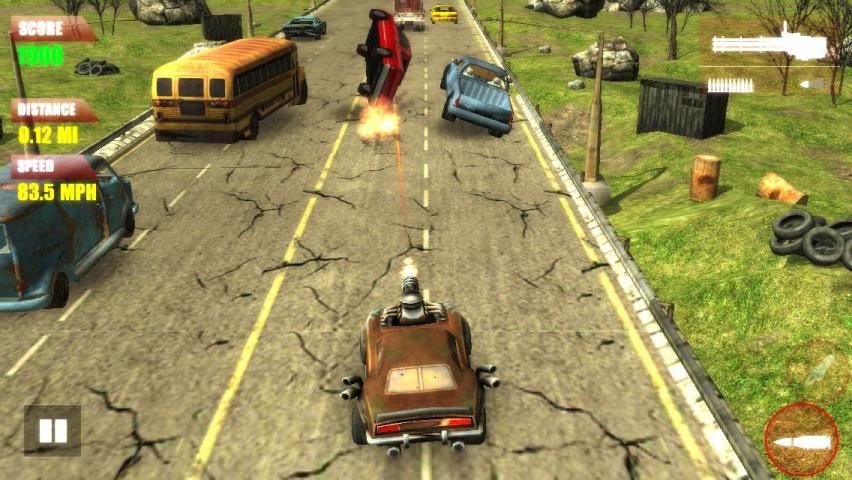 Clear the highway from traffic with a minigun or send the car in front of you flying to the sky with a missile.
Upgrade your weapons and buy new battle cars with cannons and turrets to cause more havoc and get higher score! You get more cash the more cars you destroy out of your way and the longer you survive on the road.
THE ULTIMATE ROAD FIGHTER
Traffic Fighter is the coolest death racer game featuring:
- Four post apocalyptic environments: countryside, city, bridge, slum
- Lot of cars to gun down including police cars, military trucks and tanks
- Realistic car physics with cool gun fire and explosion effects
- Massive fire power: minigun, rockets, cannon, tank turret
Fight your way through four maps and avoid collisions with vehicles of different type and size. It takes more firepower to destroy bus, truck or even a tank than a taxi or SUV which you can shoot away with a single rocket. Upgrade your guns to cause more damage and mayhem!
Easy gameplay:
1. Tilt your device to steer
2. Press fire to shoot or launch a missile to clear the way
Fast paced car shooting with epic car crashes and total destruction!
Rate the game if you liked it!