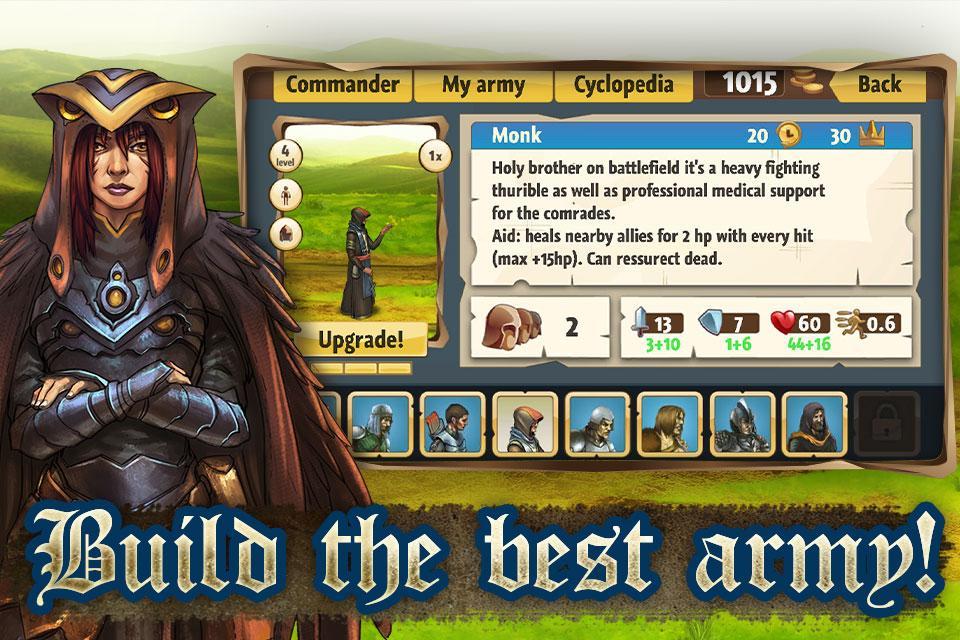 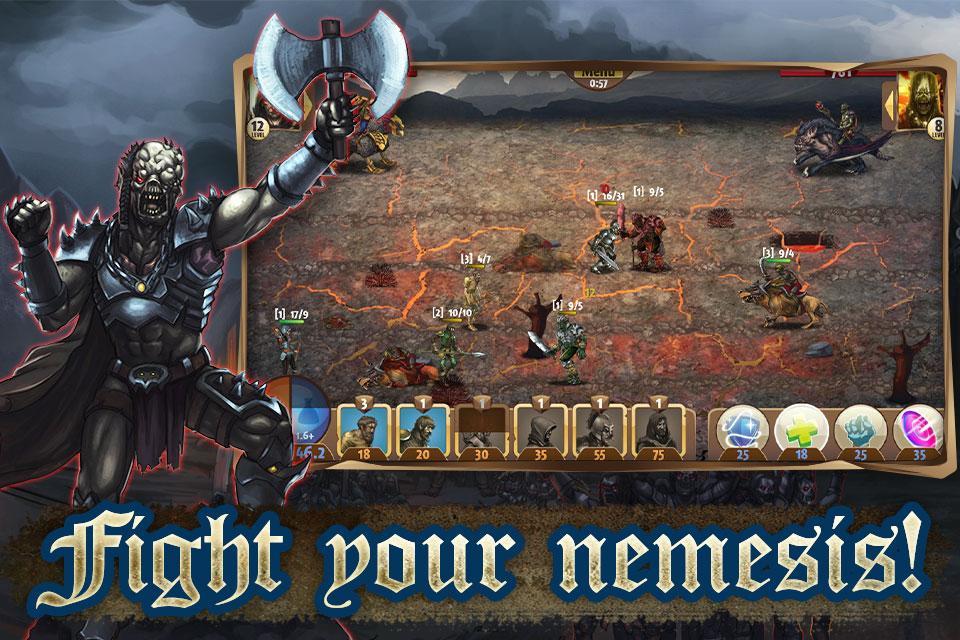 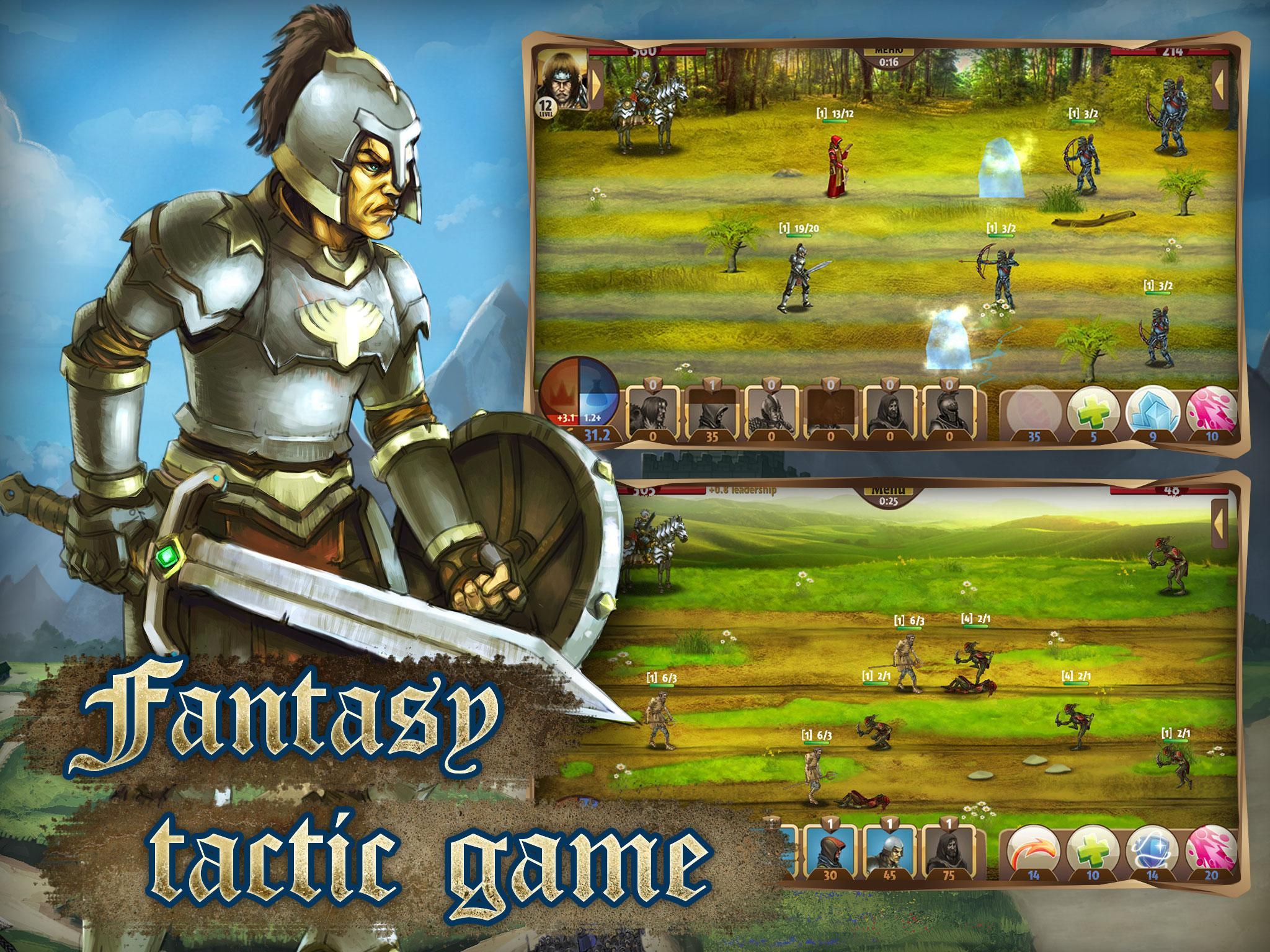 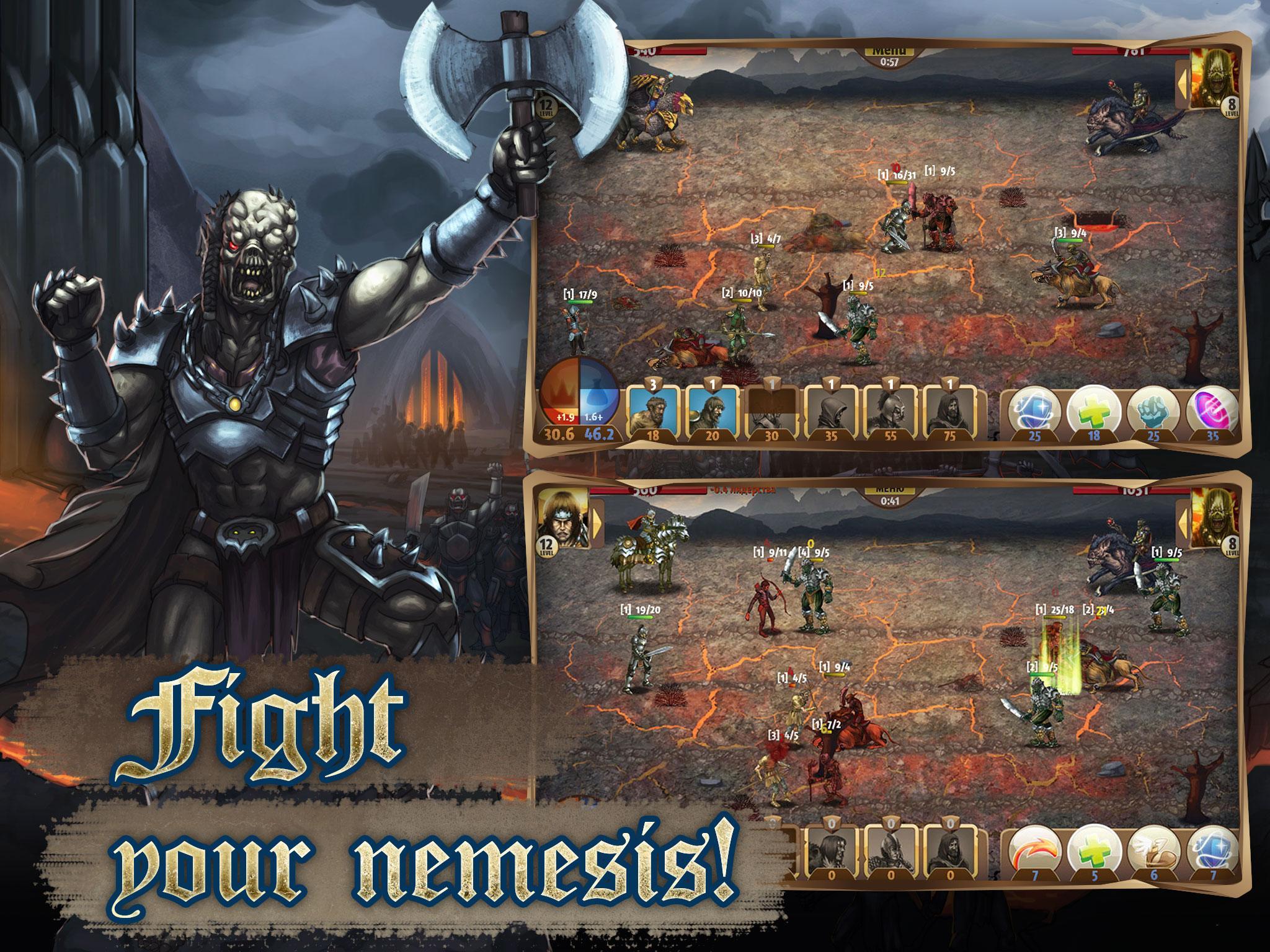 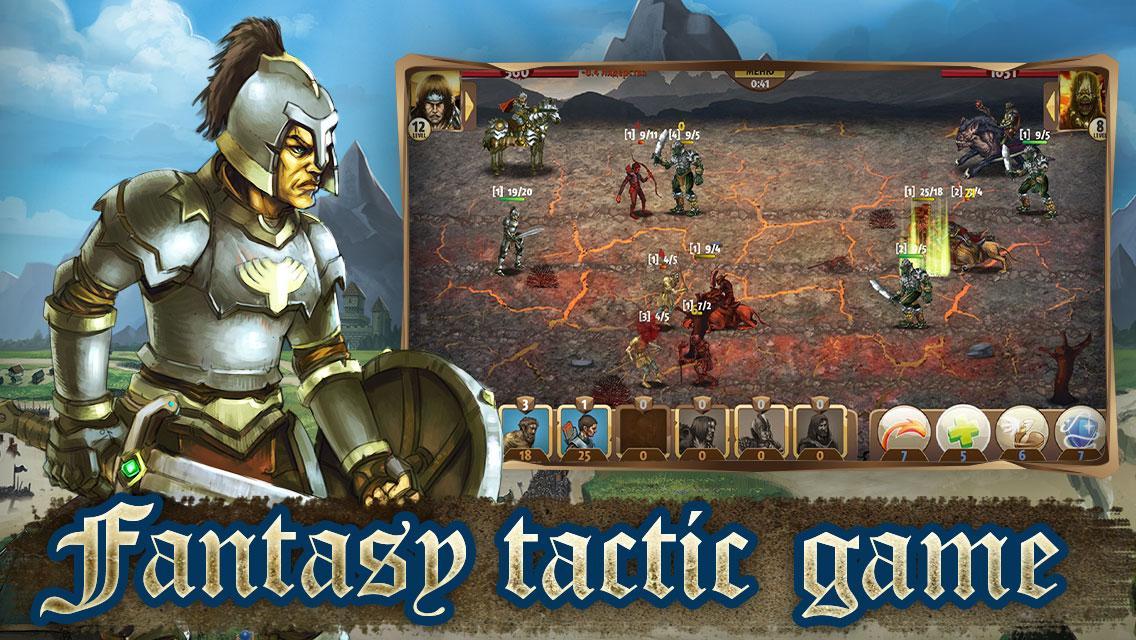 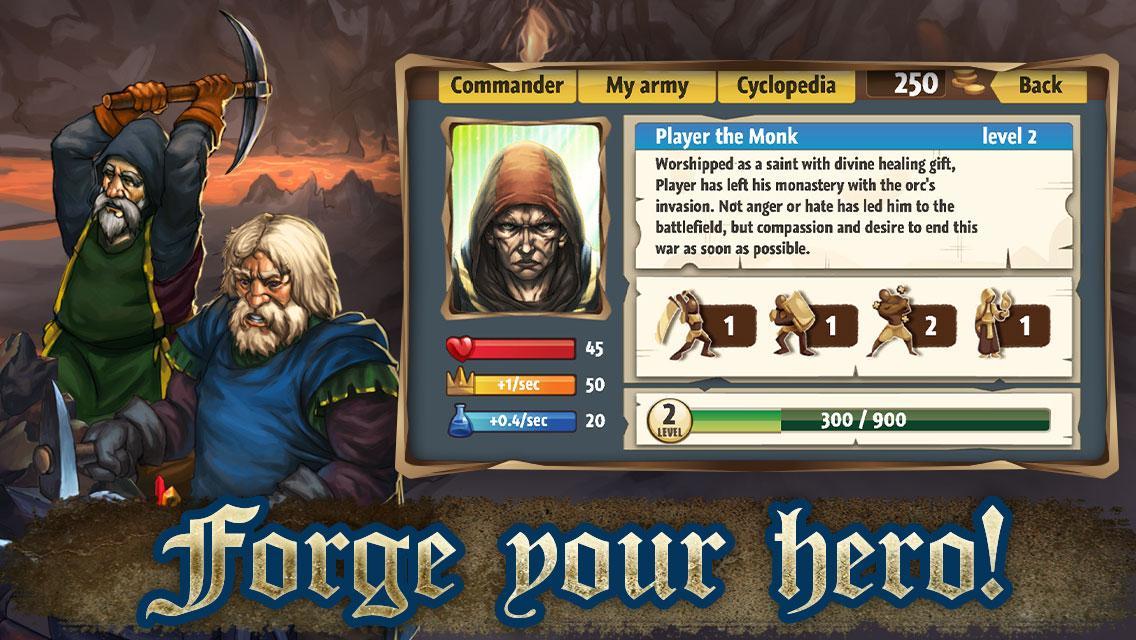 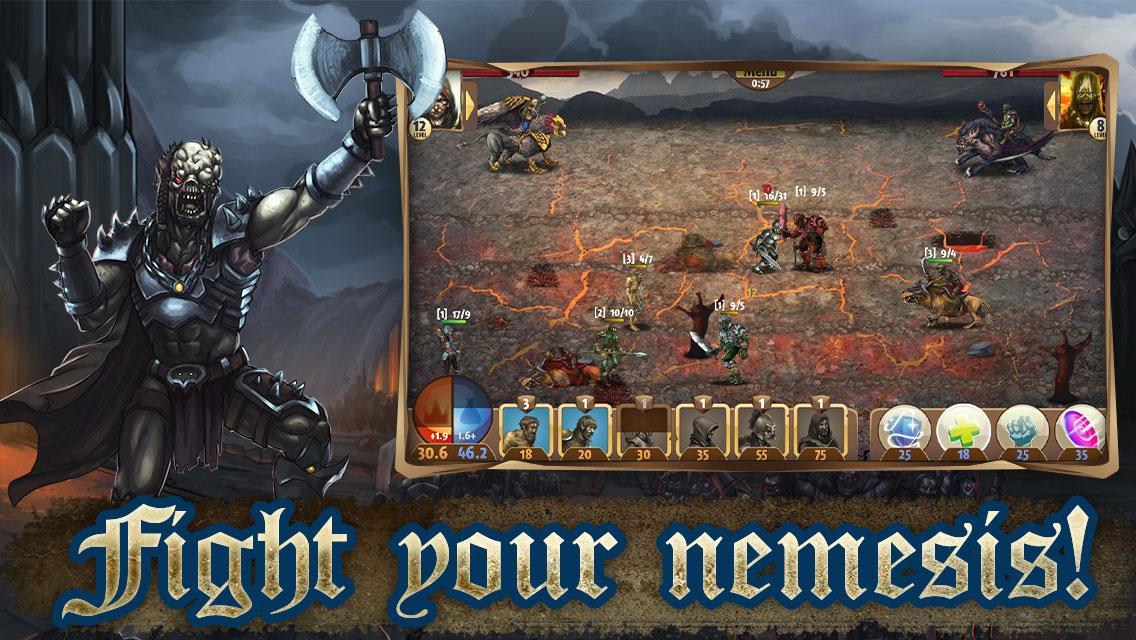 Fling yourself into the marvelous and cruel world of Top War where a battle is about to be triggered. Hordes of orks, whose mind got obfuscated by the under-earth evil, attack the borders of the human land.
If the kingdom will survive or fall depends on one of its best commanders: a strong barbarian, an unflinching guard, a merciful clerk and a mighty wizard. Choose the one who is going to be at the head of the humans, gather your army and go to fight!
You are to accept a battle in the thicket of the forests and under the burning sun of the deserts, in the mountains covered with snow and on the poisoned lands.