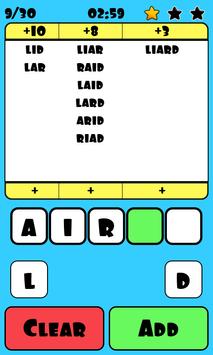 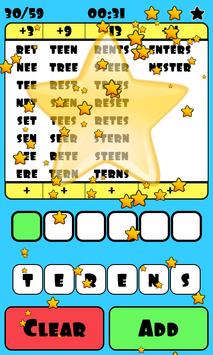 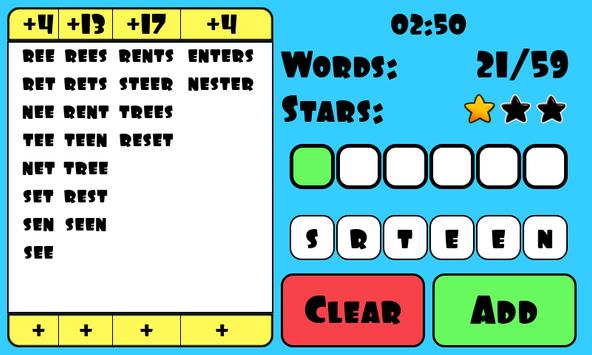 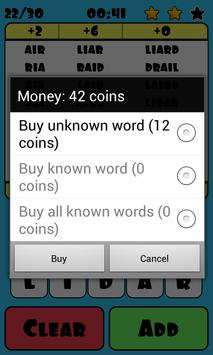 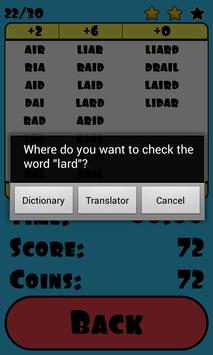 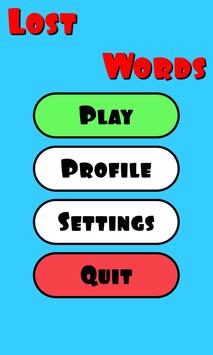 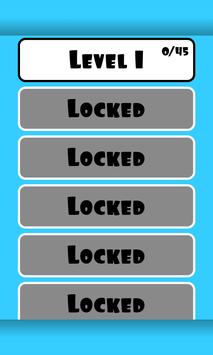 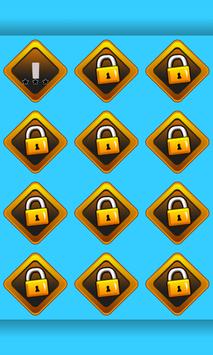 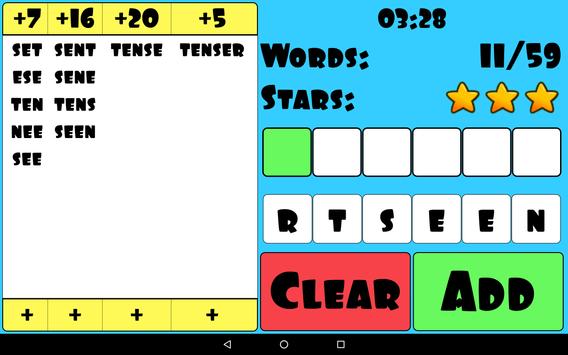 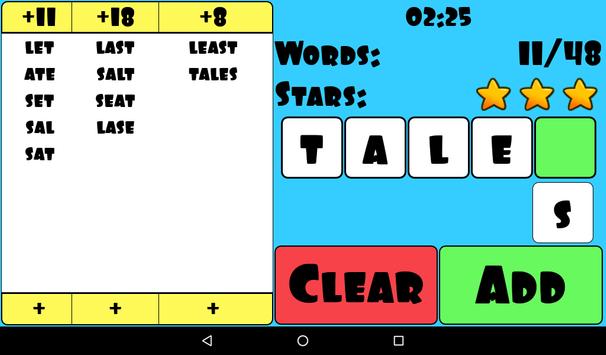 Lost Words is a words game in which, with 5 or 6 letters, you must find as many words as you can in a limited time of four to five minutes, depending on the number of possible words.
Lost Words has levels in English and Spanish languages, both international, including American, British and Australian terms in English, and from all Spanish-speaking countries in Spanish.
You will find 90 levels for each language, with a minimum of 30 words and a maximum of 59, where you can find prepositions, adjectives, adverbs, nouns, pronouns, verbs with their conjugations, singulars, plurals, masculines and femenines. Over 2800 words for each language, enough for several hours of gameplay.
Each time you find a correct word, you earn 1 coin for each letter of the word. Write all the words you know as fast as you can and spend your coins to buy unknown words, or if you want, play the level several times looking for words of a certain length and in a last attempt, buy all the known words to get the stars. The purchase all known words option has a 25% discount over the single word price.
If you find all the words before the time limit, you will earn a coin for every 5 seconds remaining.
Once you have a word in the list, you can click on it and it will show a menu with options to check the word in the dictionary or Google translator.
If you use the online profile, your progress will be saved on the cloud and can be loaded later on different devices, besides participating in Google Play leaderboards and achievements.
Lost Words is a game based on anagrams.
An anagram is a word formed by rearranging the letters from another word. In example, from "word", we can make the word "drow". In Lost Words, you can also add the words "dor", "dow", "row" and "rod".
For Spanish levels, take in mind that accents differ, so you can add "toma" and "tomá", but you can't add "asi", as this word is not in the spanish dictionary. You can instead add "así".
For suggestion or complaints, please contact me at the email shown in the download page.