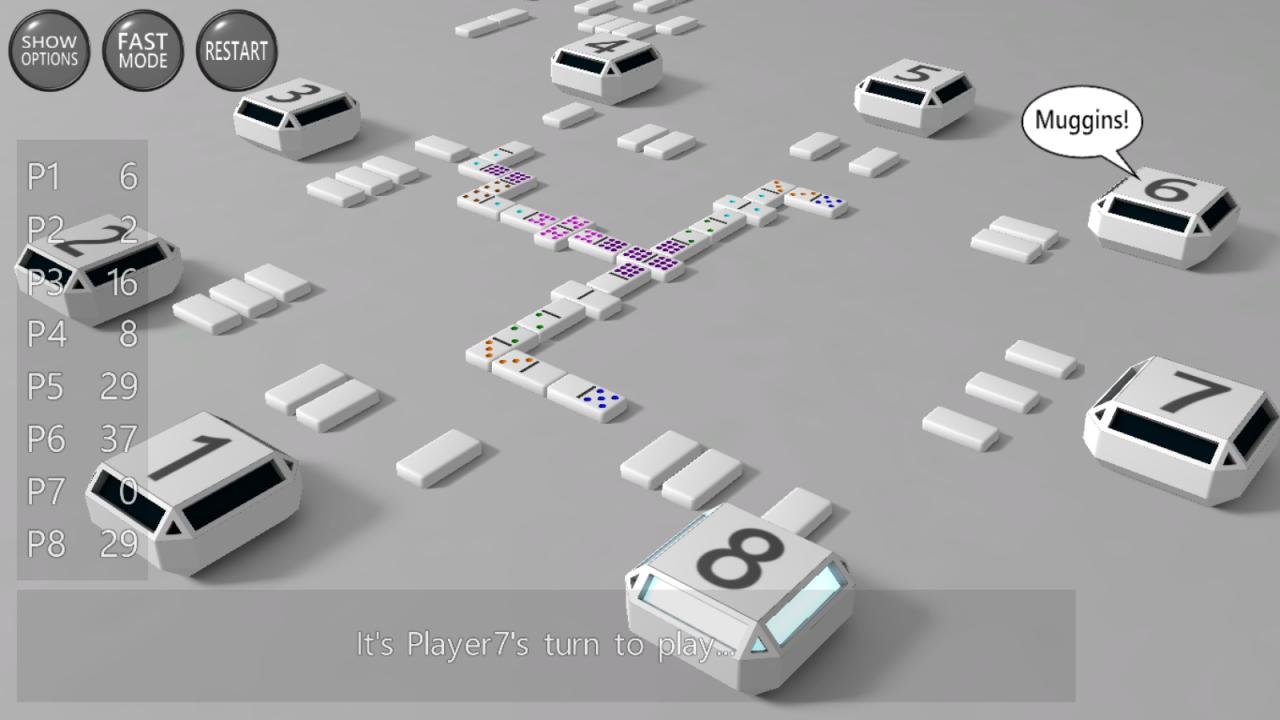 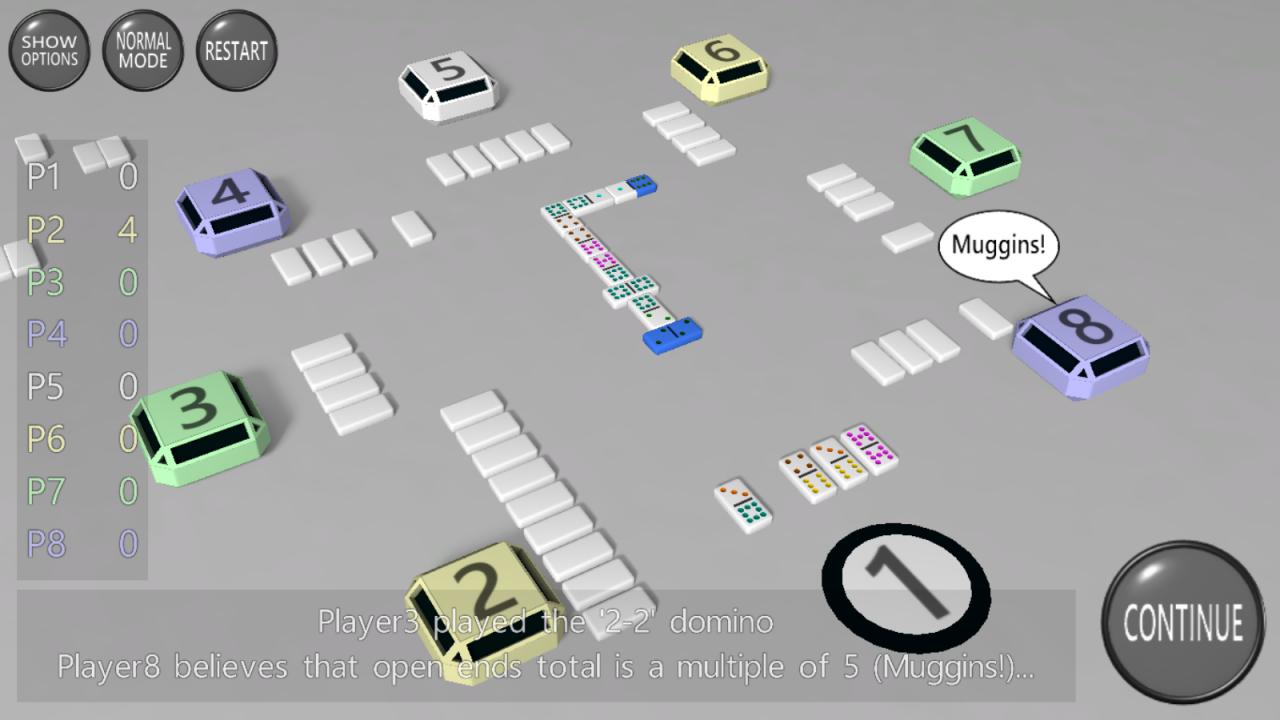 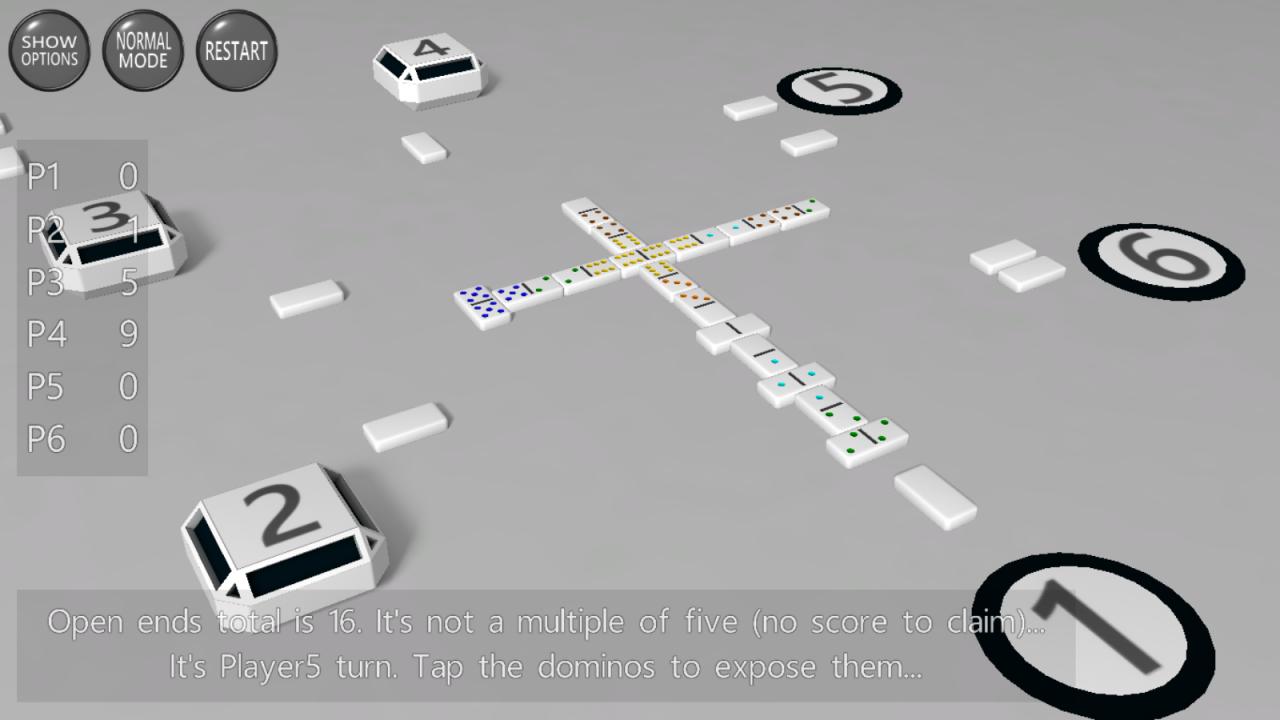 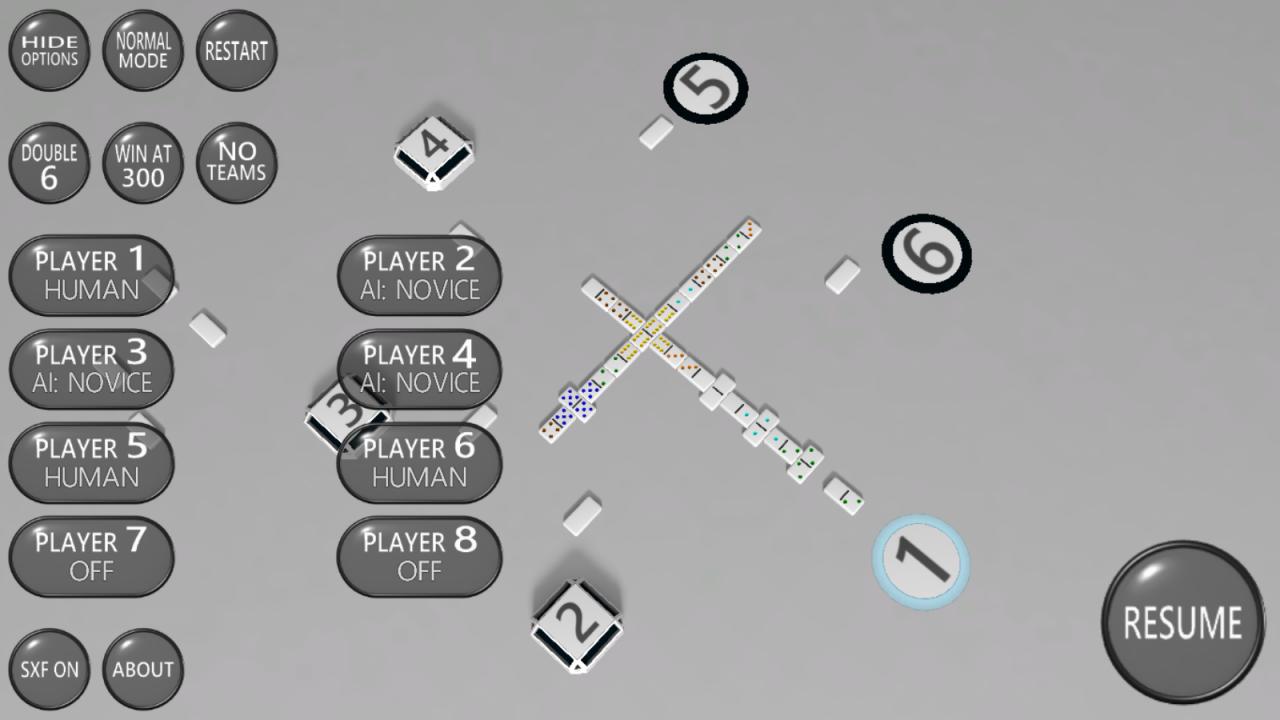 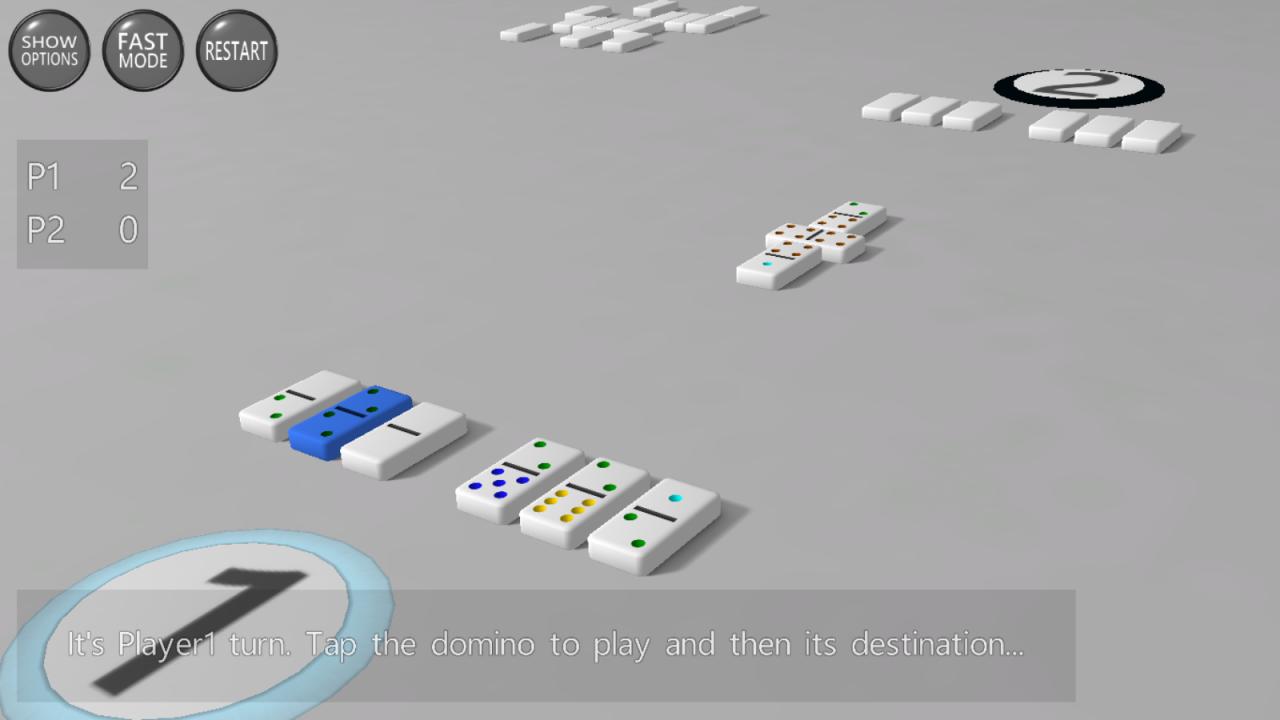 Play Dominoes in 3D against up to 7 artificially intelligent entities or humans!
This game is currently only available in English to English-speaking countries. We are working to create localized versions in other languages.
- Neat graphics and truly 3d environment, for a Dominoes game like no other!
- Like the real-life game, option to claim 'Muggins!' before other players, to score!
- Any number of players, from 2 to 8
- Team playing is supported for 4, 6 and 8 player matches
- A.I. units can play against humans and/or other A.I. units, individually or in teams!
- Humans vs human matches supported!
- Choose any domino sets from double-2 to double-9!
- Sophisticated artificial intelligence that can simulate novices as well as champions
- Persistent and fully resumable game state
- Step-by-step tutorial included!

This update improves app stability on devices based on Intel processors