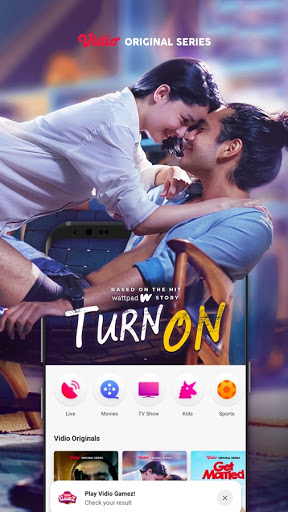 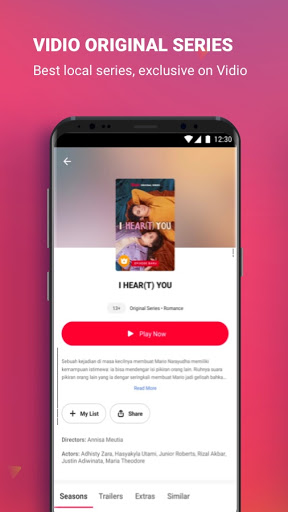 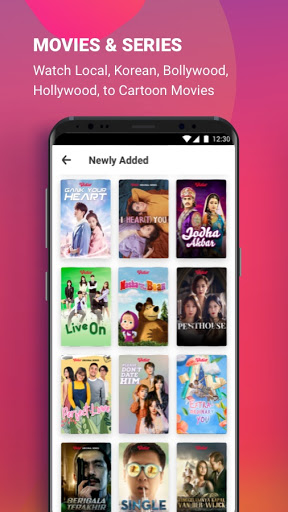 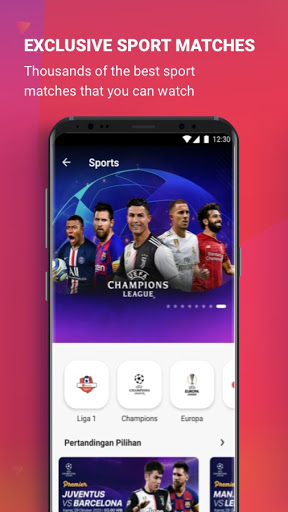 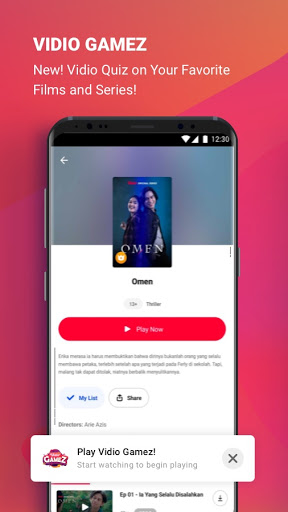 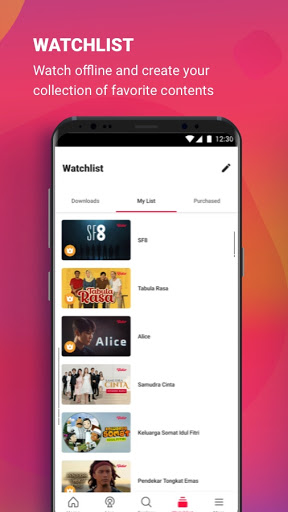 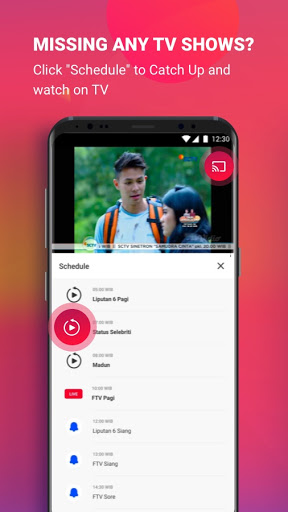 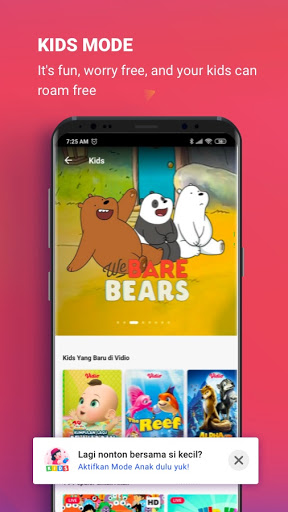 You can watch international and national TV, live streaming channels, favourite western movies, Korean drama and series as well as fun and entertaining videos.
Vidio is the most complete media streaming platform in Indonesia that allows you to watch anything, anytime, anywhere.
With all comfort at home, enjoy our best selected programs that you like starting from:
- Live streaming TV Channels, such as SCTV, Indosiar, O Channel
- Commenting such sport events: NBA, English Premier:League, Champions League, badminton, tennis at beIN Sports Channel*
- Having the most actual, sharp, and reliable news updates from Liputan 6
Still looking for any other highly rated yet light-hearted exclusive programs?
- Local drama series and TV shows: Liga Dangdut Indonesia, Cinta Karena Cinta, Samudra Cinta, Anak Menteng, FTV, D'Academy, Stand Up Comedy Academy.
- Gossips and updated news about celebrities
- Original Movies & Series from Vidio*, such as Heart series, I Love You Baby, Get Married and Omen
- Korean drama*, education channel for kids!
- Thousands of drama series and movies in HD quality for all ages*
- Listen to live Radio Stations, such as Prambors, Hard Rock FM, Trax FM, and other radio stations
- Video clips and music performance starting from local to international artists
- Documentary films and travel destination reference both in domestic and overseas
- Recipes and cooking video and world's greatest culinary reference
- Creative contents uploaded from our young creators at Vidio!
Psst, one of our exclusive contents are Gundala and Parasite. Isn't it cool?!
To get the best entertainment experience, Vidio requires internet connection via WiFi or data package from your telecommunication provider (not included in Vidio subscription package). Internet quota consumption will determine by duration of content consumed.
*Some content need subscription packages that available start from IDR 10.000/Day

Vidio Kids! A happy place for your kids watching their favorite cartoons!
Now you can learn & have fun with your little one by watching Vidio!
You just have to choose Kids category and enjoy hundreds of the best and most complete kid's shows from Vidio Kids.
You can also activate "Kids Mode" from kids category, that makes it only shows favorite cartoon without worrying about your little one watching other contents that you don't want.
It's fun right? So let's update to the latest version now!