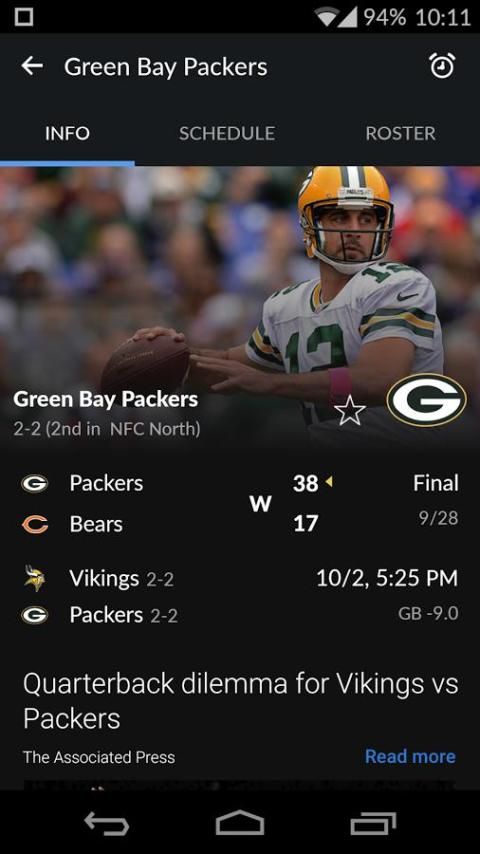 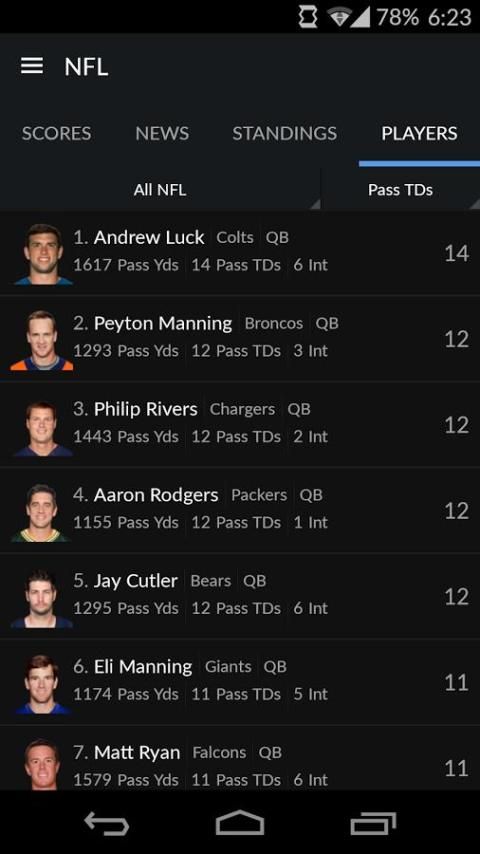 With the updating of mobile application, 20,000+ users downloaded Sports latest version on 9Apps for free every week! You can enjoy it by use in your own phone. This hot app was released on 2017-05-04. It is a very popular app on India now.
Yahoo Sports is the fastest way to access the latest scores, stats, and info on your favorite teams and leagues. With MLB, NBA, NHL, NFL, MLS, NCAA and more, Yahoo Sports keeps you in the game with live updates so you never miss a play.
Included in Yahoo Sports:
Baseball - MLB
Football - NFL, NCAAF
Basketball - NBA, WNBA, NCAAB, NCAAWB
Hockey - NHL
Soccer - MLS, Champions League, Europa League, Copa America, Russian Premier League, Eredivisie, Brazil Serie A, Ligue 1, Coupe de la Ligue, Coupe de France, Tropee des Champions, Ligue 2, Bundesliga, German Super Cup, DFB Pokal, Premier League, League Two, League One, Championship, Scottish Premier League, FA Cup, League Cup, Italian Serie A, Coppa Italia, Serie B, La Liga, Copa del Rey, Segunda Division, Spanish Super Cup
Golf - PGA, LPGA, PGA Champions, PGA Web.com, PGA European,
Auto Racing - NASCAR Sprint, NASCAR Xfinity, IndyCar, Formula 1
Wrestling - MMA
Tennis - Men's Tennis, Women's Tennis
Make Yahoo Sports yours:
1. Sign in with your Yahoo account to get the best experience across all devices
2. Star your favorite teams and leagues to get personalized news and updates about the sports you want
3. Set alerts for your favorite teams so that you get notifications when you want them. Find out every time they score a run or only when the game starts. Your choice.
4. Get exclusive content from our writers like Adrian Wojnarowski, Dan Wetzel, and Pat Forde in the app

This Yahoo Sports app is being replaced by a new version. You will soon be prompted to download the new and improved Yahoo Sports app. This app will soon be going away.
Thanks for all the years of sticking with us and we'll see you on the other side.
v5.10.5 fixes a crash when receiving notifications