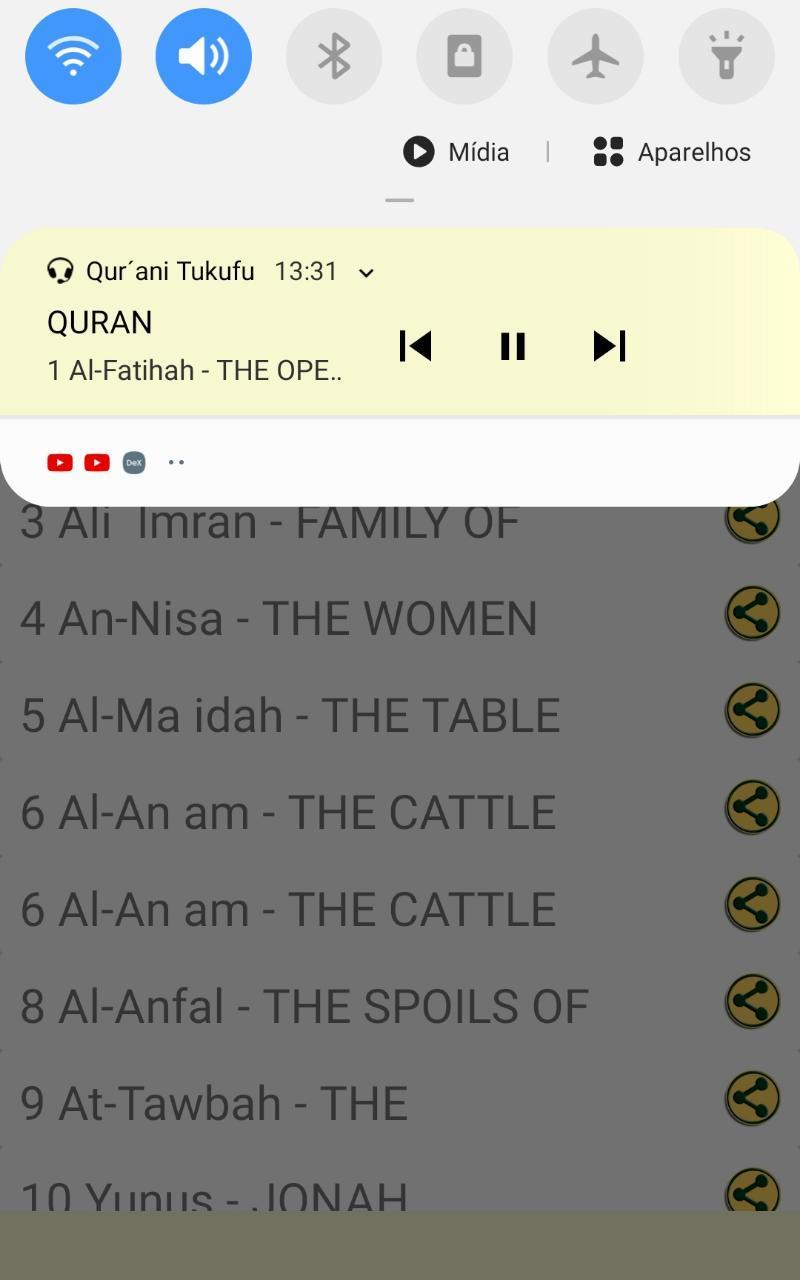 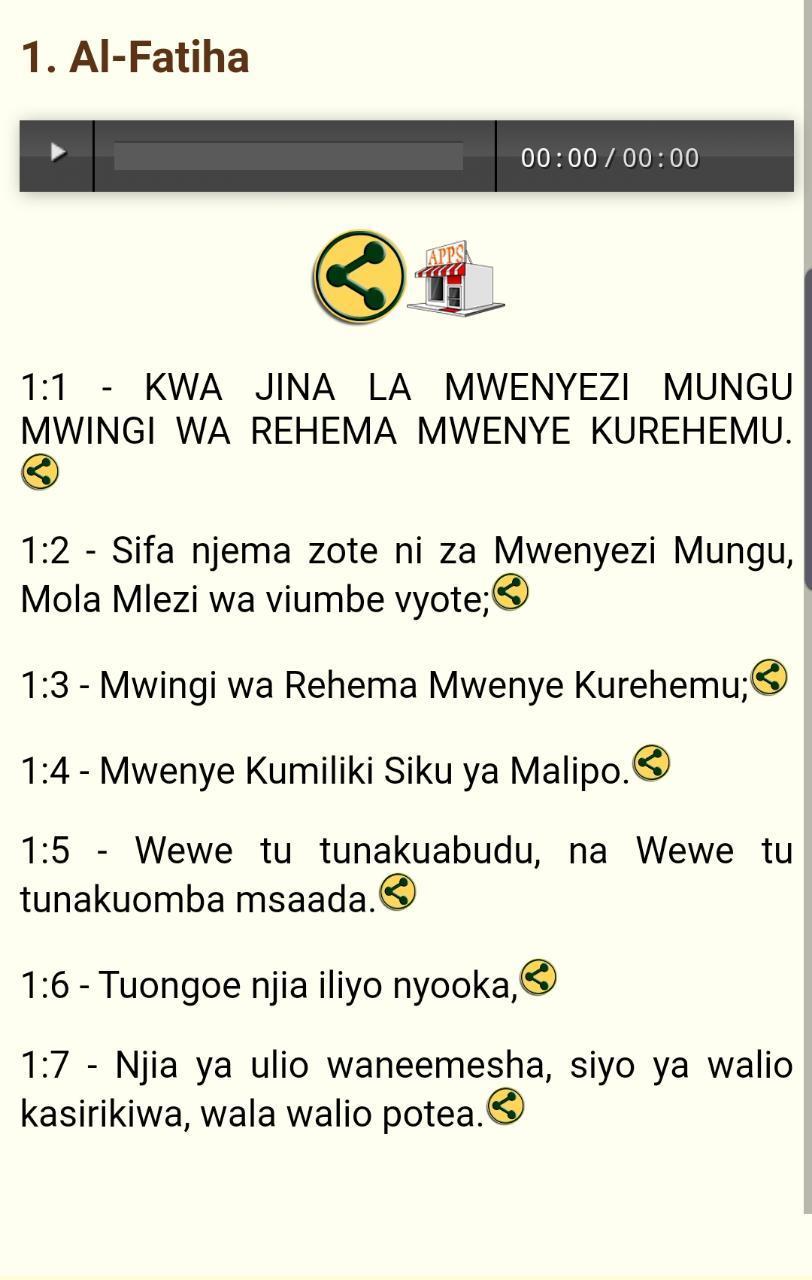 Qurani [Kiswahili] - Swahili Holy Quran Audio Sound Voice MP3
The Quran (/kɔːrˈɑːn kor-ahn; Arabic: القرآن‎‎ al-Qurʾān,[n 2] literally meaning "the recitation"; also romanized Qur'an or Koran) is the central religious text of Islam, which Muslims believe to be a revelation from God (Arabic: الله‎‎, Allah). It is widely regarded as the finest piece of literature in the Arabic language. The Quran is divided into chapters called suras, which are then divided into verses, called ayahs.
Muslims believe the Quran was verbally revealed by God to Muhammad through the angel Gabriel (Jibril), gradually over a period of approximately 23 years, beginning on 22 December 609 CE, when Muhammad was 40, and concluding in 632, the year of his death. Muslims regard the Quran as the most important miracle of Muhammad, a proof of his prophethood, and the culmination of a series of divine messages that started with the messages revealed to Adam and ended with Muhammad. The word "Quran" occurs some 70 times in the text of the Quran, although different names and words are also said to be references to the Quran.
According to the traditional narrative, several companions of Muhammad served as scribes and were responsible for writing down the revelations. Shortly after Muhammad's death, the Quran was compiled by his companions who wrote down and memorized parts of it. These codices had differences that motivated the Caliph Uthman to establish a standard version now known as Uthman's codex, which is generally considered the archetype of the Quran known today. There are, however, variant readings, with mostly minor differences in meaning.
The Quran assumes familiarity with major narratives recounted in the Biblical scriptures. It summarizes some, dwells at length on others and, in some cases, presents alternative accounts and interpretations of events. The Quran describes itself as a book of guidance. It sometimes offers detailed accounts of specific historical events, and it often emphasizes the moral significance of an event over its narrative sequence. The Quran is used along with the hadith to interpret sharia law. During prayers, the Quran is recited only in Arabic.
Someone who has memorized the entire Quran is called a hafiz. Some Muslims read Quranic ayah (verse) with elocution, which is often called tajwid. During the month of Ramadan, Muslims typically complete the recitation of the whole Quran during tarawih prayers. In order to extrapolate the meaning of a particular Quranic verse, most Muslims rely on the tafsir.