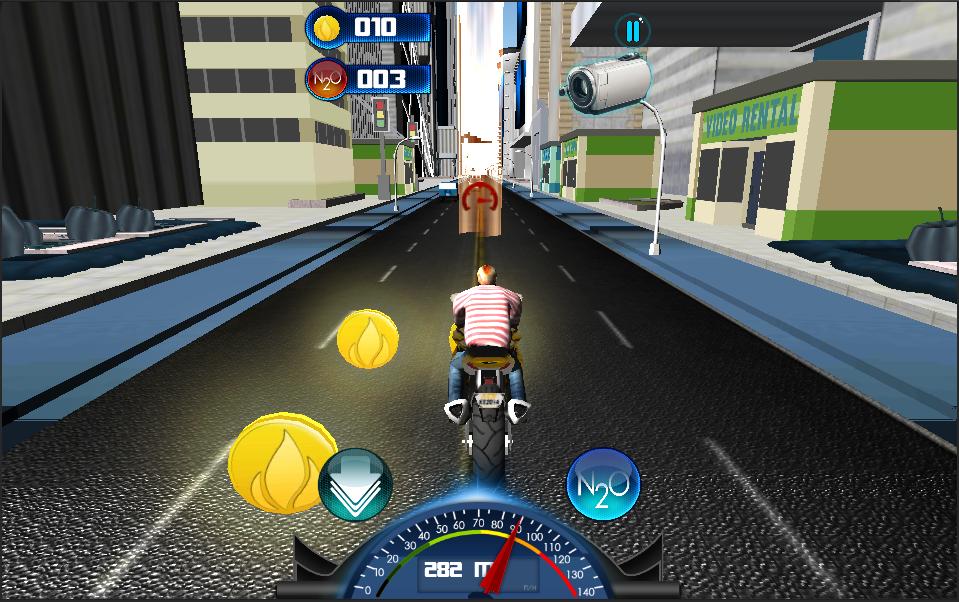 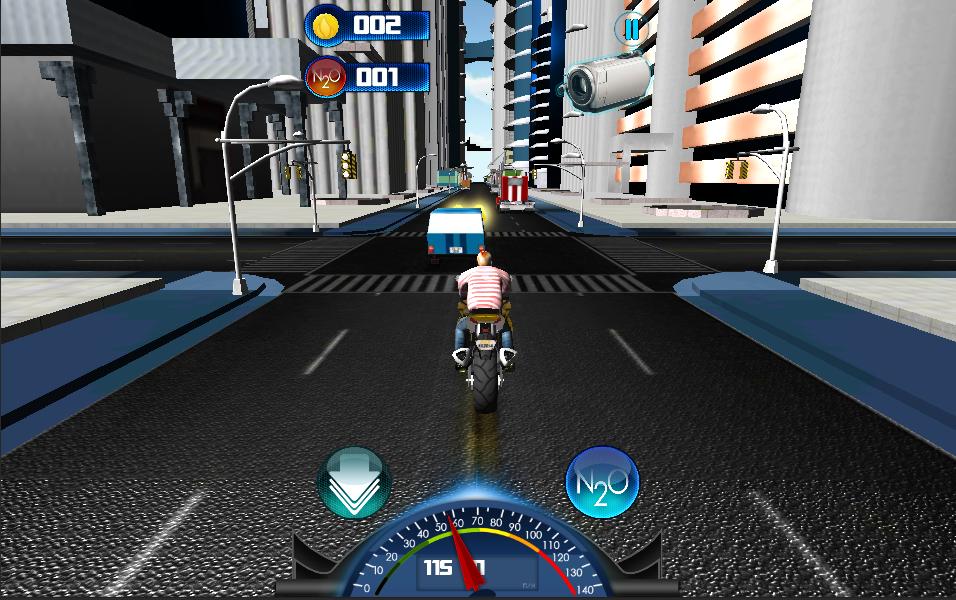 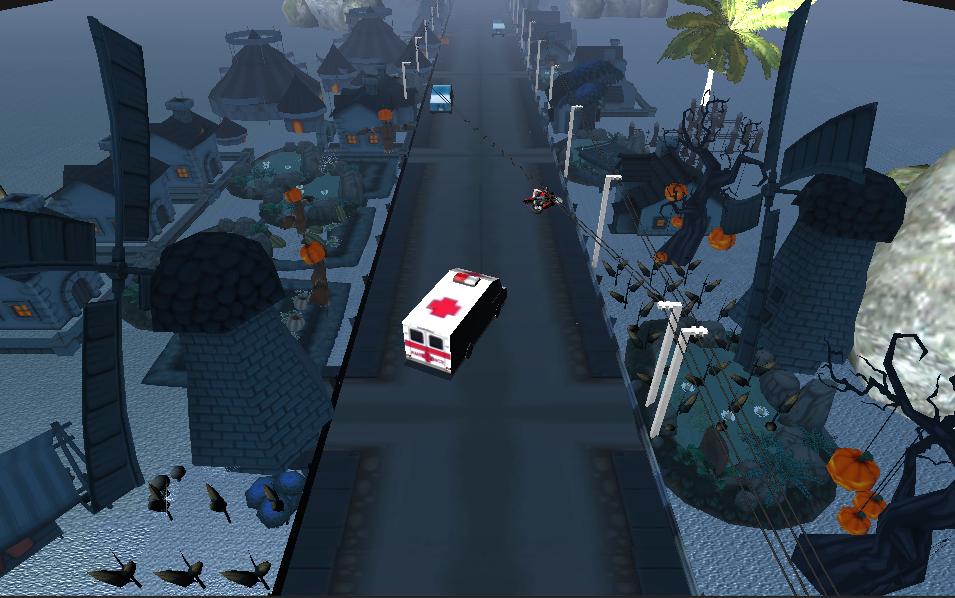 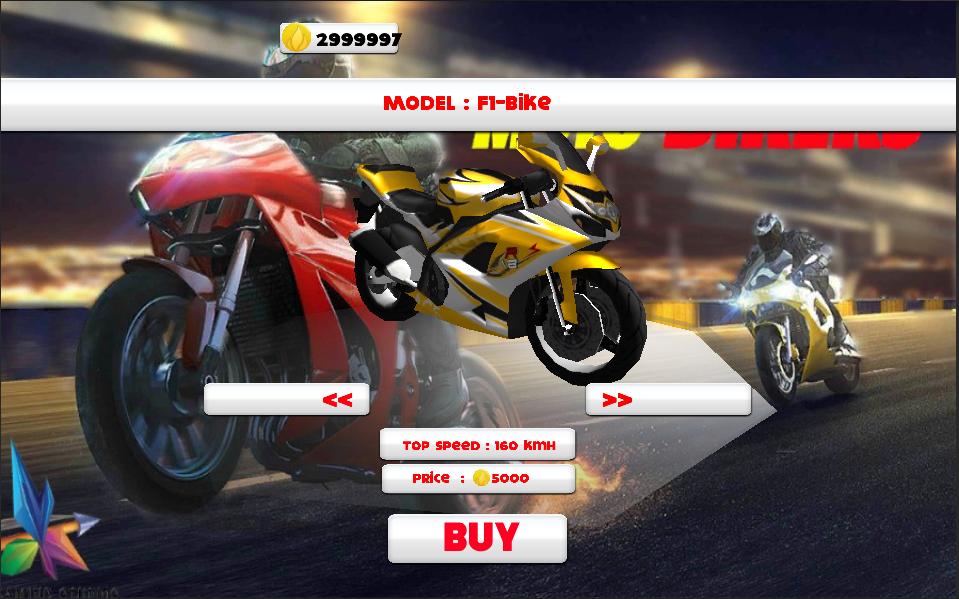 MotoGP Bike Racing Championship
Are you ready to take racing experience with a flying MotoGP Bike Racing Championship with thrilling motor bike stunts and shooting and hunting skills to kill the enemies cars and bikes racing in the luxury environment or highways parking tracks. In the bike feel like you are a kraken and you have to release the kraken to win the championship of the world. Futuristic motogp stunt racing is made for all Fans of
motogp games, moto racing and car racing , simulation games and airplane flight games.
Ride your motorcycles through asphalt roads and crash all the enemies bikes. In this flying
racing accelerate your bike do stunts and drifts with every new motoGP bike. Moto adventurers is car shooting game also you will enjoy free ride mode with MotoGP Bike Racing Championship.
Start your engines and Ready get set for the brand new epic in MotoGP simulation. If you like flying car games, bike games then this game is perfect for you to become super motogp pilot. The thrilling of driving motorbike on road and meanwhile fly in a sky and perform amazing stunts with groundbreaking motorbikes models and breath-taking 3D graphics that will also please Flying car stunts simulation and you can win different prizes
like tissot Watches, Nolan Helmets and trophies. Drive motogp like fast and furious racing to become the real rider.
You have to given 3 different mission to complete and this game has very much better graphics. First of all you should try the free mode to learn to drive motogp bikes. Clear all levels with your extreme flight on motogp riding. Try highway stunts to become the motogp riding expert and shooting champion in all stars. Fly bike like airplane pilot in this super bike shooting game. Best of luck motogp Pilots.
Timing is everything here and place your hand on the throttle in time. Are you a fan of World championship then you should customize your bike and try podium and upgrade from
rookie.
Enter the Fan World championship(FWC) and the grande prizes are huge like tissot Watches, trophies and nolan Helmets.
You can choose from different bike varity like BMW or Yamaha ,
super bikers , rossi honda , dorna , sykes , kawasaki ,
contender , aprilia and wsbk. you can have all of these bikes and start your racing career as a new contender. The bike tyres will produce screech of tires skidding on the road.
so are you ready for the adrenaline fueled racing to become the best there is? Other bike will be there to attack you but you have to avoid there attacks in order to become the fast paced racing star. You can attack from you bike or from the hunting guns which will be available after the clearing of all the boss levels. In order to win the game you have to avoid crashes
in this crush Simulator.
This can be played easily with the offiline games for tablets and Mobile devices or Androids. wipeouts all of your enemies and win the race in highway and become the highway rider. This is a extreme game and for you to play this game you have to be very focus and clear minded to win the battle.
If your bike crash in highway then you will lose some valuable point from which it will be hard to recover. Bike racing game is very Xtreme (Extreme) game and you will always end up crashing in this endless game.
highway getaway is on and you are a police officer biker to catch all the criminals escaping and don't let anyone getaway or you a in a big trouble. The power of super bike and motocross can't be calculated so you need to be in control at all time.
FEATURES of motoGp bike racing championship 2017
- 4 different camera views
High octane two-wheeler racing action
-5 motorbikes to choose from
- Real motor sounds recorded from real bikes