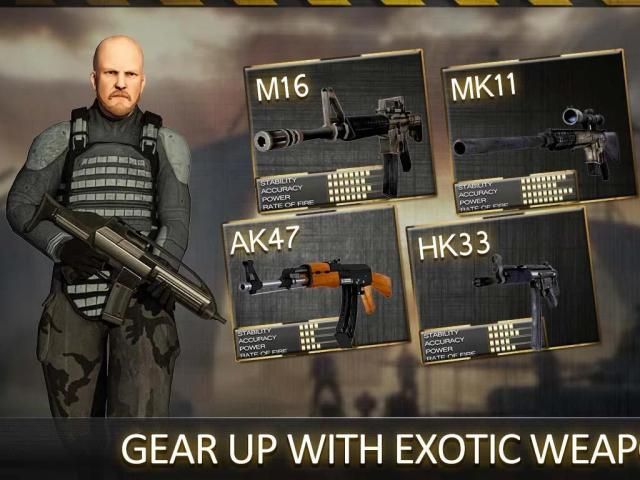 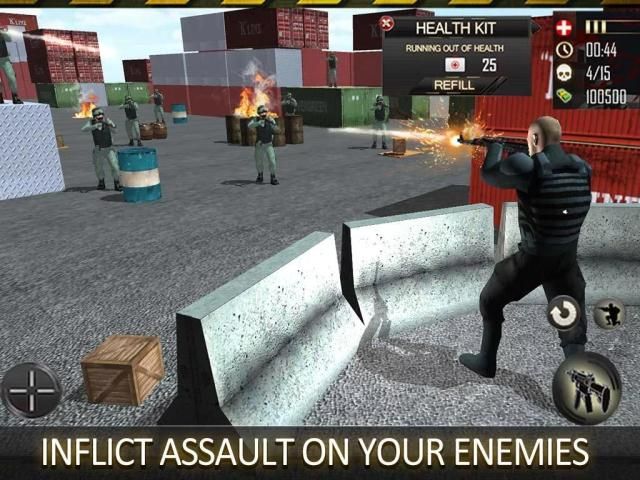 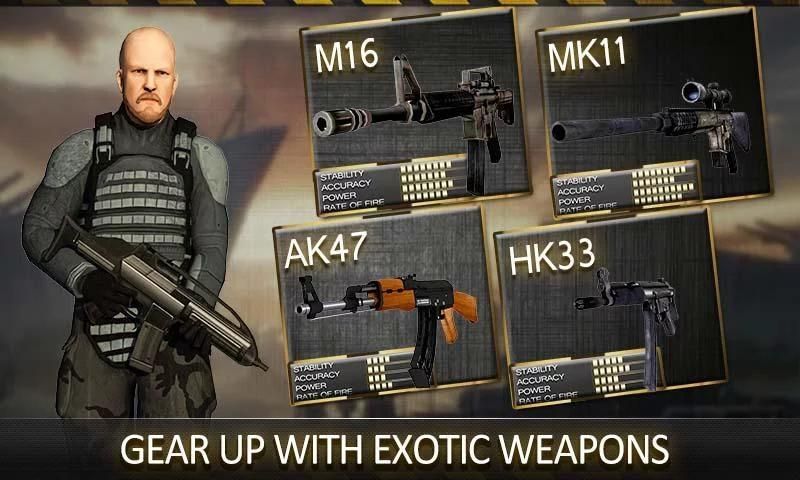 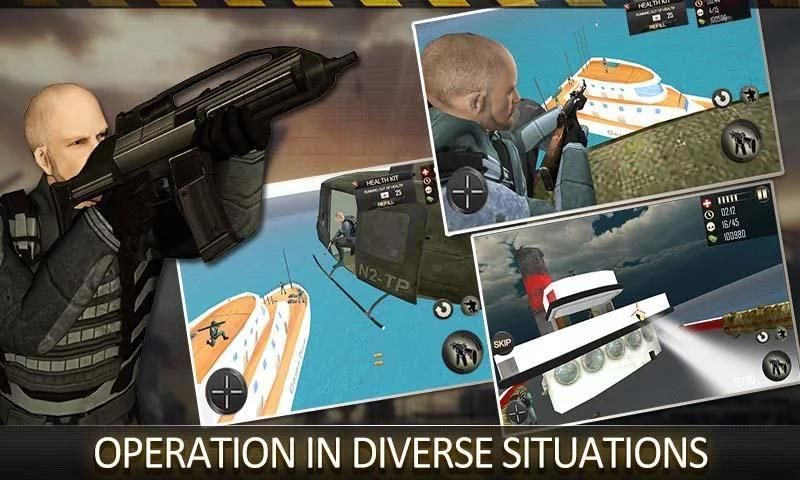 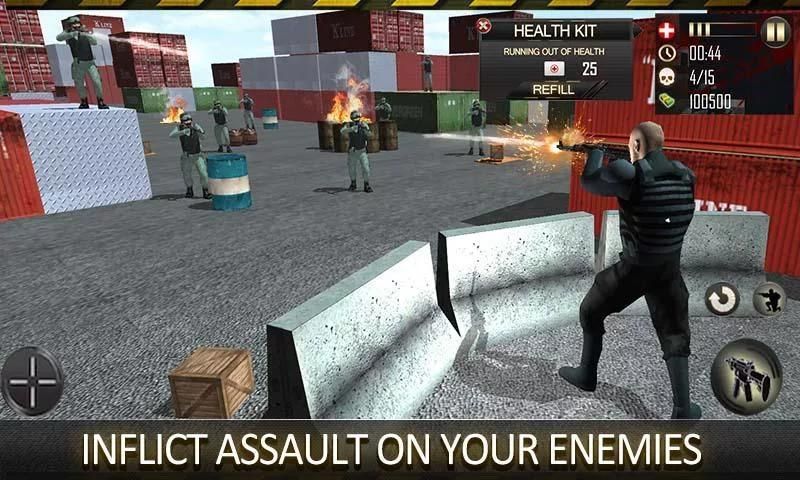 It has to be noticed that 30,000+ users downloaded Army Commando – 3D Shooting latest version on 9Apps for free every week! One thing you need to know that this app is unique. This hot app was released on 2016-09-27. You can enjoy the most completed function of this app.
An ex-army commando is on a mission to defend against the terrorist attack on navy ships containing exotic armory. Act as the lone army commando hired on a contract to target & kill terrorists. Infiltrate the threat areas in the cargo ships using different army guns to defeat your enemy. The 3D FPS shooting includes thrilling missions in diverse situations against the terrorist force. Your companion AK-47 will help you dead shot every single enemy. Prove yourself as the brave army commando and challenge enemy with special guns like MK-11, M-16 and HK-33. Apply force and use your army commando skills to improve the shooting experience in the assault shooting. Be an assassin, inflict lethal strikes and use your army commando shooting experience to encounter immense shooting to survive the battle on the ships.
You are a lone army commando in this suicide killer shooting assault. This is a do or die situation for. Use your special commando shooting skills to combat the armed men & eliminate the resistance with force. Battle against the terrorist and kill them all. Terrorist have targeted four cargo ships. They are in a contract to take down the US military supplies and armory containers, sent to aid the army in the war invaded city. Trigger your fury, gear up with real exotic weapons and use them against the terrorist squad. Be the ultimate combat shooter to take out the unwanted men and end as the survivor.
Complete all your tasks…. Over and Out!!!!
Mission 1: (CS Empress)
Reports claim that a group of terrorists has just raged attack on one of the outbound cargo ships, trying to take control of the remaining vessels. Your job is to get on the ship and take out all terrorists.
Mission 2: (Cargo Infinitum)
A threatened terrorist from the first ship has leaked that another group has killed the militants on an armory ship and taken all secrets weaponry. Being the covert officer eliminate the enemy and gain control of the weaponry.
Mission 3: (Marry Carrier Siege)
Headquarter intelligence revealed that the terrorists have retaliated against the covert op by attacking the second armory ship, which contains all the secret blueprint models for the US nuclear technology. Eliminate the threat and secure the premises with the blueprints.
Mission 4: (BS Manhattan)
The enemy resistance is almost taken down but still many of them remain along with their Commander. They have rushed over to the last delivery ship. You cannot stay on the ship anymore so you are carried by a HELI. Your final mission is to finish what they started and take down the remaining resistance shooting from your helicopter.
★★★
Privacy Policy
★★★
We respect and take care of your and your kid’s privacy. You can read our privacy policy here:
http://thegamestormstudios.com/privacy.html
★★★
Follow us on Facebook
★★★
http://www.facebook.com/TheGameStormStudios