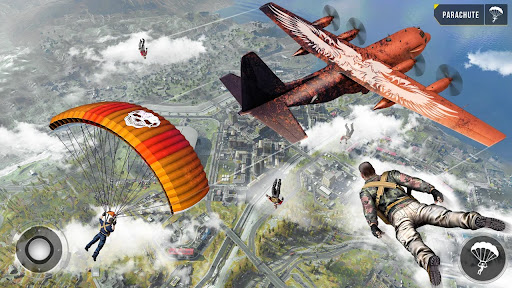 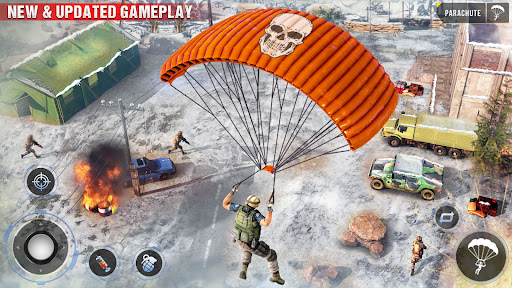 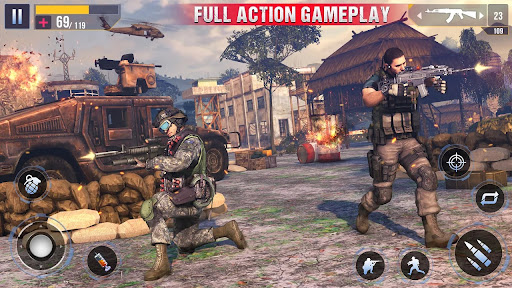 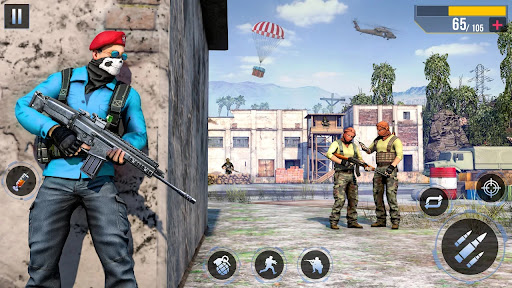 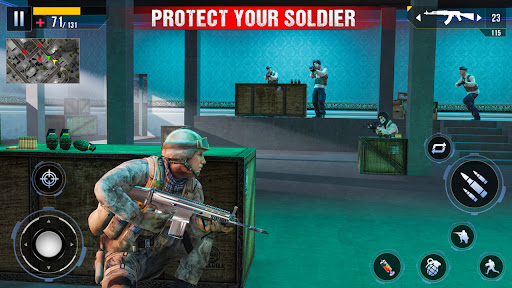 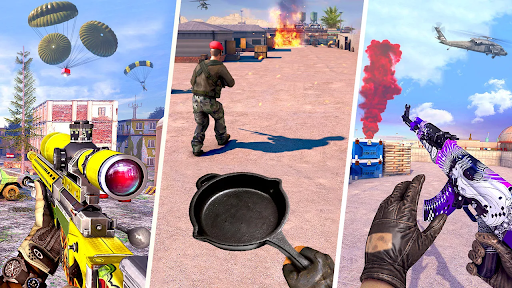 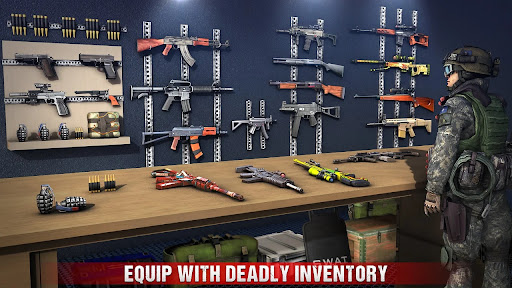 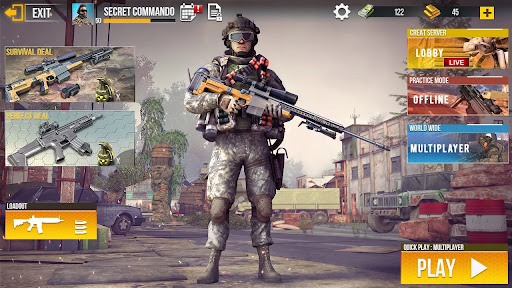 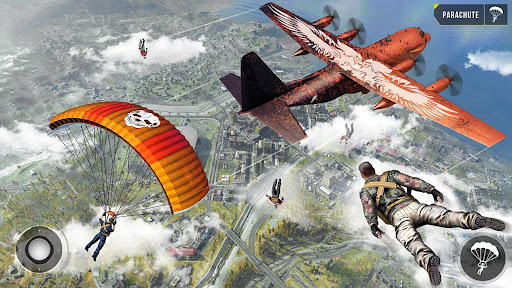 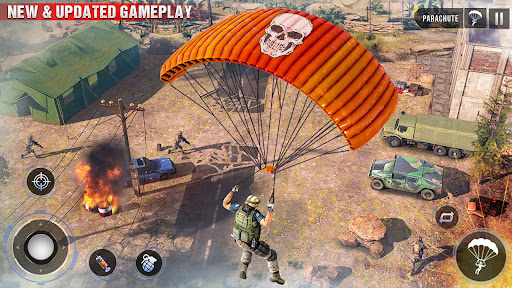 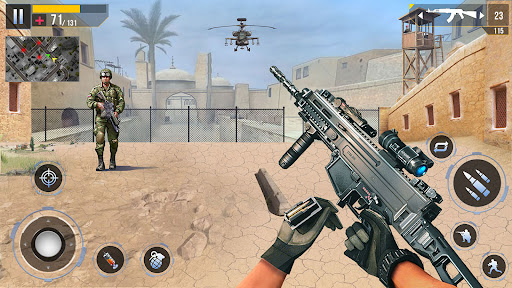 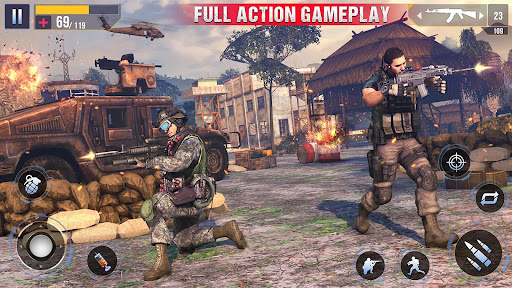 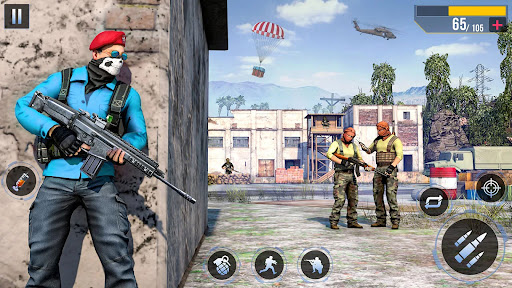 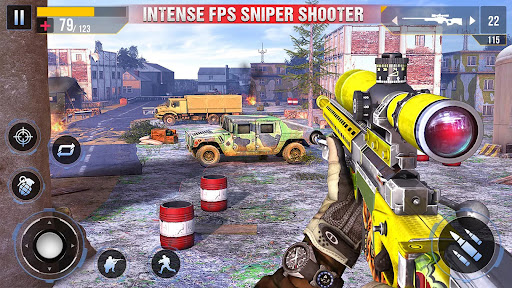 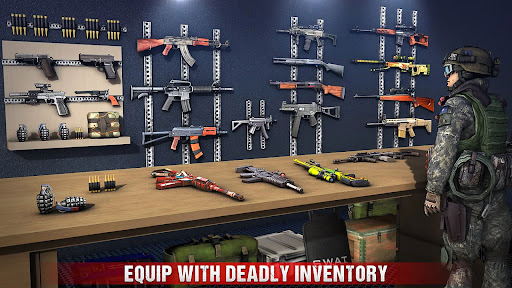 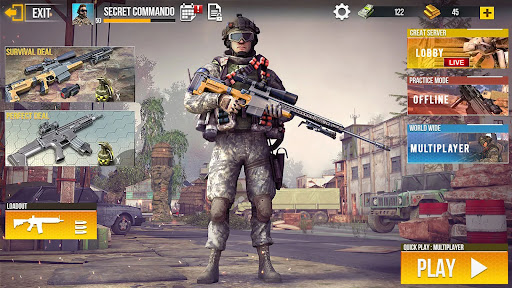 Real Commando Secret Mission - Free Offline Shooting Game 2021
Gamexis Inc. proudly presents a new fps army game recommended for you. This has intense graphics and catchy storyline are going to make your free time more thrilling in this free shooting game. The gaming experience will take you to a whole new shooting level of fun in this offline fps shooting game 2020. This 3d gun shooting games offline let you play the role of a secret commando of offline game 2020. This new gun games let you serve your country and kill the enemy in this army game among one of the best online shooting games. You need to be a very brave and skillful soldier in this offline sniper game. New gun games offer you dozens of strategic missions in this world's best shooting offline games for free.
Free Shooting Games Modes
- Multiplayer games Mode in commando game
- Enjoy Team Deathmatch
- Play Free For All modes of this shooter game
- Assault Mission in shooting games for non-stop action game
- Sniper Mission of Gun games
Sniper Mission of Shooter Games – New Games
Welcome to the best of action-packed games, where you are going to play unlimited sniper and fps offline shooting games missions. If you love to play commando gun shooting games offline in the action games category, then ready, aim, fire & have the fun of firing game. You’ll find your favorite action game 2020 here. In this new gun games, you have to complete all missions to become the number one commando in this world's best action game by adventure shooting games. The gun games 3d offers you to play this sniper offline game without an internet connection and enjoy the offline new game 2020 for free.
Team Deathmatch in Gun Shooting Games – Recommended For You
Enjoy one of the best offline games with unlimited fun. In this fps shooting game explore the best offline shooting game levels for real shooting fun. Gun games offline are among one of the best offline shooting games to play with friends and random people. In gun games offline, you can also change the gun by tapping the gun icon. Discover recommended games, offer this new shooting game that is very entertaining among players of every age.
Browse Our Most Popular Games – Free For All Gun Shooter Game
You’ll find it your favorite offline action game if you like gun games. We offer one of the top 3d gun shooting games that will entertain you with the best game experience and insane graphics, you can kill your enemy in this free fps commando shooting game. However, it is recommended for you to use all guns in all missions of this fps shooting game. This gun shooter game offers you a pistol as a sidearm in every task of this sniper shooting game.
Assault Mission of Offline Realistic Games
You will earn money after completing each operation in this offline commando game. This free offline gun shooter games allow you to get new weapons including sniper & assault guns in this sniper offline game and also can play as assault mission online games. Moreover, you have assault guns for free in this commando shooter game. You need to make a strategy to play this fps one-man action games play the offline game now. The mission games have an enemy force that you are going to deal with is highly trained in this shooting game.
Sniper Mission of Offline Games – Fps Shooter Games
Try handy controls of this fps army game. The fauji game is also known as banduk wala game. It’s hard to control the movement of the player in this best shooting game with a joystick. Use crouch, stand & stance buttons in this world action games to play & enjoy. Furthermore, your health bar and remaining bullets are also highlighted like in new games. Play non-stop action shooter with auto shoot guns in this 3d gun shooting games online. If you like being the best shooter earn your fame in recommended for you free fps commando sniper shooting game. Enjoy this action-adventure game and sniper shooting game 2020.