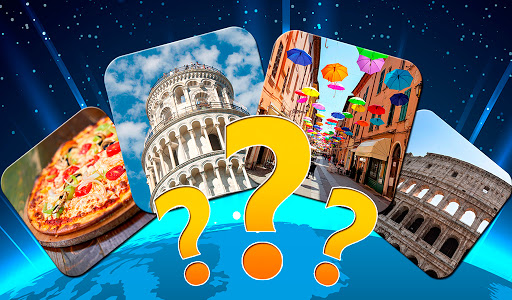 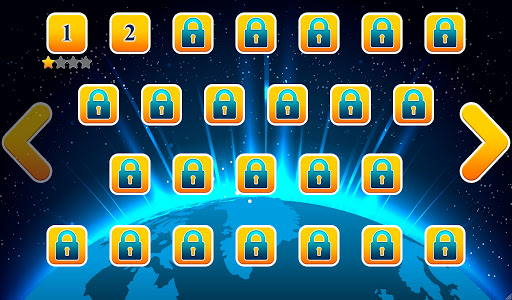 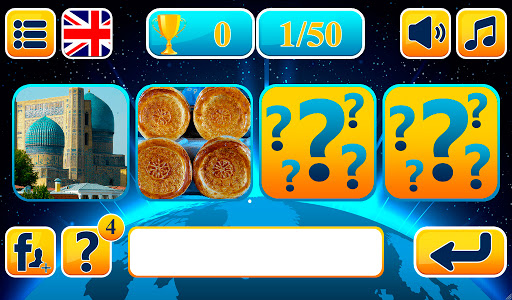 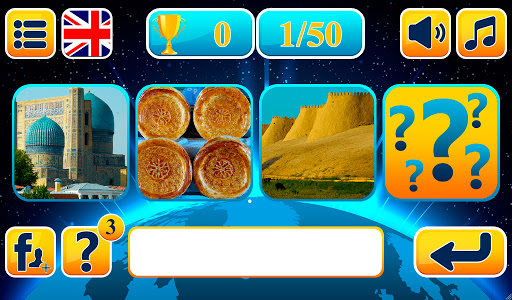 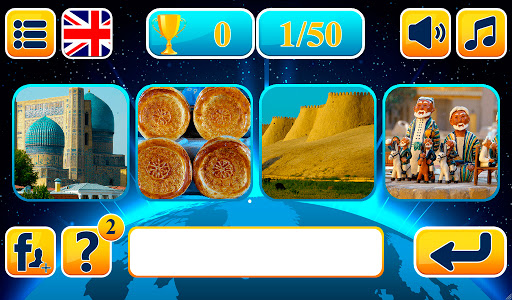 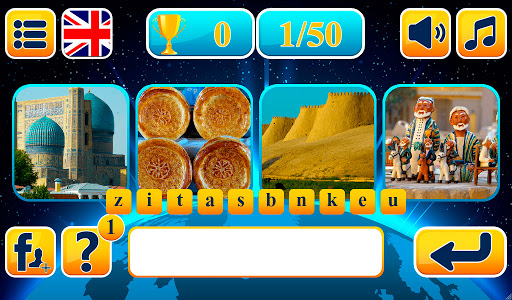 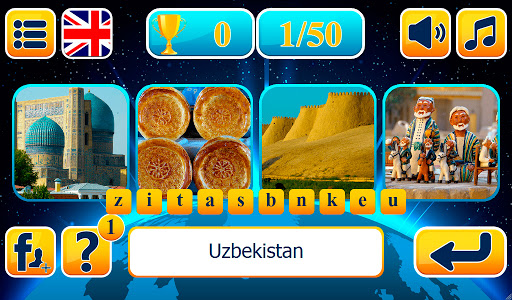 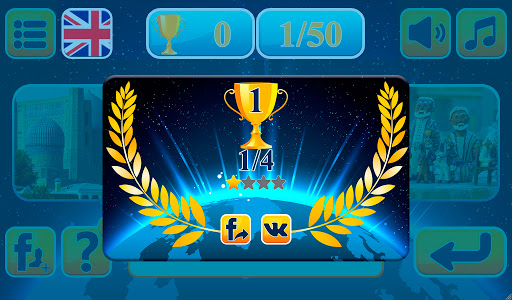 Description of Guess the Country

We suggest to go to fascinating travel on different corners of our planet! She such beautiful is also full of bright places which in real life not everyone manages to visit.
The essence of the game "Guess the Country" is in that according to two images to understand to what country they belong. If two images appeared insufficiently to guess the ciphered country, then it is possible to use the hint which will open one more picture, the second hint will open - the fourth picture, and the trety and fourth hint will open letters of which the word the answer consists.
In game you will receive an award in the form of points for the correct answers. For the guessed country according to two images - 4 points, on three - 3 points, on four - 2 points. By each pressing the hint you lose one point.
In game you will be able to see images which describe 50 countries which are in different parts of the world. At these countries different culture, religion, architecture and geographical characteristics, but all of them are on the planet Earth.
Game Guess the country will please all fans of travel, and those it is interesting to whom to learn and see something new.

In this update, we have improved the stability of the application and fixed bugs.