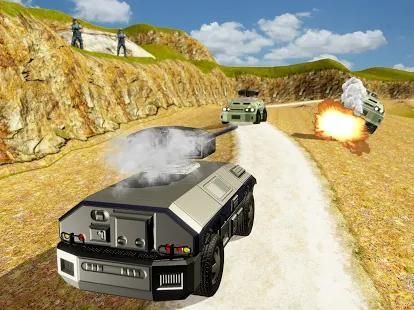 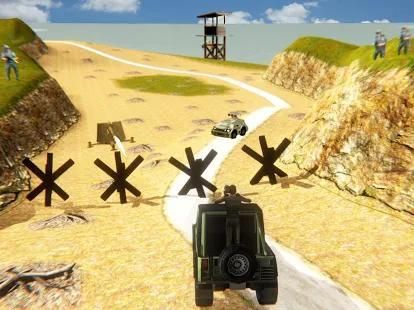 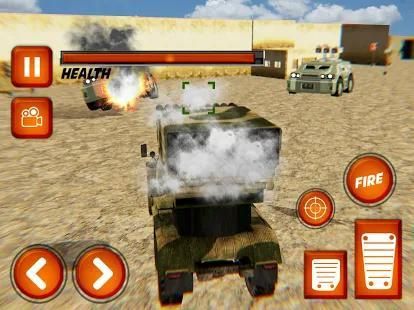 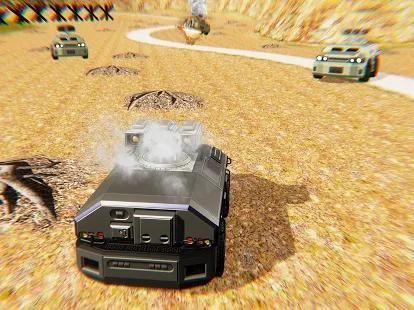 Russian army training troops & their military soldier engaging war on your home land. They have established their army camps in dessert forest. Army commando are invading their power on the front-line border Law Enforcement Vehicles . Front-line commando should be ready to counter enemy attack at any time. Enemy army invasion can happen at any time. As best 1 man Indian army commando you are given task to break Russian army power. They gathered army soldiers along with tanks and ammunition and sudden attack your territory in shooting game Law Enforcement Vehicles.
They started an endless war with helicopter fighter jet bombing on cities. Your enemy also have Apache gunship helicopter. Armor vehicles and tank can also reach in camp when needed.
Take timely decision and immediate penetrate in enemy camps and kill every single soldier of your enemy before they play game of blood and fire in territory of your county. You have to fight the long battle for the sovereignty and dignity of your country. It’s time to start the war with army soldier and make the land of enemy a great battlefield fight. Many soldier are equipped with sniper gun. Sniper shooter can kill you as you caught in sight. Destroy all vehicles of Russian army soldier and shoot every single enemy army commando adventures. This combat will save Indian country from deadly nukes. You are a brave soldier missile truck driver of Indian Army. Drive real straddling Agni missile launcher truck simulator. Nag missile launcher truck is a new of army vehicle driving. Feel the thrill of real speed drive truck game on mountain hills. Protect your country hill stations.
This is not only a sniper shooting game but a complete series of commando mission game. You have to fight a long battle. This is a war of courage and glory. Use your ammunition wisely in battlefield fight. Don’t waste bullets and hand generates. These terrorist are very aggressive and savage. Thy have occupied large area of Indian country and ruling on many clans. Destroy enemy army camps and huts with ballistic Agni missile. You can also use RPG 7 (rocket propelled grenade) bazooka to destroy tanks. Rockets launcher have many kinds they are use as anti-aircraft and anti-tank. Bombardment and shelling is necessary to completely destroy enemy camp. Keep yourself secure to during cross fire with light machine guns and heavy machine guns opens fire. Never lose your courage during gunfire and heavy bombing. Prove your skills as 1 man Indian army, drive vehicles to enter into camp with cover fire. Load ammunition in your gun check your belongings like pistol grenade and rifle gun and get embark to your mission. Prove your driving skills as brave Indian army soldier to win this brutal battlefield.
Indian Army Missile Truck Features:
Real Indian military base camp surroundings.
Truck driving through uphill and off-roads.
Variety of Sniping gun, Ak47, Agni missile & nag missile
Unique helicopter shooting game.