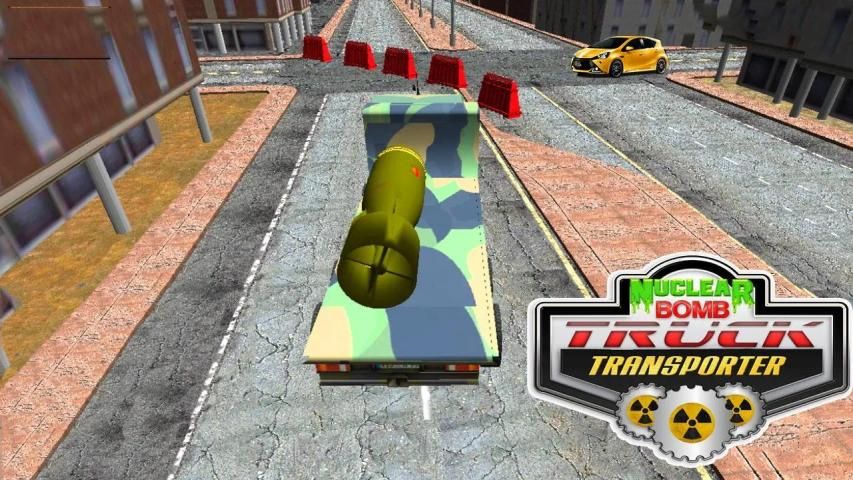 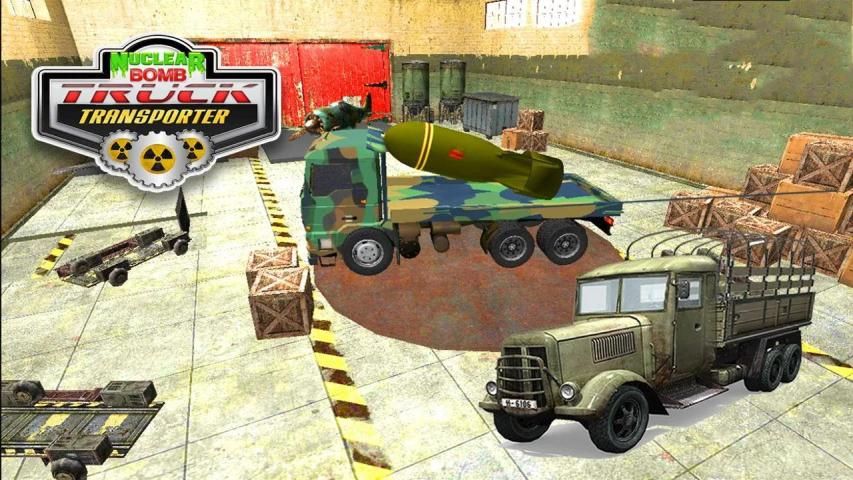 Welcome to the official store for application World. 20,000+ users downloaded Nuclear Bomb Truck Transporter latest version on 9Apps for free every week! And now, this app adds more functions. This hot app was released on 2018-02-22. Remember it’s the app with great joy!
Download Nuclear Bomb Truck Transporter and play our new "FREE" game on Android based devices.This is very new series of 3D Bomb Transport simulations. You act as a bomb transporter to save atomic bomb and avoid to go in terrorist hand.Nuclear weapons/Ammo and truck parking area on trucks in city to storage this assets.
Complete all the task by all the bombs transportation and go on the destination without decay or damage. Drag your monster truck transport on right area in specific time zone. You should be fast! Check the check of mines laid on the ground. Just swipe your finger to drag the load on the truck and rotate steering to turn right and wrong.Be a hero, be a brave frontier truck driver of army! Task are thrilling, adventure and easy, Find safe place for trucks otherwise it will lead to a great loss. Enjoy Off Loaders bomb truck, heavy trucks and transport riders and job-specific legends 4x4! Weapons/Nuclear are loaded with heavy armors weapons and grenades.A bus driver bus subway shooting game is include here with the police immersive and fun.You have to played a type of jeep run bomb to tilt truck transporter now with moving device functionality.
Its Surgical Strike time, & Modern War has Begun. Take part in Proxy War as an Army Rescue truck Driver as Enemy has Started Surgical Strike. Avoid accidents as Surgical Strike & Modern War are being fought, & avoid accidents with enemy CARS, Offroad JEEPS or TRUCKS while driving. Begin a real OFFROAD ARMY Base Desert Army TRUCK Drive & Start the Army Ambulance Truck Service and turn on a real crazy Offroad Desert Mountain Army Base Army Ambulance Truck Driving & racing fever mode and smash the Offroad Army Trucks, Army Oil Trucks, Army Jeeps, Cars & Bikes traffic with your Army Ambulance Rescue Truck Driving & racing skills of dodge and drag.Drive throughout mountain and water fall has never been easy ever. Being a pro military driver you have to put your driving skills into a shoe of skilled driver and prepare yourself for a dangerous ride with a variety of cars, trucks, trailers, army prado and other army vehicles to drive. So drive more and more and unlock your desire 4x4 truck to transport army soldiers from base camp to army check post. Army check post truck gives you a real feel of an off road drive and help you to simulate your off road driving experience. So drive an army check post and get ready for a real simulation of an off road drive.You have a missile launcher, launch this missile launcher to save people…!!! Enemies won’t be able to defend your missiles. You have amilitary scud launcher and you know how arma ops work in battlefield. Be aware of enemy ammunition and use military tactics now. Be an Army trucker 3d and drive the missile army truck launcher with extreme care, avoid crashes. Aim your rocket launchers towards secret enemy location to destroy enemy base.
Features: -
* Amazing/Beautiful 3D graphics and background music and sound SFX.
* Loaded your trucks and heavy transport.
* Adventure ,Action and destructive Simulation game and environment.
* Share on social media like Facebook ,Google , Tweeter,Whatsapp etc.
* Unlock new levels achievements in the rankings and challenge your friends.
* This is a free for all , action,simulation game.
How to play: -
* Load Bomb Truck.
* Tap on the right side of the phone / tablet race / brake to move forward.
* On left side, move steering to change direction of loaded truck.
* Move the gear to forward or backward.
* Apply the brake with brake button.
* This game is suitable for all those who want to dispose of all nuclear weapons in the world and park them on safe place to save world and humanity
Contact US :
Give us reviews, advises and suggestions.Please feel free to contact us at brilliancehuk786@gmail.com