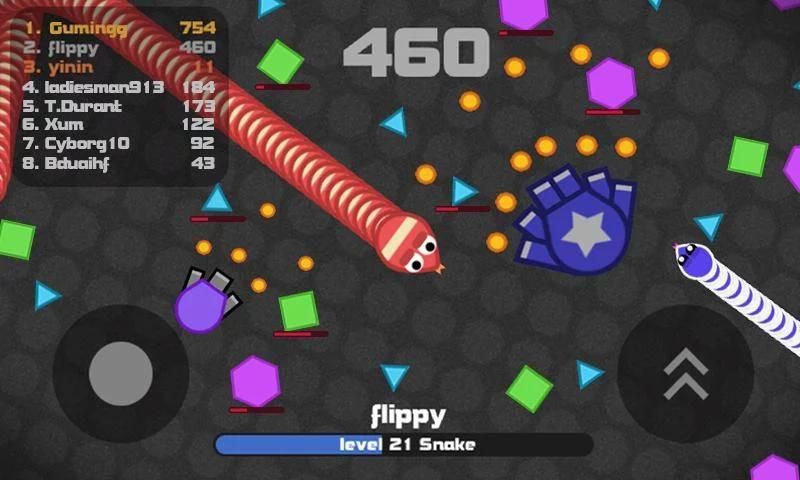 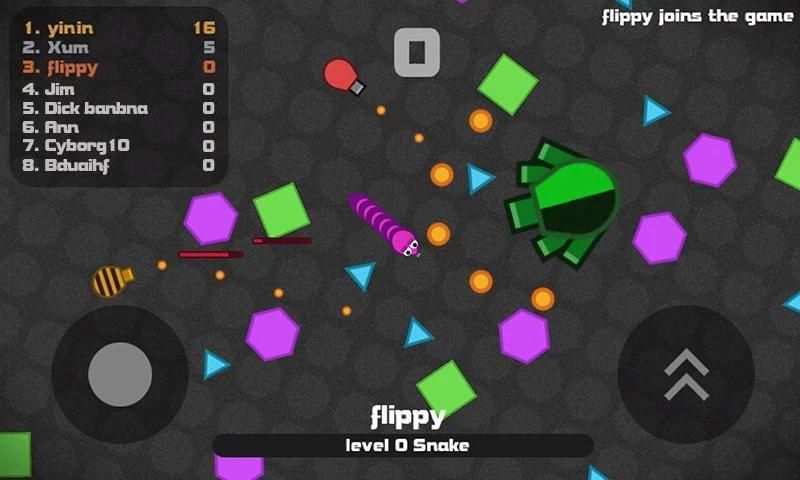 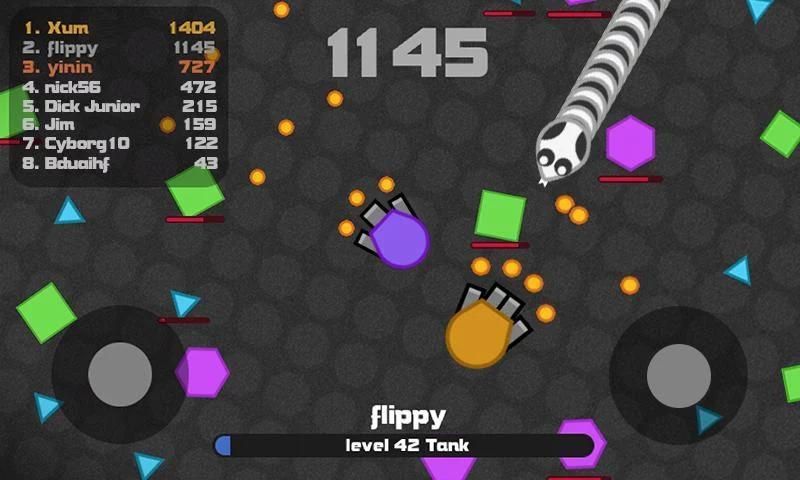 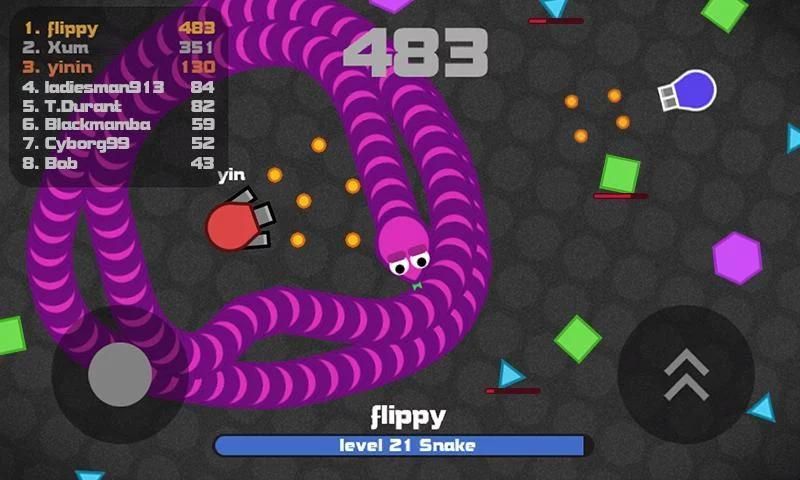 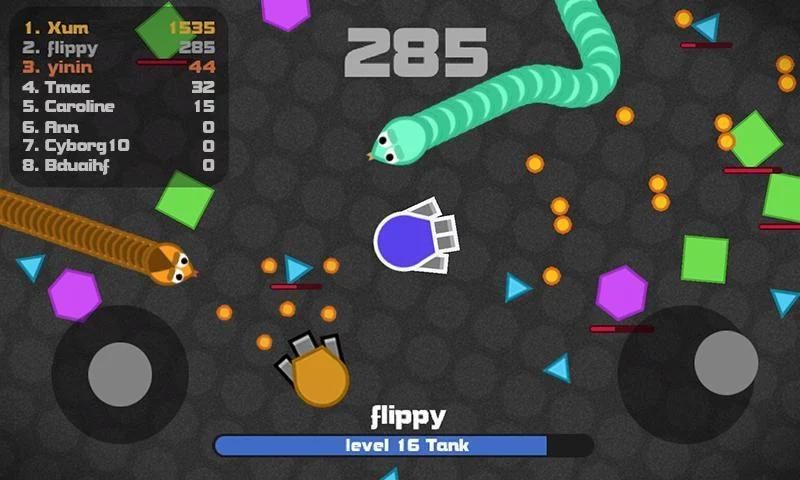 Description of Snakes vs. Tanks

Have you ever read one of those reviews about a app? 30,000+ users downloaded Snakes vs. Tanks latest version on 9Apps for free every week! With unexpected, recently it has become very popular in India. This hot app was released on 2016-08-11. You can free download it from 9Apps.
You will be randomly spawned as a weak snake or a tiny tank. Control your body carefully to eat random blocks, crash or shoot down other players to dominate the game. What is the longest possible length a snake can be? What is the largest possible size a tank can be? Are you ready? Let’s go!
Game Rules:
- As a snake, if your head touches another snake, you will die and fall into pieces. But you can destroy other tanks if your head touches them. And if other snakes/tanks run into your body, they will die and their remains are all yours.
- As a tank, you will become more powerful by shooting down others and random blocks. Beware of the snakes, only their heads are vulnerable.
Game Features:
- Online battle against real players around the world
- Defeat enemies and evolve your snake/tank
- Climb the leader board and dominate your opponents

v1.4: Added skins for snakes and tanks to make the game more fun. Thanks.