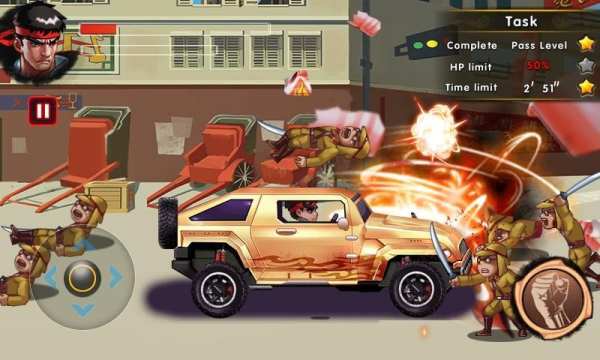 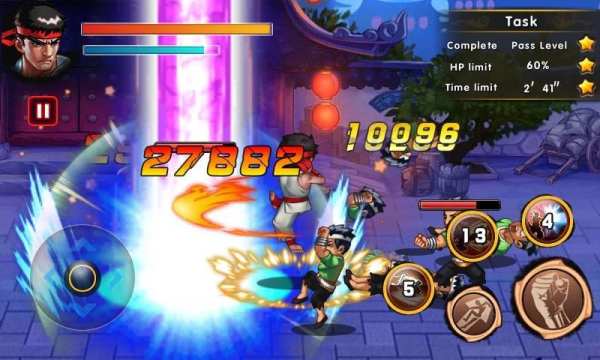 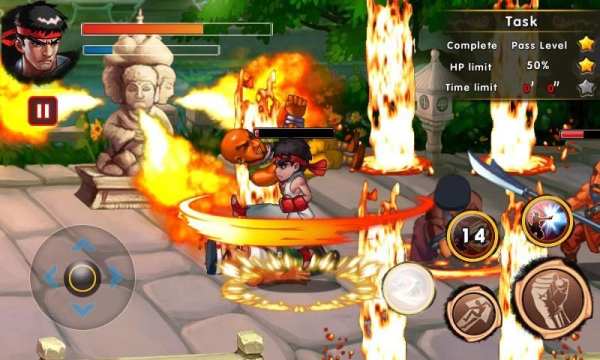 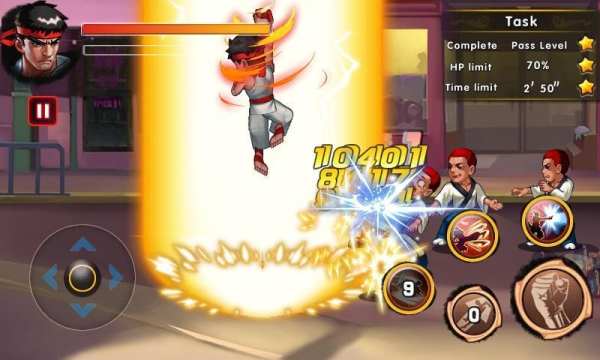 All high quality mobile apps are available for free download. 20,000+ users downloaded Street Combat 2 latest version on 9Apps for free every week! It truly does not offer any money. This hot app was released on 2017-12-24. It get a lot of recognition after release.
It’s not easy to be a winner in a brutal showdown. But now, are you ready to defeat and smash up all the enemies in front of you? Facing your opponents’ continuous lethal attacks, you should pick up your weapons to give these gangsters and villains a gory lesson. The most anticipated fighting action game “Street Combat 2: Fatal Fighting” can be downloaded for free now! Start your gory battles with devastating weapons and flashy skills!
“Street Combat 2: Fatal Fighting” is the sequel of "Street Combat: Kung Fu Fighting". We have added more adventurous game levels with new scenes and new game play which will make you enjoy this fantastic action game very much. You will find partners and various traps and even can use a car to attack your enemies. Just explore this world and you will find many more exciting game play.
You are Ryu, a man whose whole life is full of pathos and stories. You have been put into prison because of your father’s debt. And the usurers bullied your sister after the sentence, which caused her death. Now you must take up your weapon and use your fists to kill those gangsters! Start your revenge now!
Fantastic characters, stunning graphics, cool weapons, awesome gameplay, “Street Combat 2: Fatal Fighting” brings an unprecedented combat experience to you! Do your best—kick, smash up and strike your enemies with devastating power! Only the best fighter could beat down and smash up his enemies to become the final survivor! Endless combos, continuous lethal attacks and exciting battle will make you hard to stop playing this game. You must battle with a large number of enemies with lethal melee attacks. There will be only one survivor between you and your opponents!
Features:
● Stunning 2D graphics, realistic combat sound, adventurous levels and interesting storyline
● More than 60 exciting game levels
● Killing opponents with cool and flashy skills
● Unique upgrading system for your attacking power
● Devastating weapons and defensive gear can be used in your combat
● Simple side-scrolling interface, easy-to-learn and intuitive controls.
● Offline mode. No Wi-Fi, no problem.
● Completely free!
Facing different enemies with different fighting styles including Taekwondo, Muay Thai, Kung Fu, Boxing, you should defeat and smash up all these gangsters and villains! Upgrade your attacking power and defensive power or unlock new devastating weapons by the coins you have got from every battle. In“Street Combat 2: Fatal Fighting”you can also train yourself in exercise room. You can defeat and kill endless gangsters and villains to earn coins and other awards! Now, become the strongest fighter and slay all these gangsters and villains! With simple controls you can perform amazing stunts and blows to defeat your opponents lethally.
If you like Arcade or Action game, you can not miss the fantasy free-to-play fighting action game of free combat. “Street Combat 2: Fatal Fighting” can recall your childhood memories of arcade game. Arcade fans will have an blood pumping combat experience when facing endless gangsters and villains! Enjoy using your devastating power and skills to defeat and smash up all your opponents lethally!
【contact us】
Any problems encountered in the game, please feel free to contact us.
Customer Service E-mail: wjjcathy@gmail.com
Learn more: http://www.hsgame.com.cn
Official Facebook: https://www.facebook.com/HSGame-1614831638741727
Official Twitter: https://twitter.com/2663440918Hs