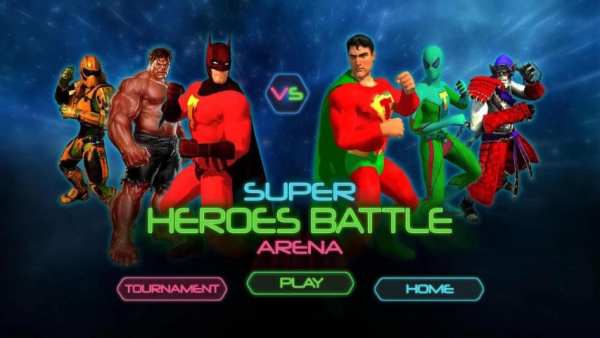 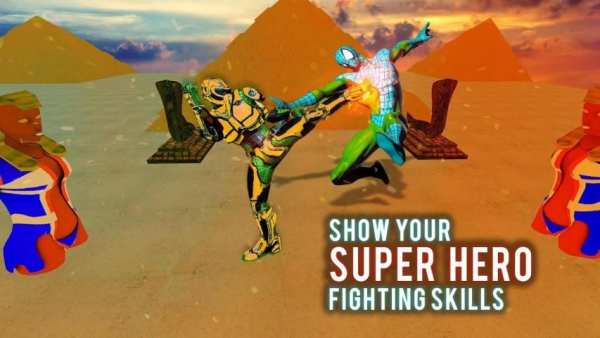 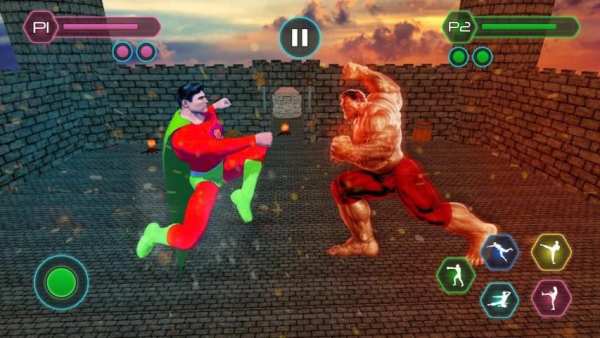 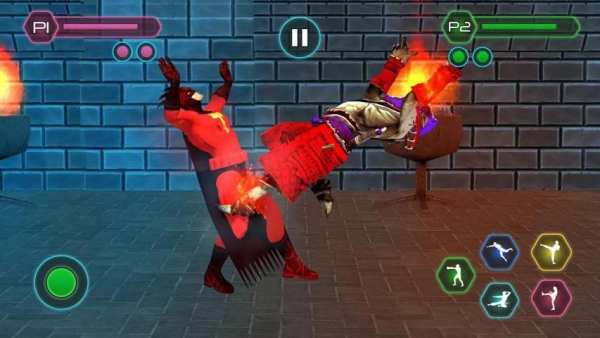 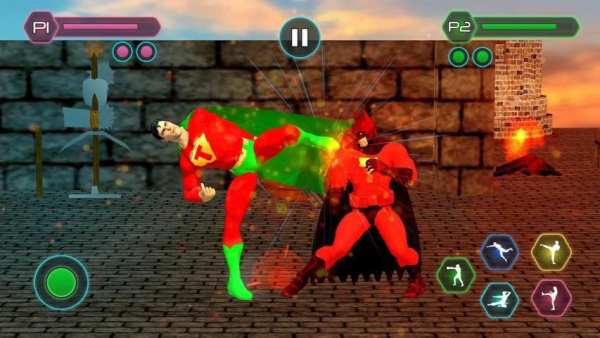 Recently, we found a very popular application. 30,000+ users downloaded Ultimate Superheroes Street Fighters 2017 latest version on 9Apps for free every week! It is an excellent app and the fact it is! This hot app was released on 2017-09-17. You’ll want to use it on your own phones after you know more.
Welcome to Ultimate Superhero Fighter Street Champions game. Get ready to fight in the street as a super hero fighter. This game is most thrilling and adventurous. Start your fighting and show your kick boxing skills and be like famous fighters like Bat hero legend, Spider Hero, real Super monster hero and hulky superhero come across to fight one to one in an area.this game has multi super heroes for fighting. this game is not easy or a fighting game. Where wrestling superstars fight with each other, but in this game you are going to witness kicking, blocking, punching and super kicks by superheroes. Are you ready for Action-packed gameplay with different combat style like Ninja fight, BJJ, Martial Arts, Kick box, Sambo, Muay Thai and many others dodging, rage, knockouts, technical knockouts? Enjoy this real city battle, Select different heroes for tournaments in this fighting game. best flying Monster Hero Fighter in real Fight Final City area. Keep in mind that you will have to defend yourself from rivals' attacks. Knockout your opponent with your grand power punch on the opponent face and fight like you did never before.
let's enjoy ultimate superhero ring fighting in this grand city fighting game. Now start your coaching fight against powerful karate rivals become the master of Kung Fu in the arena.and learn the latest fighting tricks.you must know about karate and kick punching tricks. Kungfu is a Chinese term referring to any study, learning or coaching that involves stamina, super energy, and time to complete, normally used in the Chinese martial arts.First, you need to start small boxing task in this game.A real superhero boxing fight not only gives you the pleasure of winning but also give you passion for how to take down enemies.your stamina is just good for boxing or wrestling.you are the strongest boxer of grand city and your aim fight for freedom.
Play this game and get the best experience of ring boxing and kick punching.kids also love this game and mostly boys and girls join the school of martial arts or Taekwondo.this is an addictive fighting game.you can finish bank robbery in your city and also defend the terrorist in the city. The main objective of this game to save the people of the crime city who have been living under fear of criminals and gangsters.
Now start this Ultimate Superhero Fighter Street Champions simulator game is amazing.after completing the initial task.You have multi players with high powers and you can challenge for tournaments. Don’t be afraid of opponents and mafia gangster and take down them to rescue the civilians from the territory. You must Knockout your opponent in very short time and get the best reward of boxing championship.There are many super heroes are ready to fight against mafia gangs. So challenge to street criminals and save innocent lives.Now it’s time to join the world wrestling championship, beat all your opponents and win the universal battleship, world best champions are on your way to playing world boxing tournament. Improve skills the real fighting club simulation game and enhance your super kick fighting skills. Upgrade you’re fighting expertise with real power full & strong kicks in free kick fighting 3d game.
Ultimate Superhero Fighter Street Champions
Top Features:
• Choose your superhero from the game to play.
• Amazing ring fighting Environment.
• Real fighting Physics of the game.
• Smooth and easy controls.
• Interesting sounds & music.
• Become the champion of the grand superheroes.