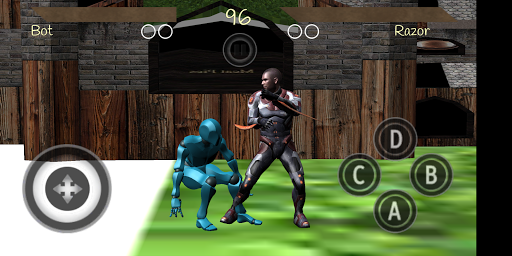 Description of League of Fighters

Dive into the world strongest kungfu warlord tigers to fight against Kungfu Karate Fighters gang in this action game. In Kungfu do Karate Game, Black Widow is a martial art champion that is pro fighter in Kung Fu fighting styles. She enters in this dragon city to take the revenge of her boyfriend Xiaoli. Black Widow came to know that! Xiaoli was kidnapped and murdered by criminal gangs who arranged freestyle ring fighting and win heavy bets on ninja karate fighters, Black Widow with her friends decided to face & take revenge from gangsters. Earn points for each winning against an opponent, who can be a Bruce Springsteen, tae kwon do master or a jujitsu warlord fighter. Fight against the powerful rivals and level up your karate fighting skills to get top-level ranking. Prove your skills as the powerful Karate Fighter against Kung Fu street fighters because they think they will debacle you & oscillate your emotions. This ultimate martial arts game is the most exciting arcade fighting action game. It's an adventurous arcade game to enjoy karate gameplay, fighting animations, special 3D effects, shivering & thrilling sounds and real fighting styles like Hadouken, militarist karate kick, bruce lee kicks etc.
The city fighters are ready for Karate professionals. The kung fu combatant, jujitsu fighters, street brawl, Rikishi, afro martial artist, kungfu karate kicker, adversary trators of the city, shiver bot, contender, aikido, quaver guy & wargogs are aggressors who are ready for affray, hard punch, clout & kick show.Their mission is to destroy the peace of the city of cotters & their back strength and engagement is not good for burghal, municipal & residential.Fight back & make their mission fail by drubbing them. Karate lovers will enjoy the rocky 3d game experience, zen karate & street kungfu fight. Winners deserve trophies. Maintain the ranking for Karate champion in this real Karate fighter game and try to be a legend. The quickness with a good strategy is the key to win the hand to hand fight. You will learn how to fight hand to hand, unarmed, with your punches and kicks & how to use your amazing skill by playing this game. Block the enemy kicks and punches is also an essential part of martial arts & karate fight. There are a lot of blockage techniques to defend yourself from the enemy attack in karate & kungfu. Keep an eye on every move of your enemy to defeat him. Use punches and kicks with accuracy and quickly. Take a timely decision, attack the enemy with punches and kicks and block enemy attack using accuracy and speed in your actions. Use enemy power against himself. In the sense of real combo fighting games. Fighting coherent action is strong, you are presented a visual and sensory double enjoyment. Continued passion and blood at the same time.
Karate Fighters: The Kungfu Warlord Tigers offers fans of fighting games an adrenaline-pumping world of Karate action. Shivering thunder sounds with polished animations and stunning 3d graphics bring the realistic experience of kungfu fight. Intuitive touchscreen controls make a jab, hook, and uppercut feel natural and fun. Go toe-to-toe against 20+ bone crushing fighters from Bangkok, Thailand, China, Japan, Singapore and rest of the world. Make use of special kungfu moves, unleash fierce punches and combos to beat all the shivering opponents and become the real king of Karate now. Play the toughest of real kick fighting games against world pro fighting champ ever. Are you expert enough to control a giant champion in this kick fighting match 2018.
Game Features:
• Cool terrains
• Entertaining Animations
• Multiple 3D graphics and characters
• New Enemies and extremely tough battles
• Cool Moves with different strike patterns
• Easy Controls
• Become a striver by winning karate matches & get rewarded points to unlock next tournament
• Background music & sound effects will boost your energy in karate ring
You are about to enter the fighting era, you have never been into.