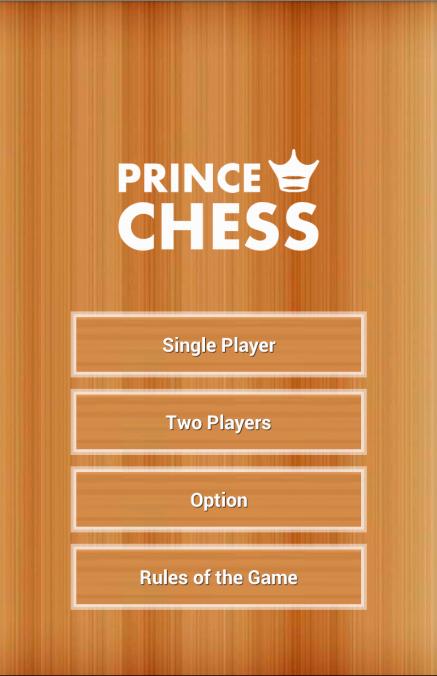 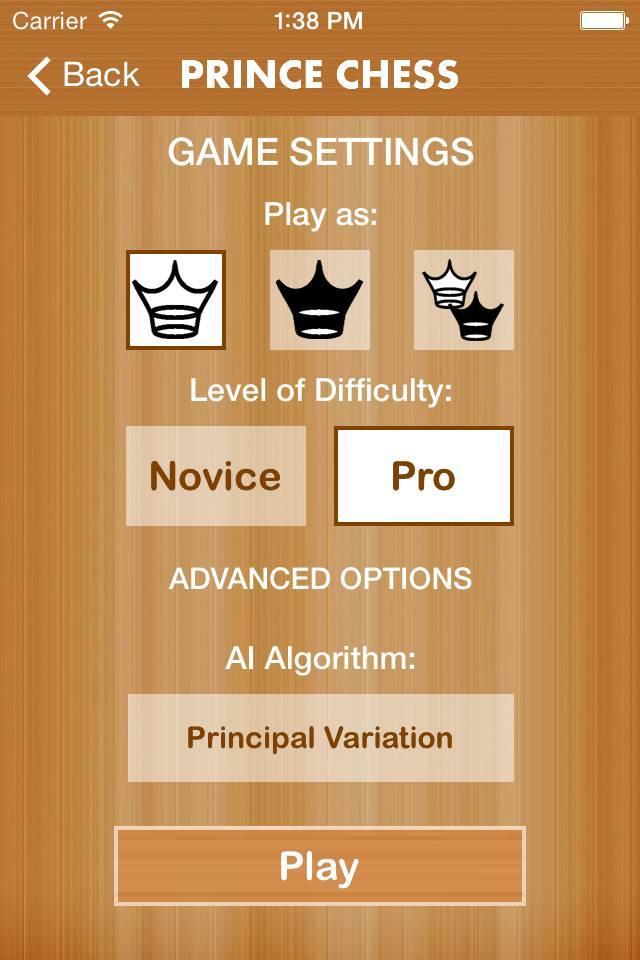 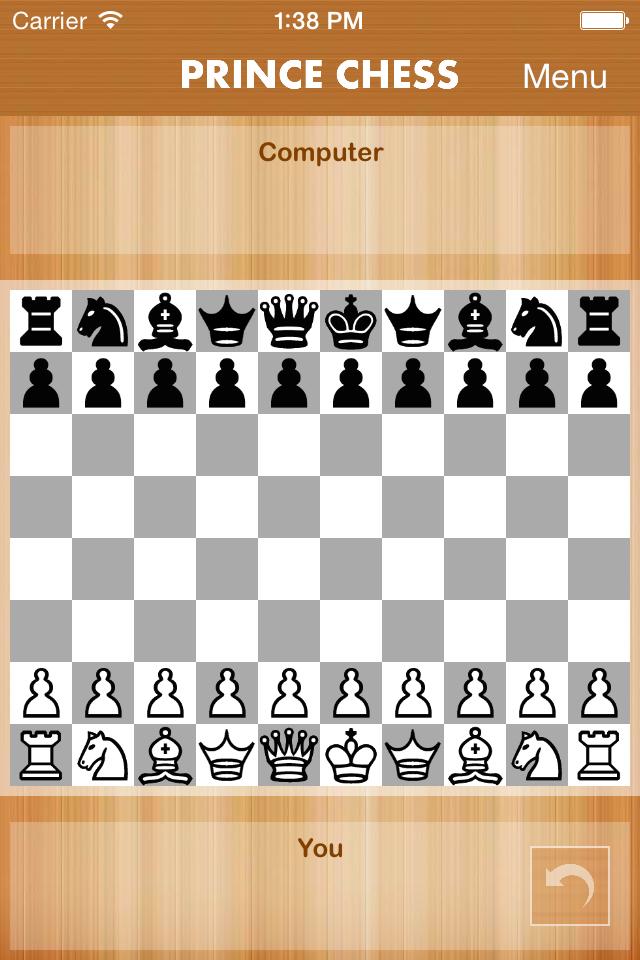 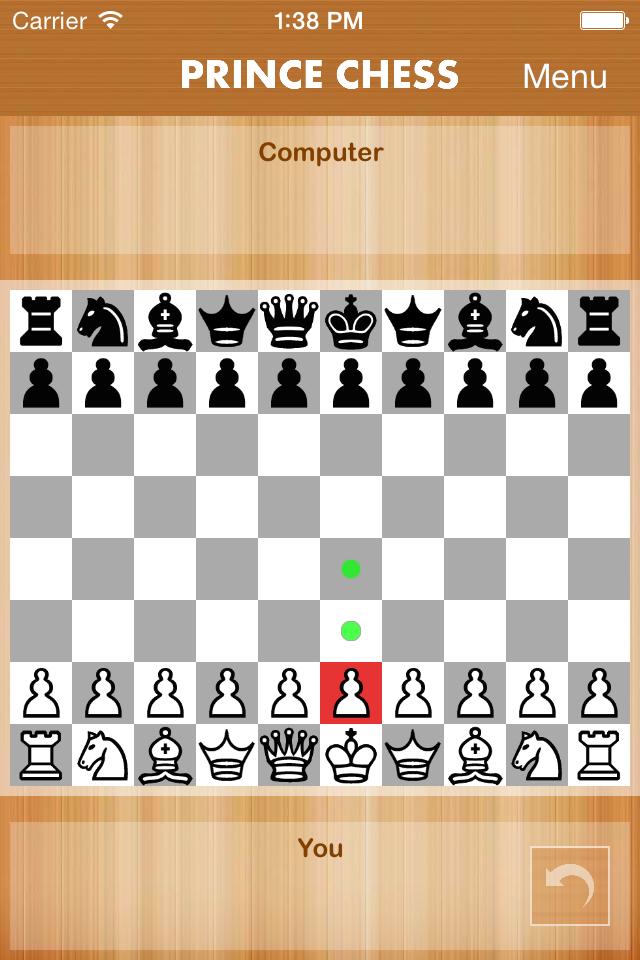 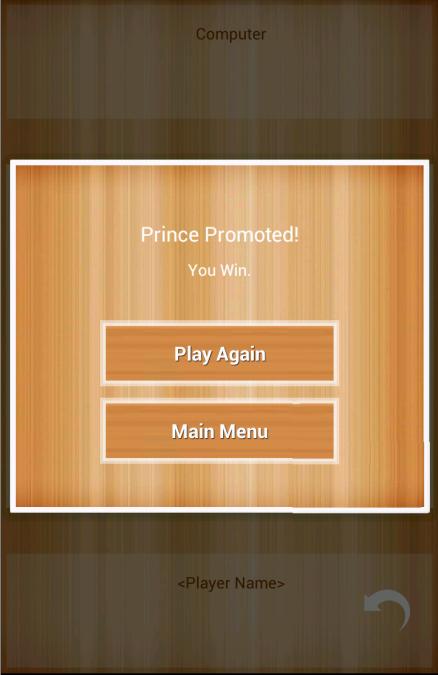 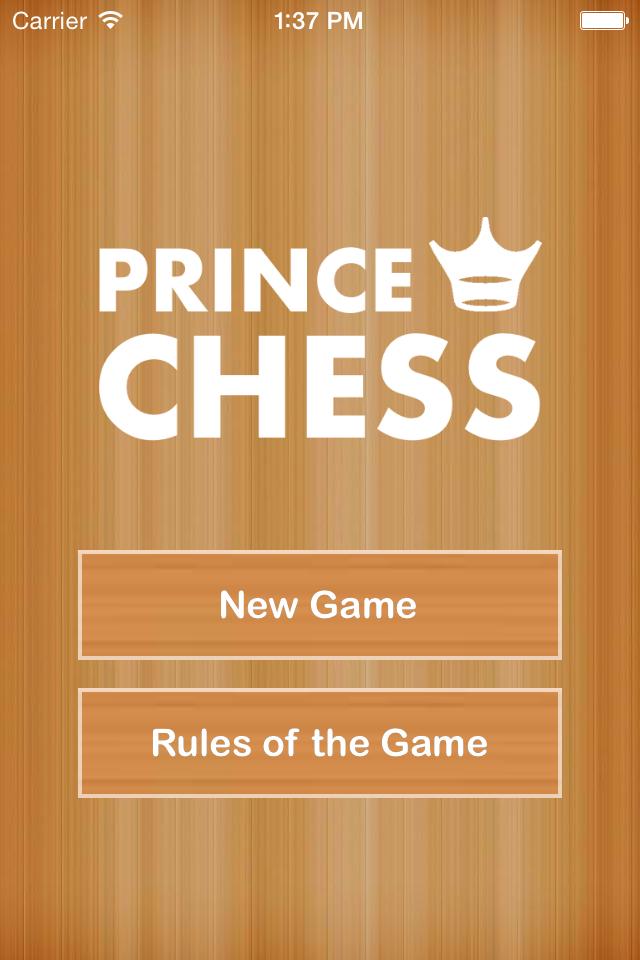 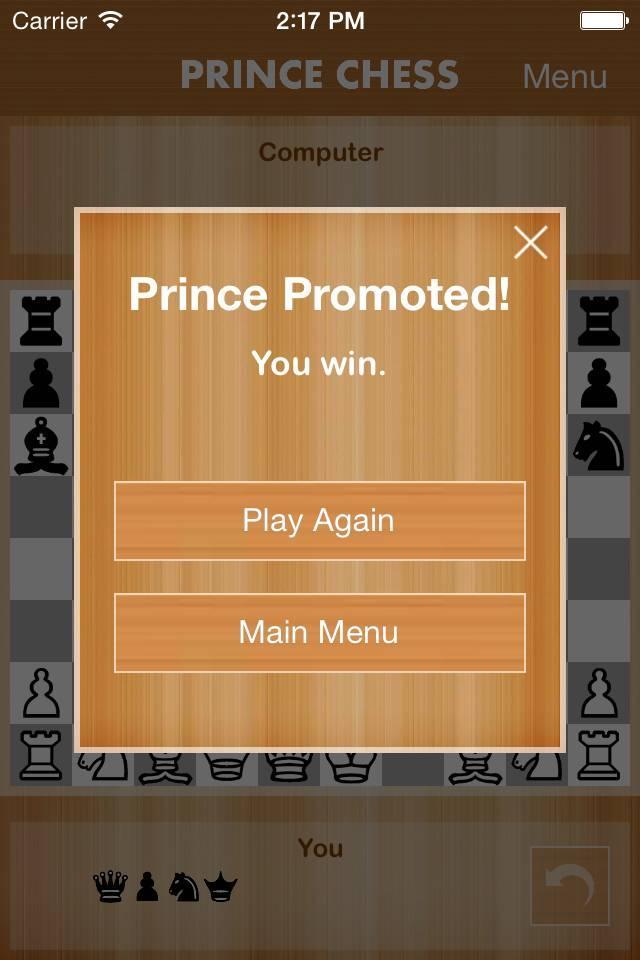 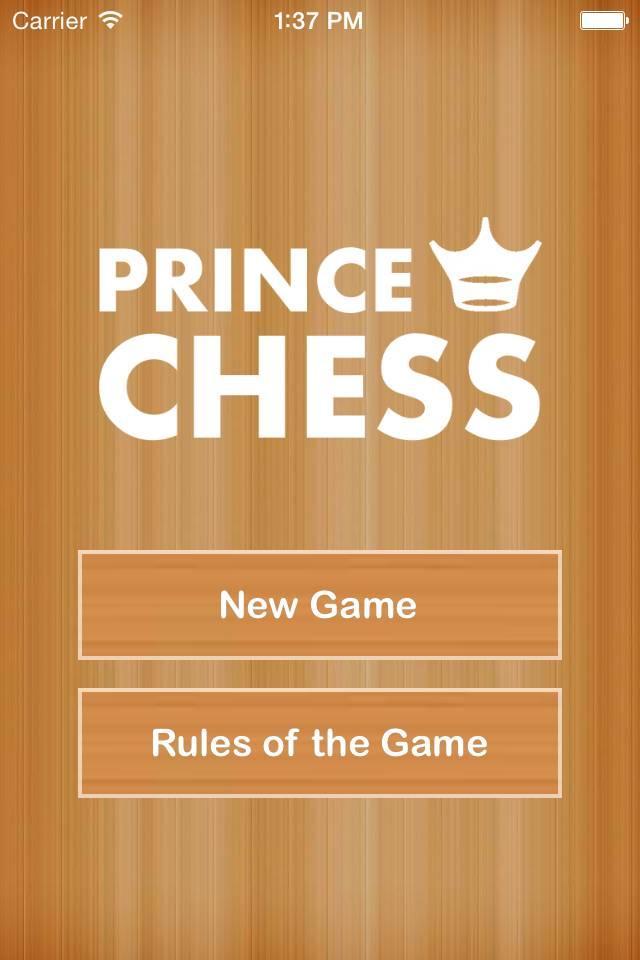 This game is a variant of chess wherein two additional chess pieces called "princes" and two additional pawns per player are incorporated in play. To accommodate the additional pieces, 16 more squares are added to the traditional chessboard.
The princes, which are positioned on either side of the king and the queen, move in the same manner as the king and are promoted to kings when they succeed in reaching the other side of the chessboard in the same manner that pawns are promoted to queens in traditional chess.
The princes may be played like an ordinary chess piece - to threaten, capture or defend - or else be preserved for the endgame in order to be promoted to kings. All other aspects of the game of chess, including castling of the king on either side of the board in the usual positions are retained.
The objective of the game is to either checkmate the enemy king or promote one of the two princes. The first player to promote a prince or checkmate the enemy king wins. Draws occur in the same manner as in ordinary chess, if neither side has the forces to promote the prince or checkmate the enemy king.
Because of the two modes by which a player can win, it is possible for both sides to launch double-pronged attacks on all flanks aimed at promoting his prince and checkmating the opposing king. Both players may find themselves simultaneously attacking and defending in strategies and combinations not possible in traditional chess.
The board game version actually incorporates two games in one. To play ordinary chess, the princes and the four extra pawns are simply eliminated from the board and the 16 excess squares on either side of the board excluded from play.
Although not much harder to play, it is much more complex than traditional chess and opens a whole new world of chess theory, opening variations, mid-game and end-game strategies, etc. Because of the two modes by which a player may win, Prince Chess offers opportunities for simultaneous offensive and defensive strategies that are not possible in classical chess.