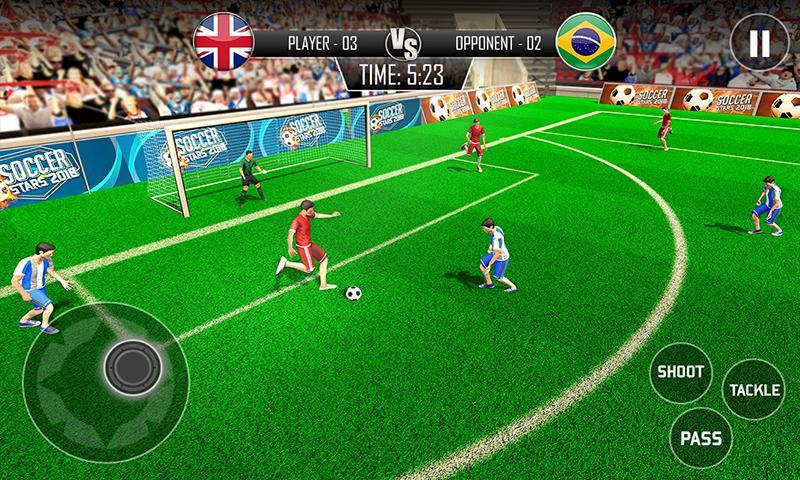 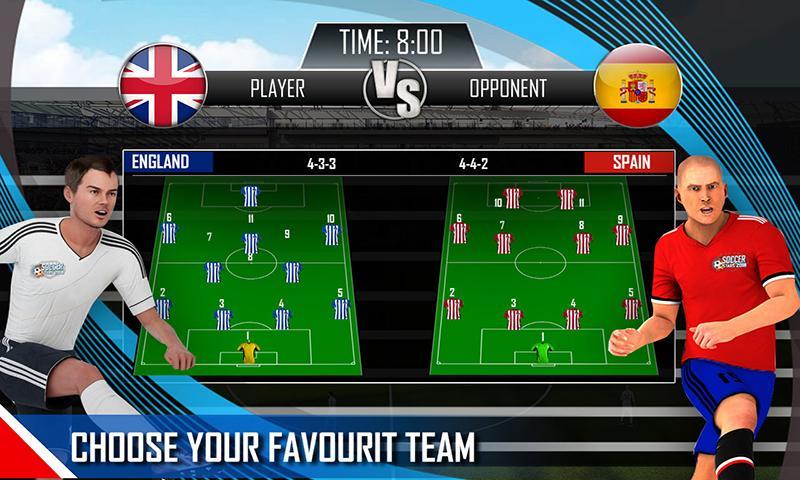 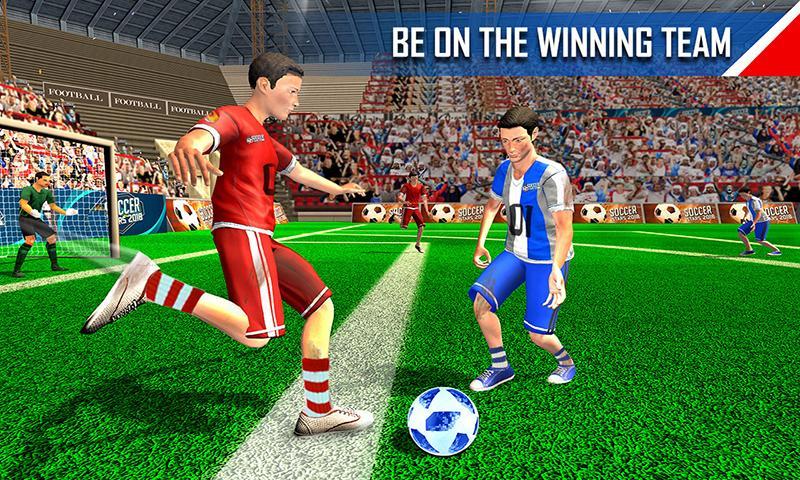 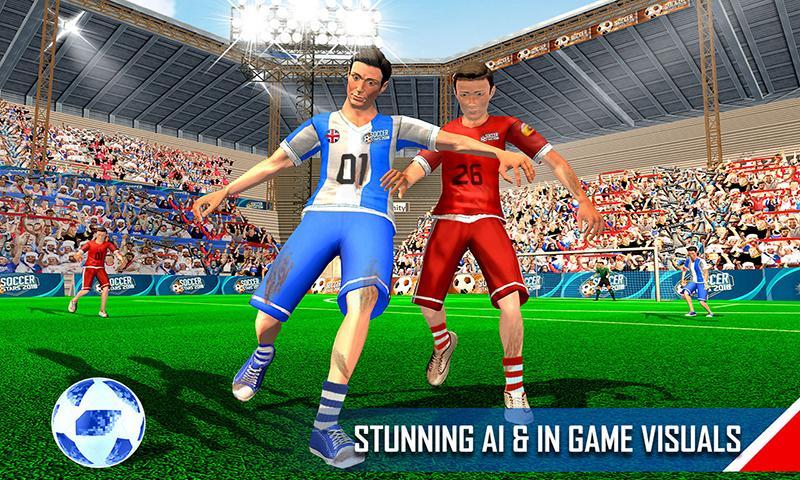 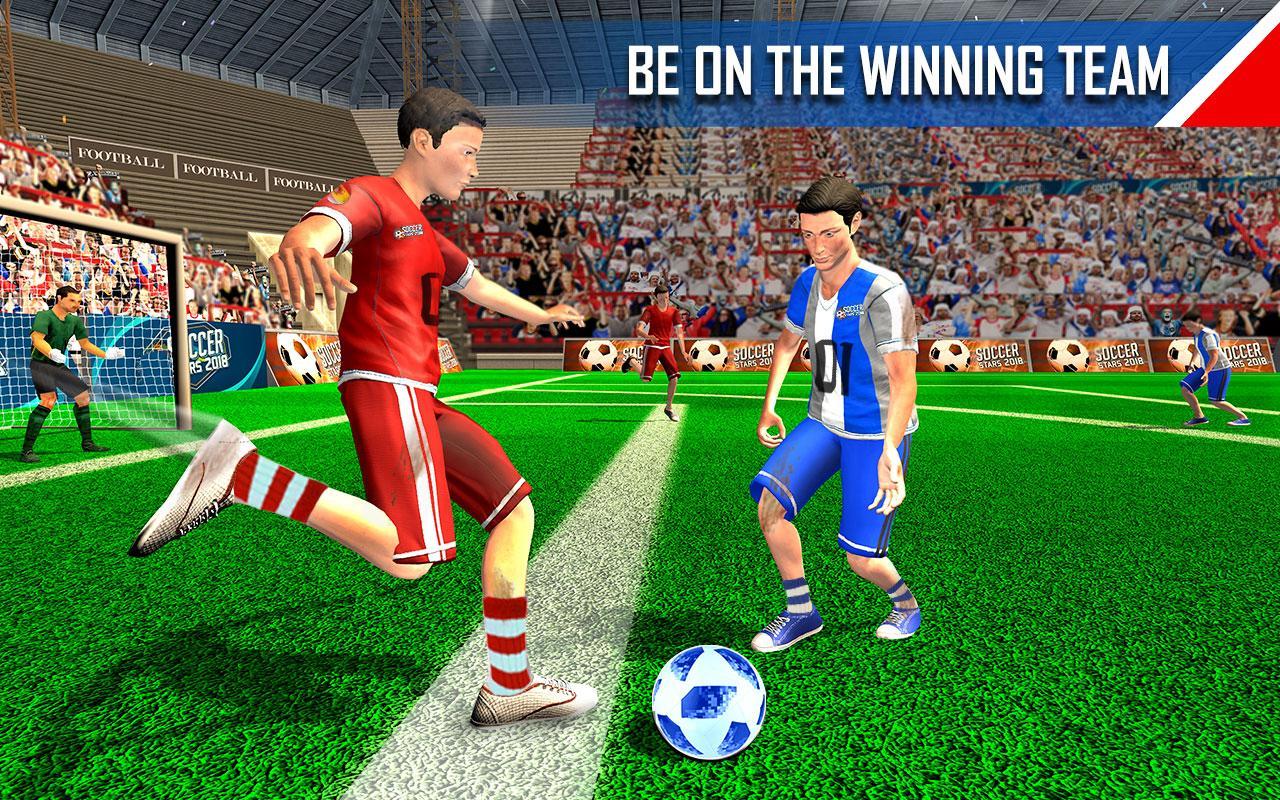 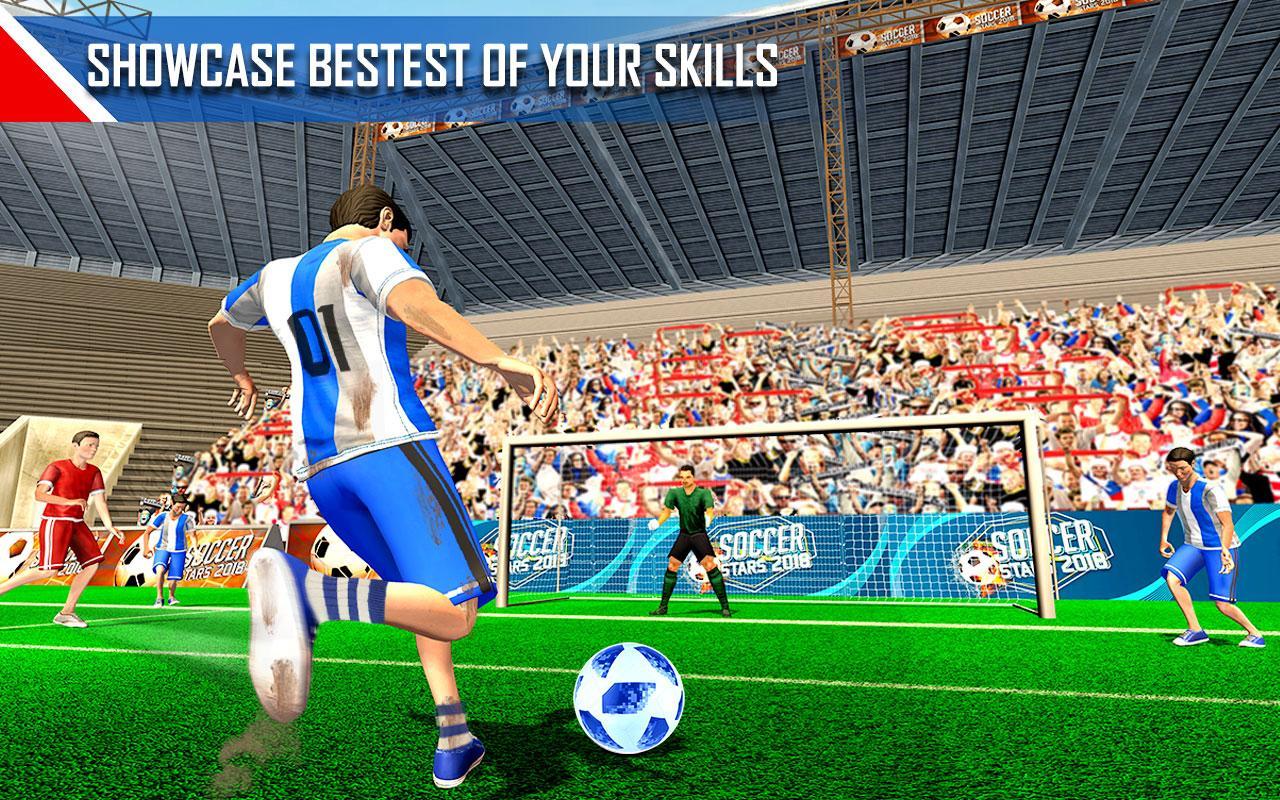 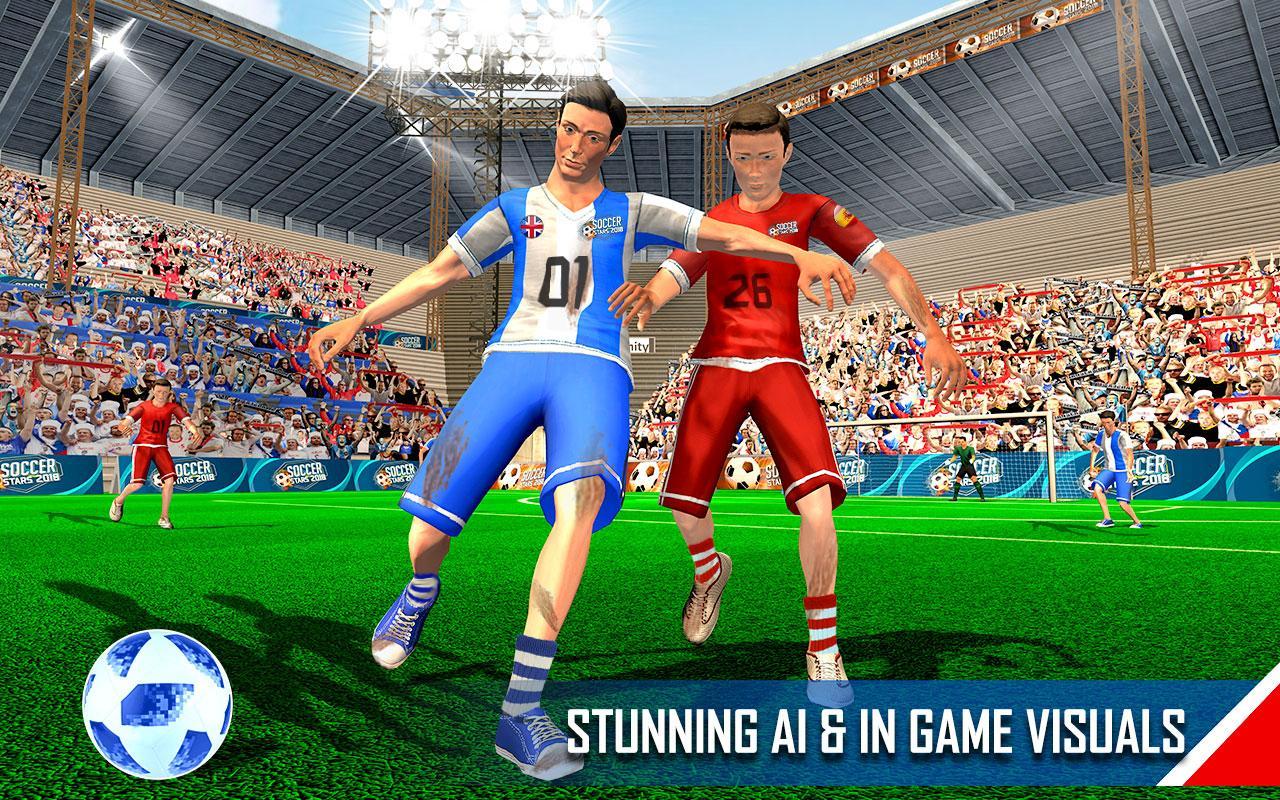 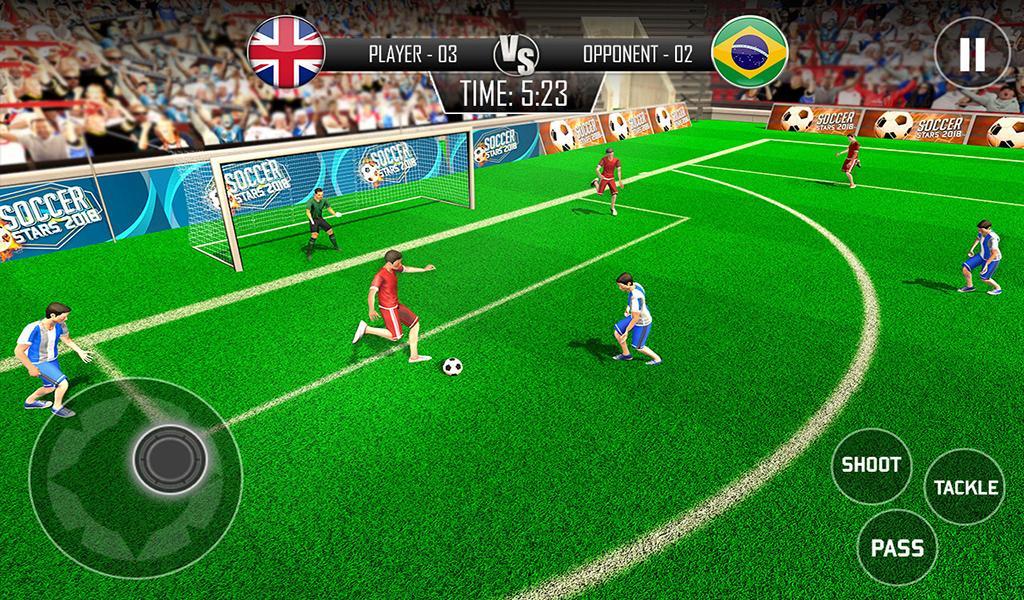 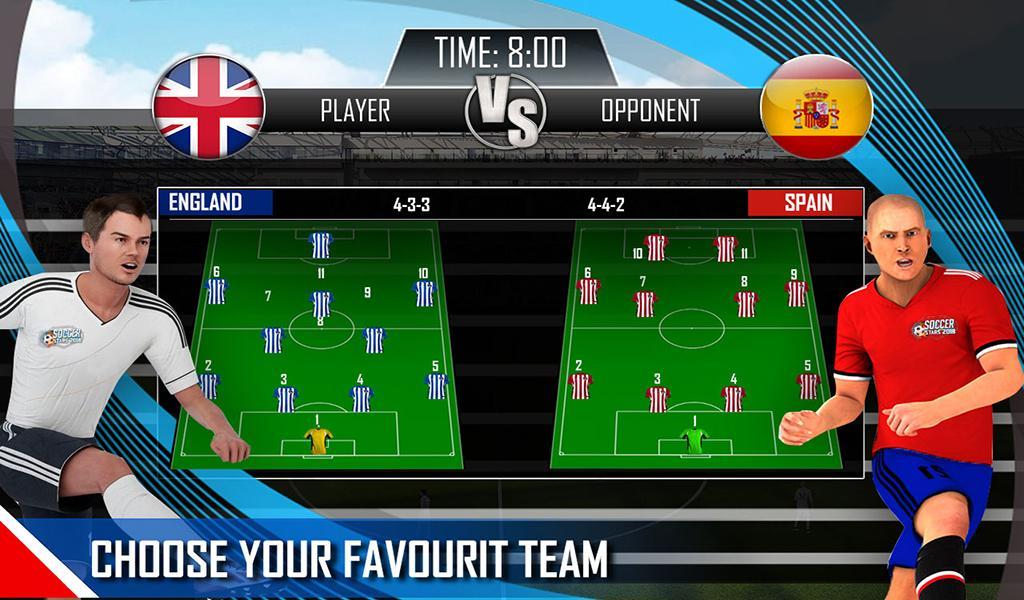 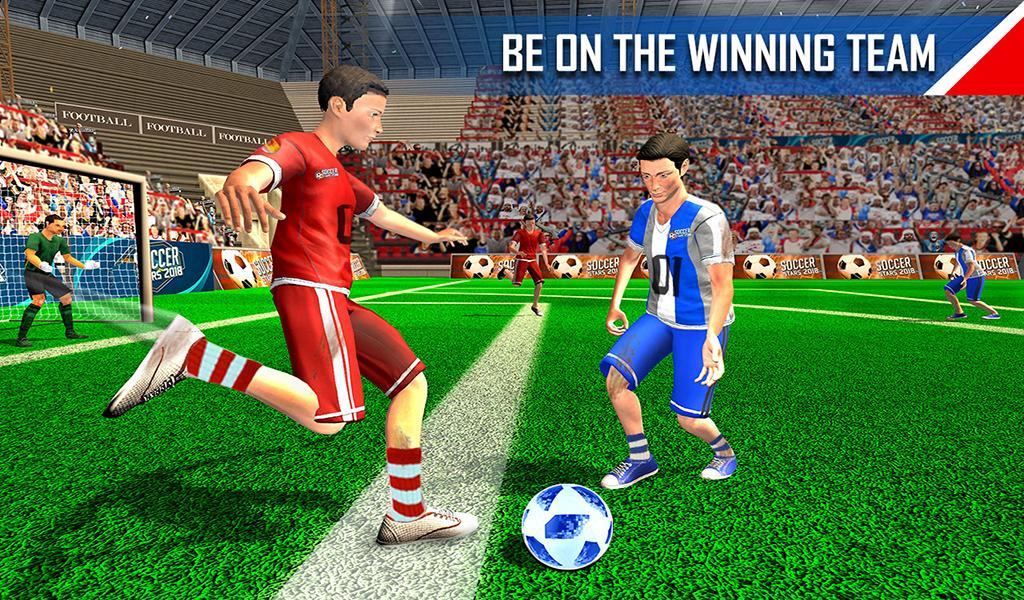 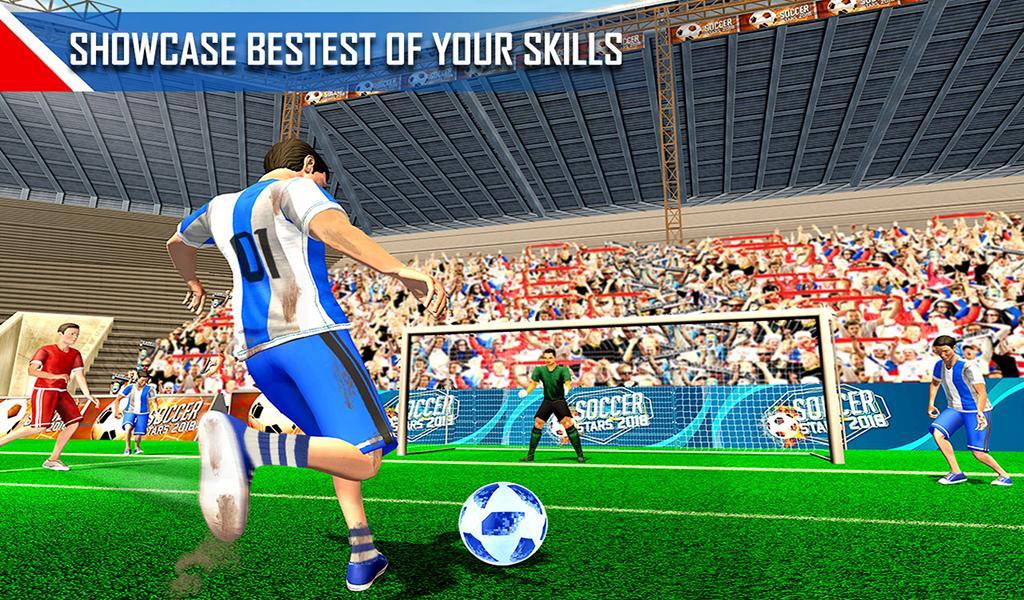 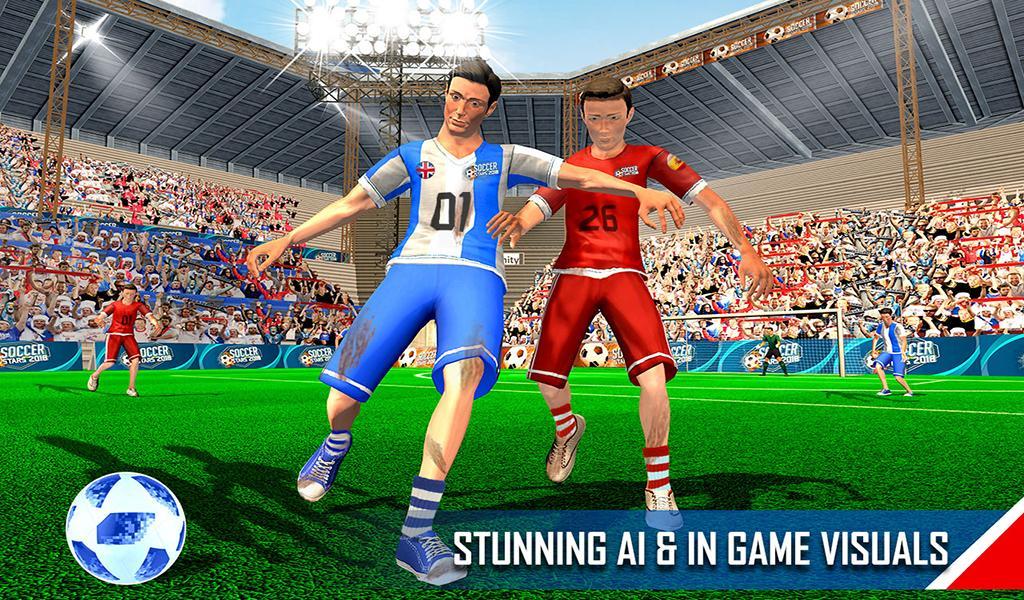 Real Football wc 2018 dream league soccer stars is an epic sports game for soccer game fans. Become a professional athlete in this soccer game football league. Russia is hosting the worldcup 2018. Become a football master with this professional athlete’s game. You can steal, pass or shot the ball to slam a fantastic goal in this soccer game. Download Real Football wc 2018 dream league soccer stars and get ready to be the part off world cup 2018 for the best football flick kick the ball to the goalkeepers that shootout the ball out from the goalkeeper range.
Kick start when the referee blow the whistle in this five-a-side football cup and start the match with your kick. Steal from the rival left forward, pass towards your team mate dodge the defender and shot the goal passing goalkeepers. Become the soccer hero in this football league as football stars are all with you playing this five-a-side football cup game.
Choose your favorite team and select your opponents. Try to finish match in the given time, don’t take it for the penalty shootouts. Use football flick the ball to make a superb goal dodging the goalkeepers. Lead your team to win against all rivals and win this fantasy soccer championship with your football star skills. The match is in tough situation the game is dependent on penalties get ready to be a swerve goalkeeper and block lighting fast swinging shoot penalty and be super football star striker for your country. This wonderful & extremely amazing soccer game is a full of extreme challenges and tough group matches.
Real Football wc 2018 dream league soccer stars, pass, dodge & shoot among the top premier club football championship shooter defense game play football. Its time to get back to your first love soccer game worldcup 2018and be among the soccer stars.
Real Football wc 2018 dream league soccer stars Features
● Realistic football game-play in action that was never before
● Awesom Graphics
● Smoother ultimate football gaming experience
● Select the team win it with easy action controls
● Real Life gaming players in the field with amazing features
● Intuitive penalty gameplay on your Android Smartphone device
Handel your players like team manager. Enjoy the head soccer games of football league with experience like never before. Best arcade Football for kids fun games
Disclaimer
FIFA World cup 2018 are registered Federation that has been used in other countries and regions around the world.
This App is not affiliated, maintained, authorized, endorsed or sponsored by FIFA or any of its affiliate. It is an independent UI and personal Assets based game. All pictures, sounds, ideas and other assets used in this application have the ownership of respective Studio and subject to change without notice. This is a soccer ball app based built just for the purpose of fun & entertainment. They have been used just for illustration purposes without any negative intent. In case of any objections, please do write to us so we may act and rectify the issue accordingly.