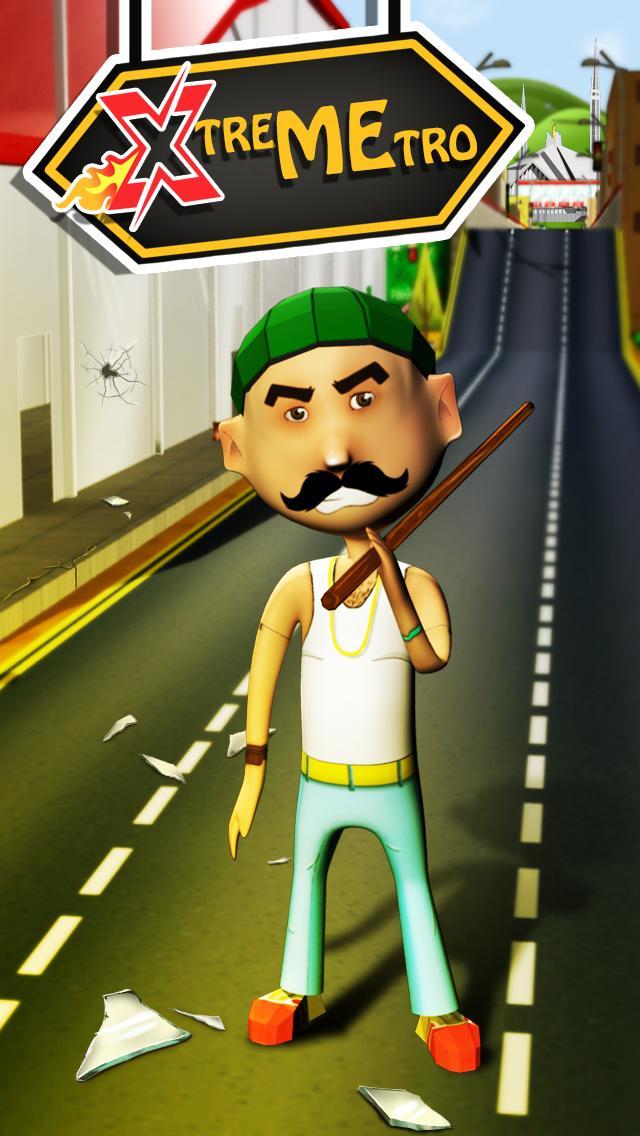 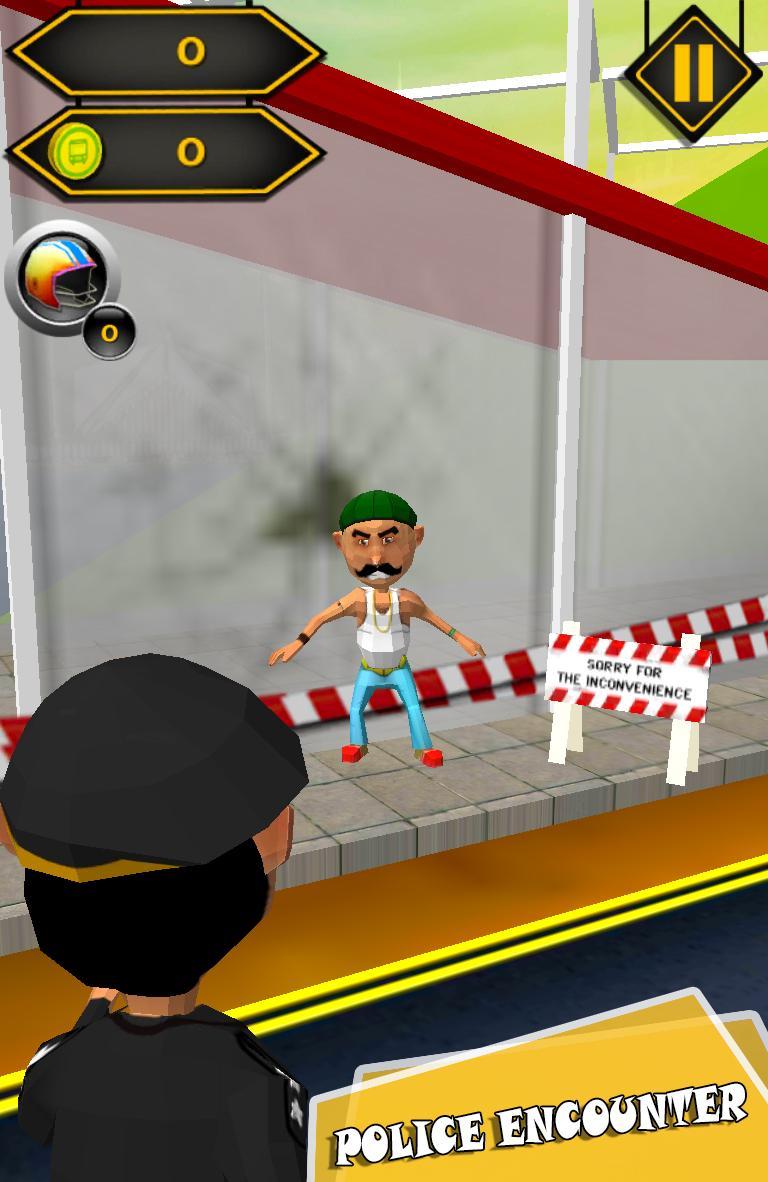 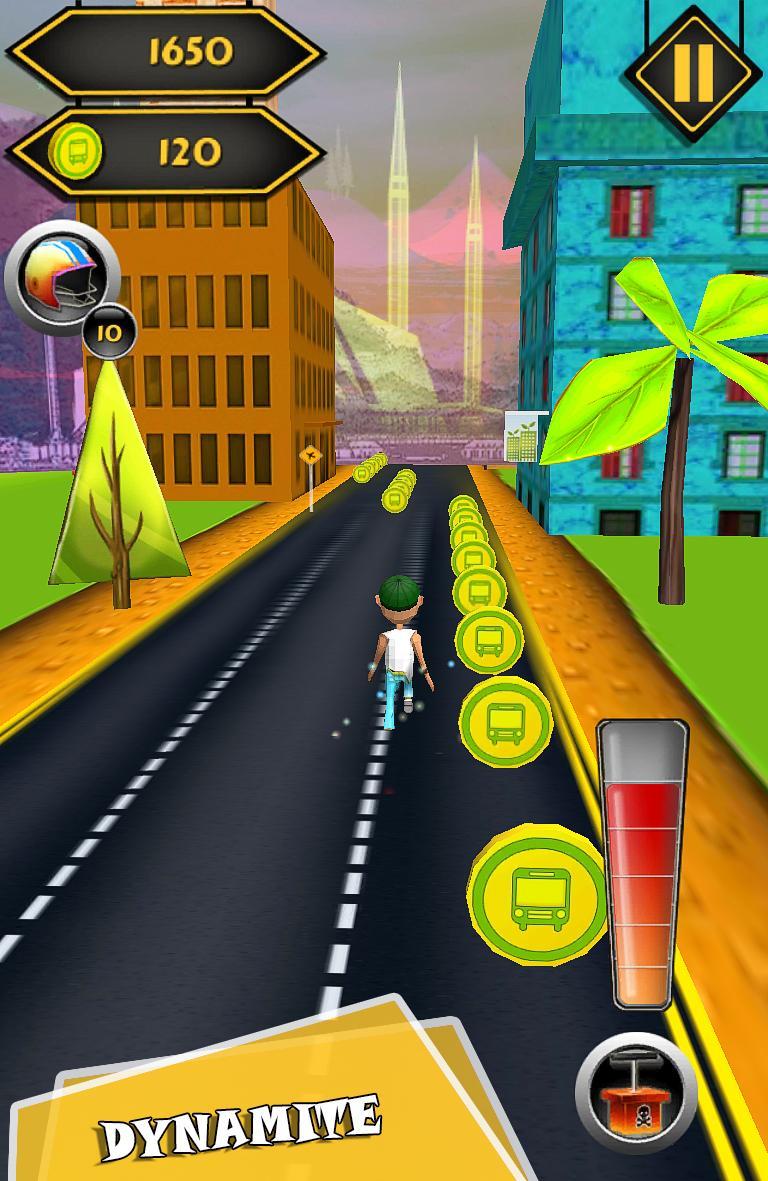 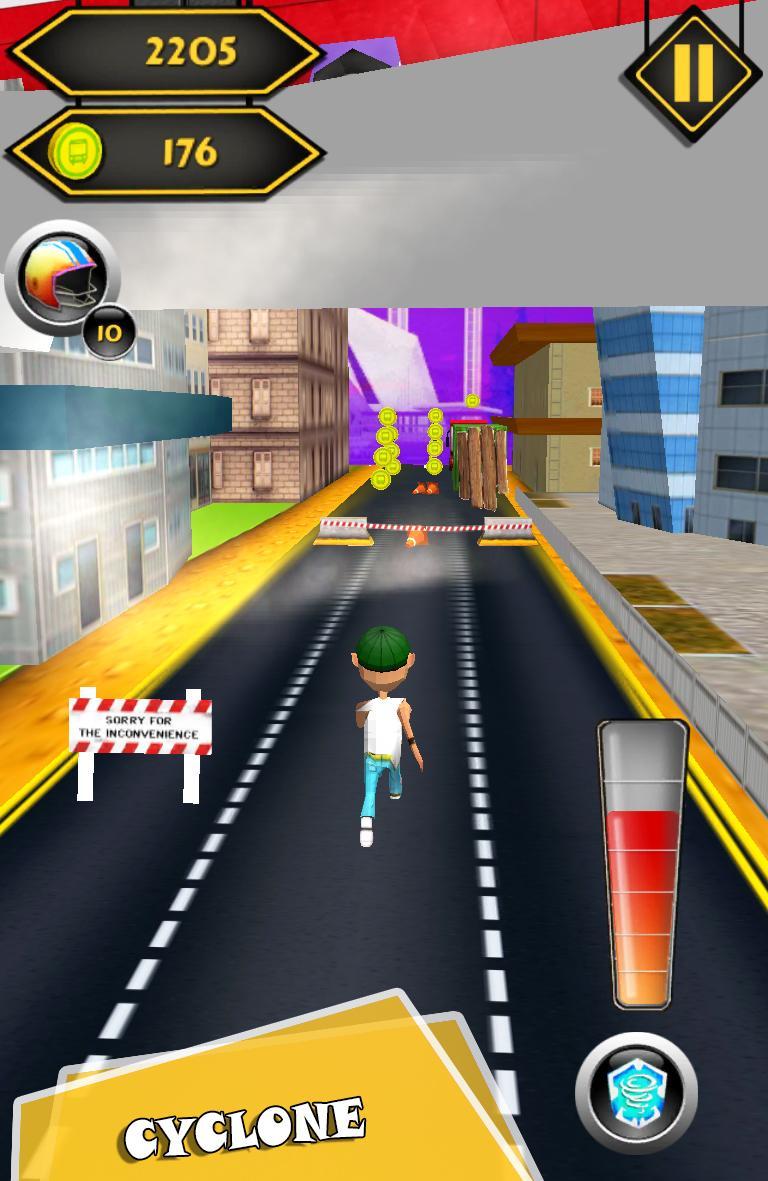 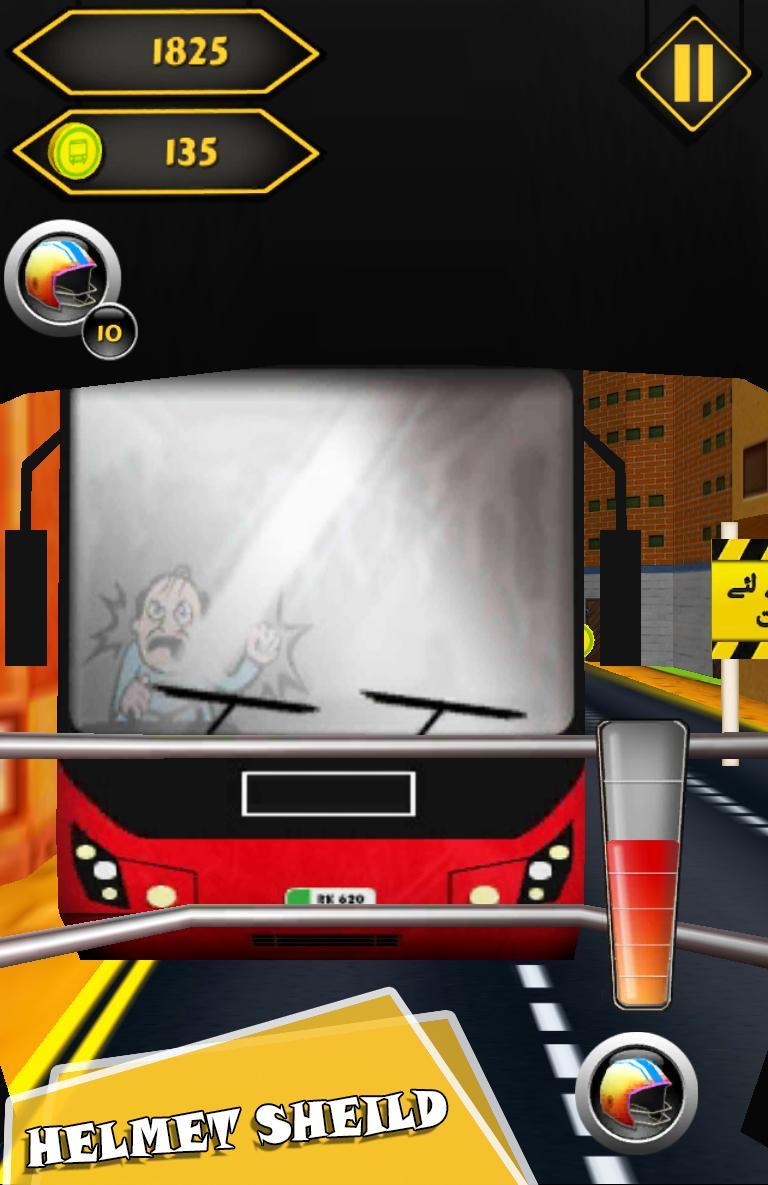 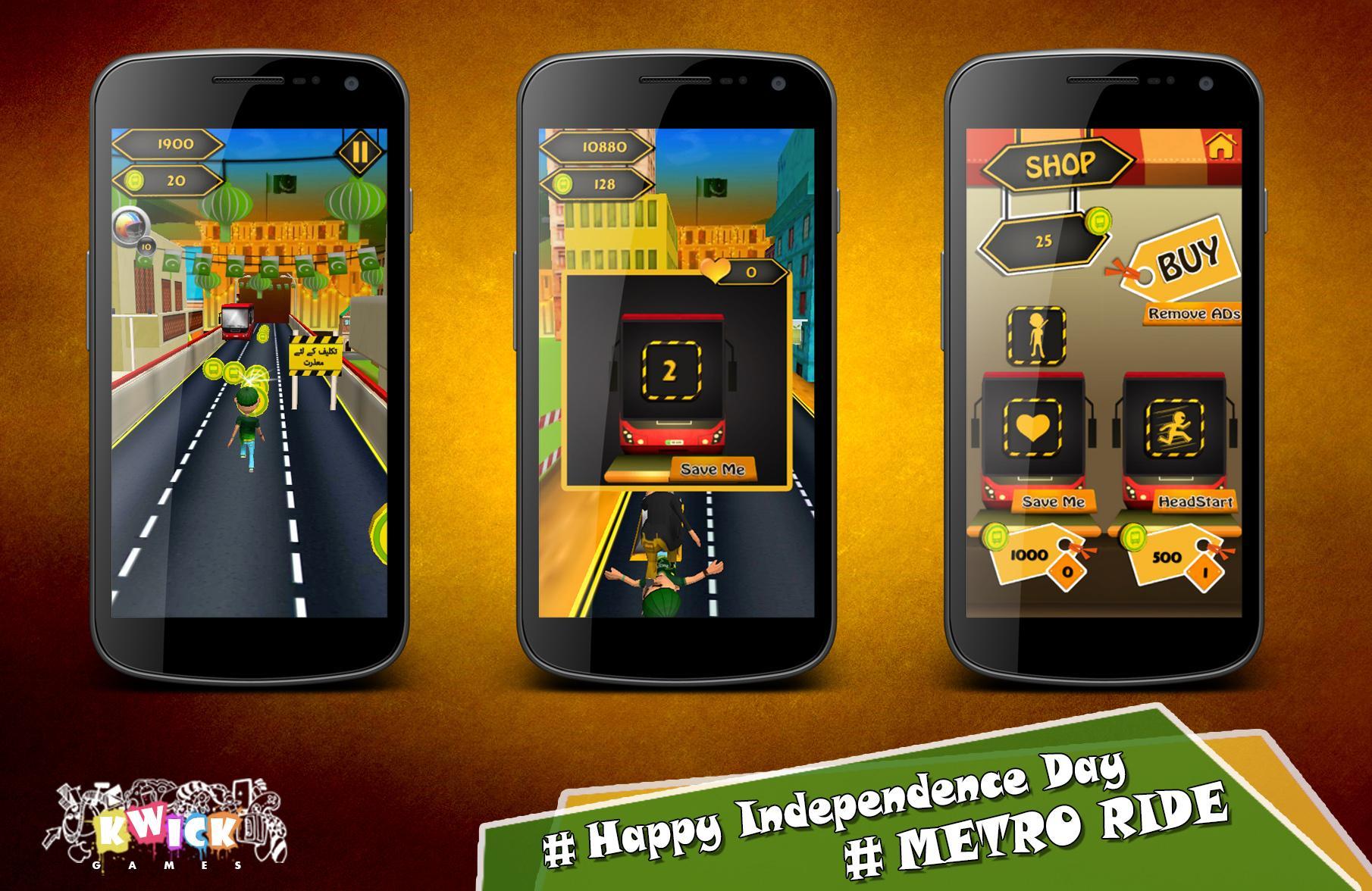 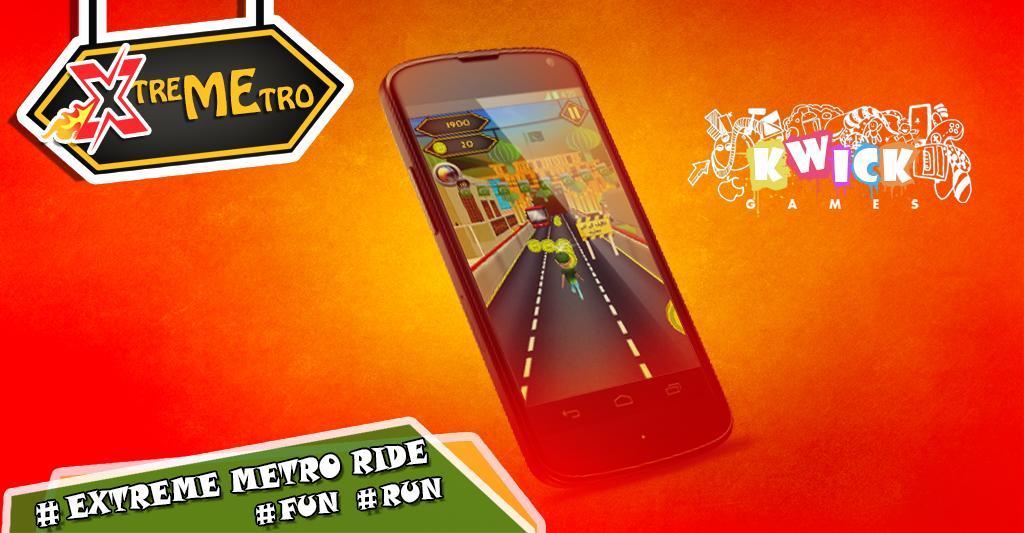 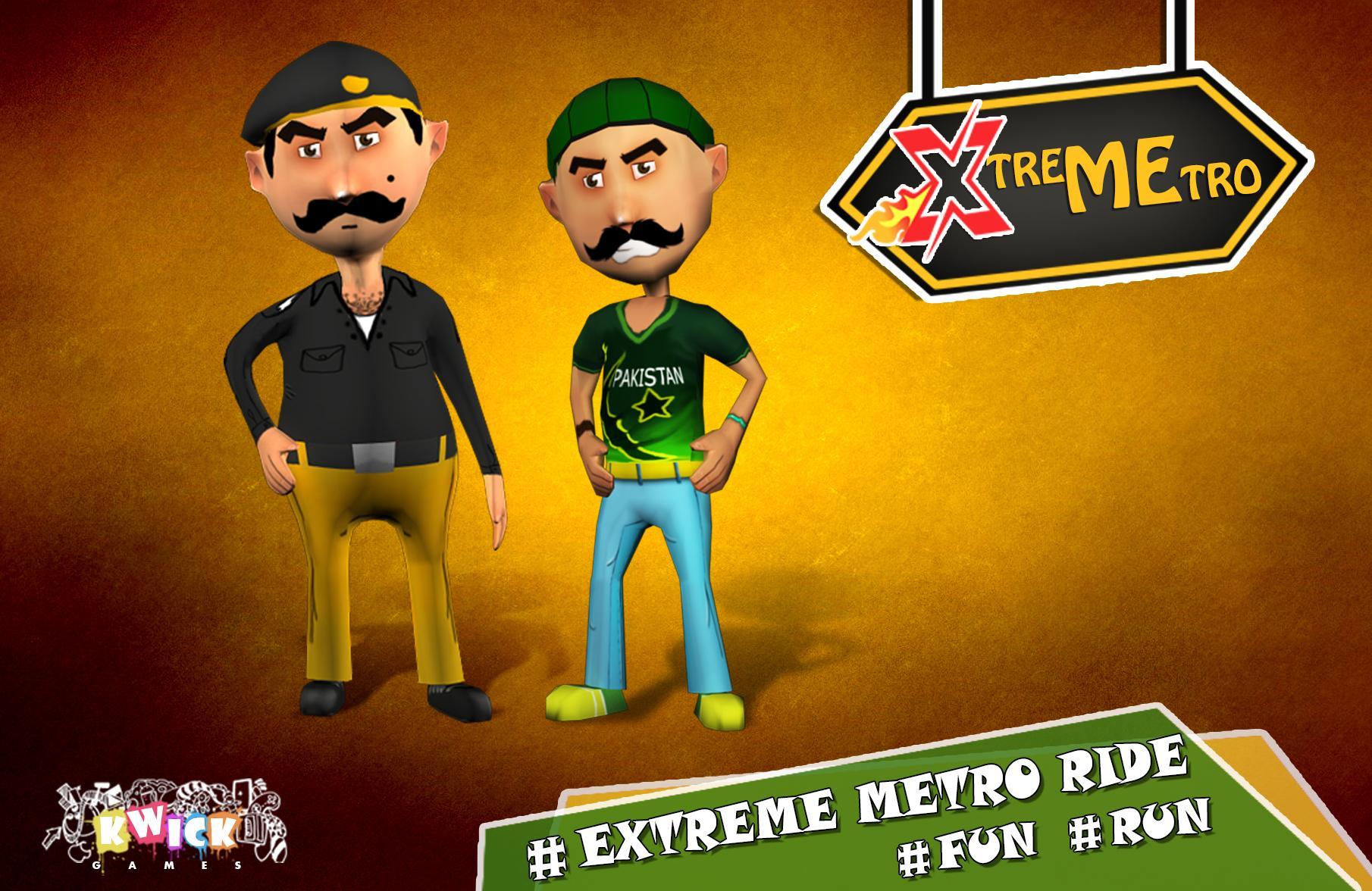 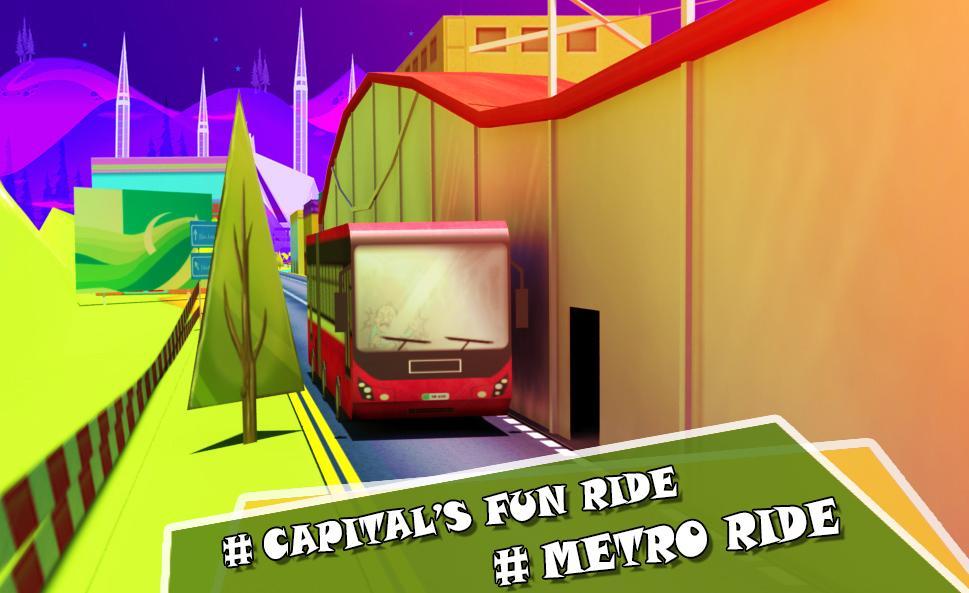 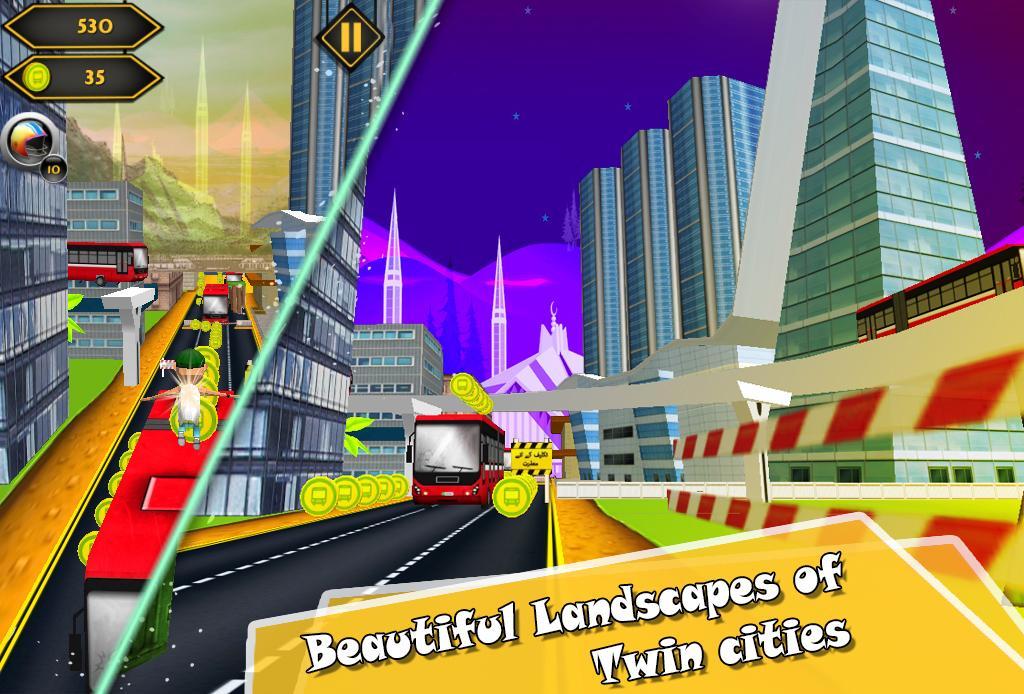 A rowdy illiterate adult from a small city who was smashing and destroying Metro bus station to express his frustration running for his life from an angry policeman.Enjoy the thrill of chase and help him to run away from the furious policeman.
Extreme Metro Run is an entertaining arcade run game with colorful and HD graphics.
“Bhola Ustaad” a desi middle aged frustrated character inspired by the notorious “Gullu Butt” is Unleashing his inner Gullu by smashing Metro bus station with a rod.
A policeman darts behind him across the alluring track of Metro Islamabad-Pakistan.
Help “Bhola Ustaad” in escape from the clutches of sulky policeman before he gets caught and thrashed.
Extreme Metro Run is an amazing running game for Android with different scenarios of Metro track and colorful environment and vibrant graphics.
Get this game now for FREE!!!!!!
Collect Metro tokens, slide to jump over the obstacles, and avert collision with Metro buses and containers. Several pickups are placed on the Metro track like magnetic cyclone, multiplier, shields and speedy score booster to improve your performance.
Upgrades your power up regularly to boost your score
Features:
- Multiple amazing pickups on a track to boost score.
- Different Characters to play with.
- Colorful and vivid HD graphics.
- Shop having multiple items to buy.
- Lightning fast swipe movement.
- Metro Buses and container to dodge.
- Challenge your friends on Facebook and Google +.
- Surf the beautiful city of Islamabad.
- Realistic 3D environment focusing on the beauty of Islamabad-Pakistan and recently added mass transit facility to the twin cities.
- Universal App with high optimized graphics and sound for tablets and phones.
Help “Bhola Ustaad” run as fast as you can. Run till you are on top of your friends list. Share your score with friends on Facebook and Google+, invite them to challenge you and compete for the leader board.
Extreme Metro Run is an adventure endless runner unlike any other having a full desi touch and beautiful landscapes of Islamabad-Pakistan. An adventure running game inspired by the famous arcade games subway surfer and temple run with a full desi implementation!
Put the apex runner inside you on the city streets and succor him run past the oncoming Metro buses.
Download and play your new “FREE” exciting game on Android Phones and Tablets.
You can also join our Facebook page “Extreme Metro Run” for future updates on this game.
https://www.facebook.com/pages/Extreme-Metro-Run/778228078956890